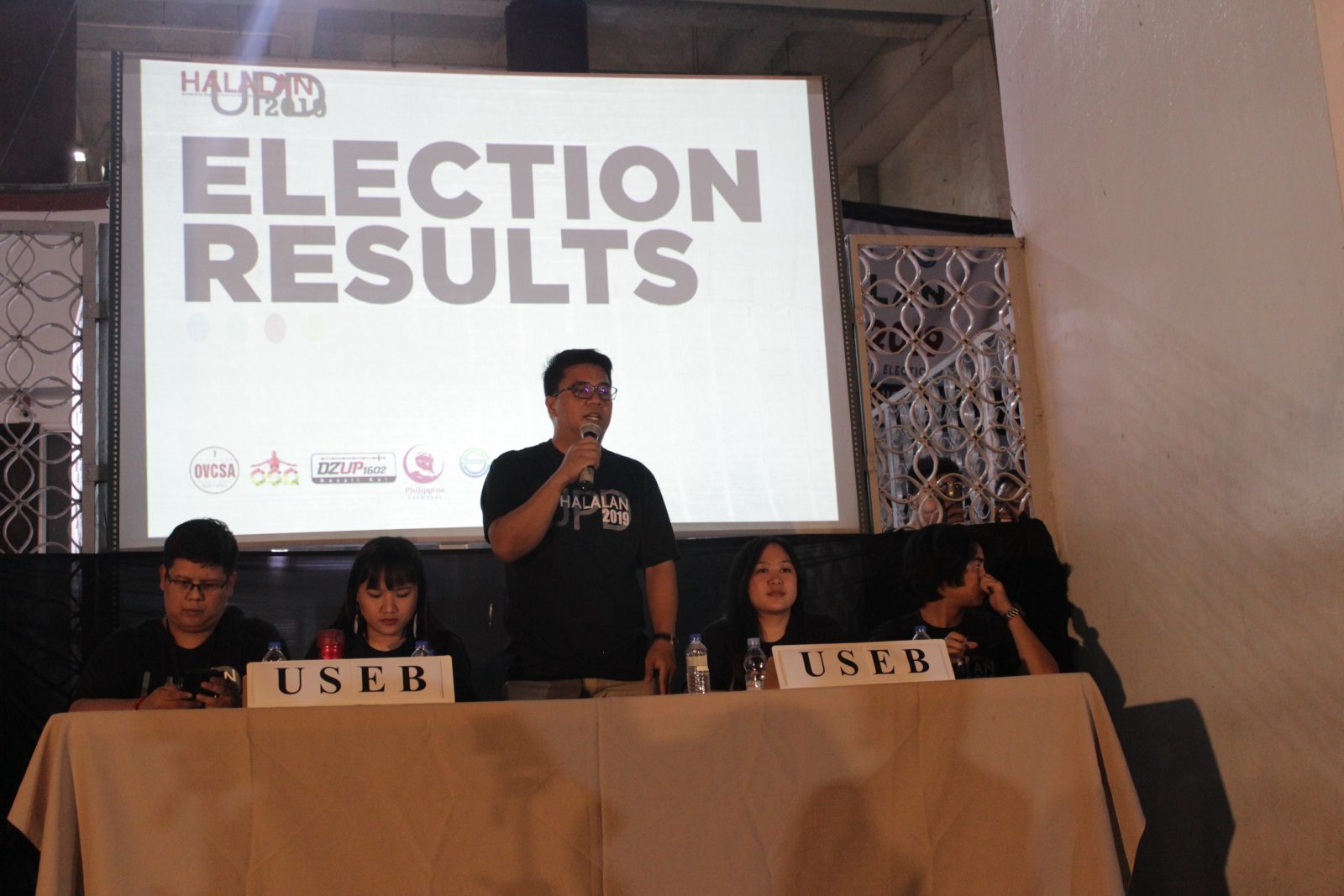 Agpaoa and the University Student Electoral Board (USEB)

(APR. 15)— Nagkakaisang Iskolar para sa Pamantasan at Sambayanan (KAISA) standard bearer Sean Angelo Thakur is the new chairperson of the UP Diliman University Student Council (UPD USC) after defeating Student Alliance for the Advancement of Democratic Rights in UP (STAND UP) standard bearer Floricar Meirylle Manalo in the Apr. 11 election.

Although KAISA topped the councilor position, STAND UP dominated the polls with seven members elected as councilors. 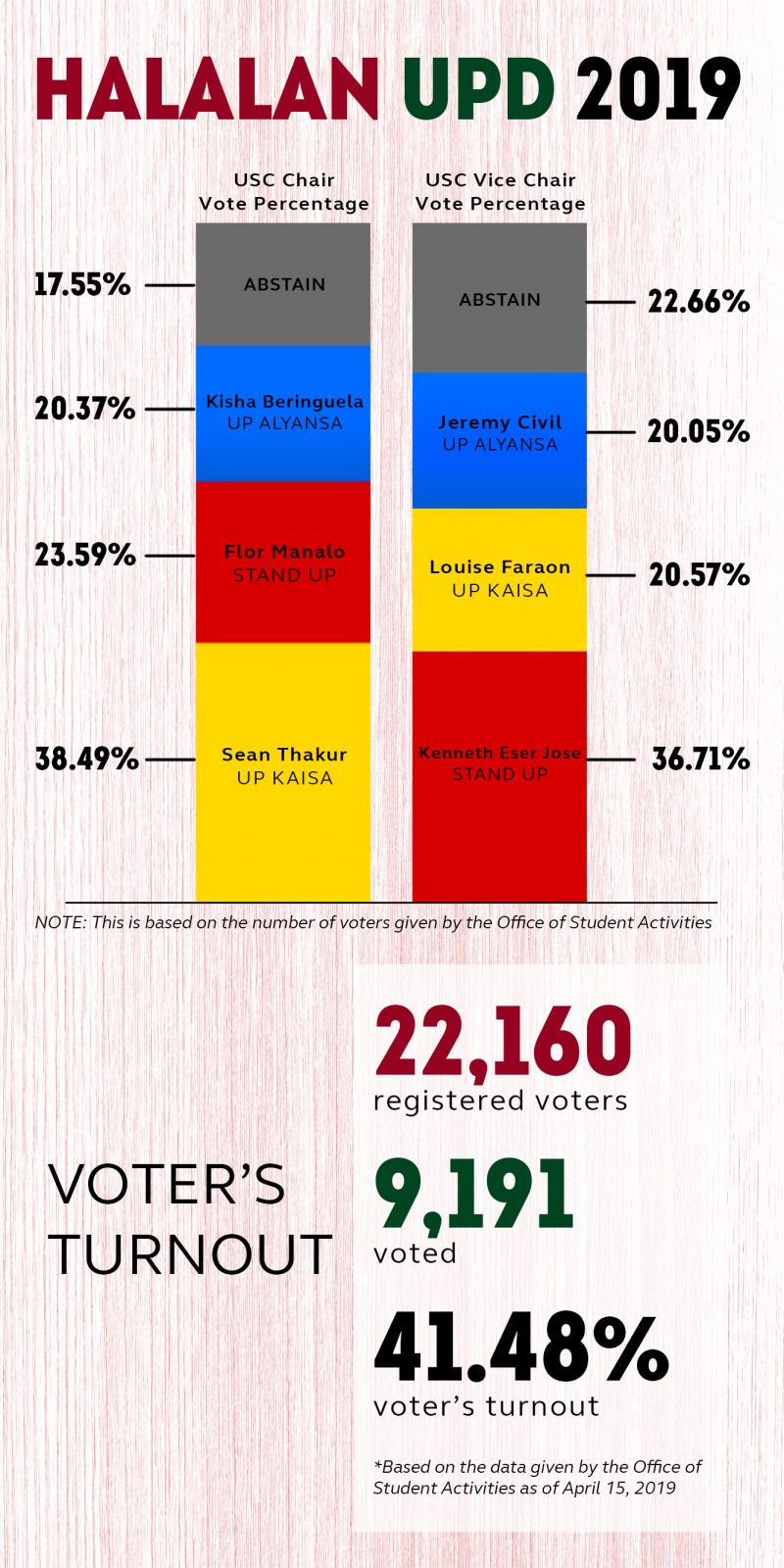 Completing the list of councilors are: ALYANSA members and CSSP students Lorenzo Miguel Relente and Gemina Dela Cruz was garnered 2, 938 (6th) and 2,295 (12th) votes, respectively, and KAISA member Jeremiah Velmonte of the College of Fine Arts/CFA (10th) with 2, 468 votes.

Meanwhile, of the 27 degree granting units, 17 college representatives were also elected comprising three from ALYANSA, five from STAND UP, three from KAISA and six independent candidates. 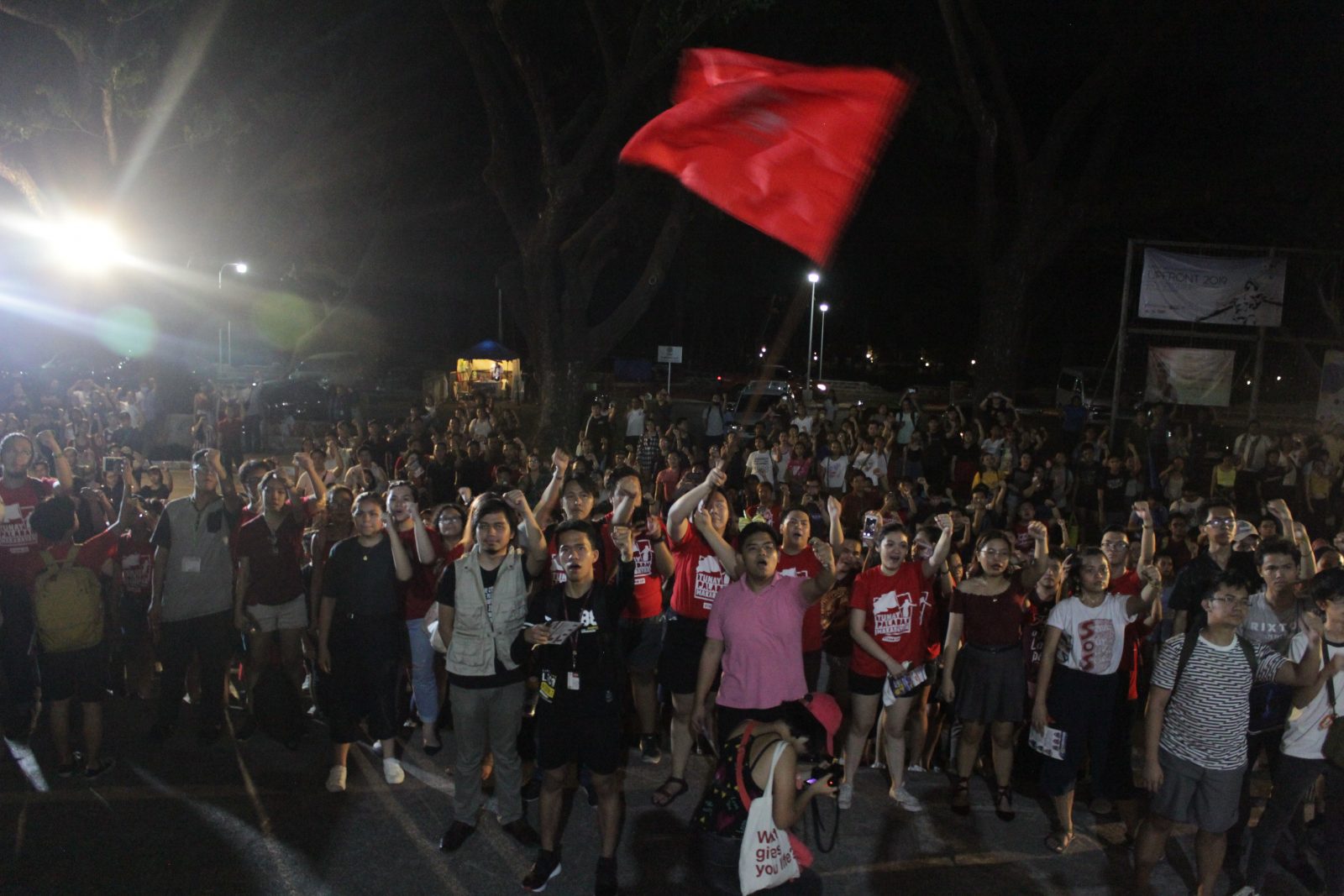 According to Article IV Section 2-A of the Constitution of the USC in UPD, “The college representative shall serve as a liaison between the USC and the local student council.”

Election results were based on the number of students who voted manually and online through the open-source software Halalan. The Halalan software was initially used in the 2009 USC elections.