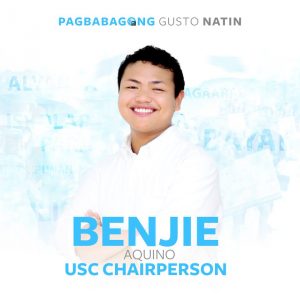 Toribio, also from VSB and a former USC councilor, succeeds Beata Regina Carolino of STAND UP. 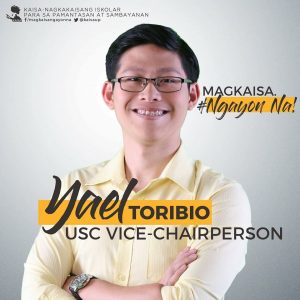 UPD has 27 degree granting units. However, only 19 elected representatives for their respective units. The seven units without representatives are the UPD Extension Program in Pampanga and Olongapo and units offering graduate programs, namely: Asian Center, Archaeological Studies Program, Institute of Islamic Studies, School of Labor and Industrial Relations, School of Urban and Regional Planning, and Technology Management Center.

Article IV Section 2-A of the Constitution of the USC in UPD states, “The college representative shall serve as a liaison between the USC and the local student council.”

Election results were based on the number of students who voted online through the open-source software Halalan. It was initially used in the 2009 USC elections.

All elected student officials will serve in UPD’s USC for Academic Year 2017-2018.