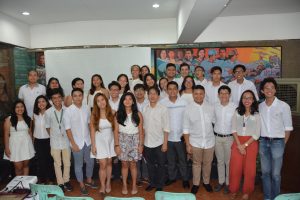 Beata Regina Carolino, USC Vice Chairperson for Academic Year (AY) 2016-2017, turned over the leadership to Aquino on behalf of Leaño who was at a press conference held on the same day at the College of Mass Communication auditorium.

In her message to the incoming USC and CSC, Carolino said “Truth of the matter is there are more important things that are happening outside the University. But, of course, there are also equally important things that are happening inside. Please don’t use your responsibilities outside the student council as an excuse to miss out on your responsibilities as a student council member.” 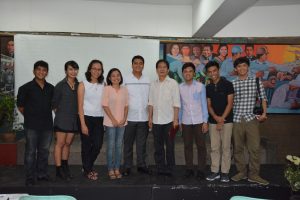 For Aquino, “It doesn’t matter if you’re the number one councilor or the number 12 councilor. We’re all just councilors. It doesn’t matter if your college has a population of 2,000 as compared to a college that has a population of 100. We’re all elected. We all have the mandate and we all have responsibility to fulfill that mandate. Let us not forget that.”

Meanwhile, Afable, the first School of Statistics student to lead the Collegian, will replace Karen Ann Macalalad as EIC.

According to the Kulé’s report, Afable bested three contenders in the editorial examinations held on Apr. 29 with a total score of 78.8 points. He also earned the highest score in all categories comprising editorial writing, news writing and layout.

Macalalad turned over to Afable a logbook documenting all the activities and issues discussed during her term and the key to Kulé’s office. 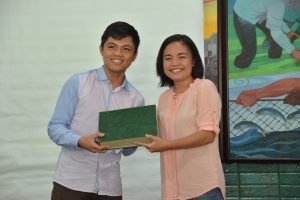 She informed the incoming editorial board members about the continuing issues faced by the Collegian when it comes to printing, bureaucratic process in the government, budget and office operations, and in dealing with bashers, harassment and threats from Kulé critics. 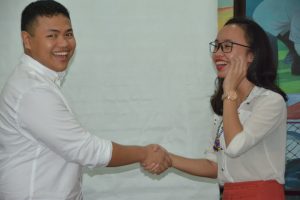 In his message, Tan congratulated the incoming USC and Kulé editorial board and encouraged them to include in their agenda the needs of not only the students but also the staff, faculty and the community.

He asked USC and Kulé’s support in organizing “Lakbayan of National Minorities” to be held again at UP Diliman in August. He also urged the USC to come up with a program that will help students from public high schools around the UPD campus like in Krus Na Ligas and Balara to pass the UP College Admission Test (UPCAT).

“The idea is to get to the students, habang maaga, magmentor, to help them hurdle the UPCAT and once they are in UP, to continue to be with them throughout their four or five years in college,” the chancellor said.