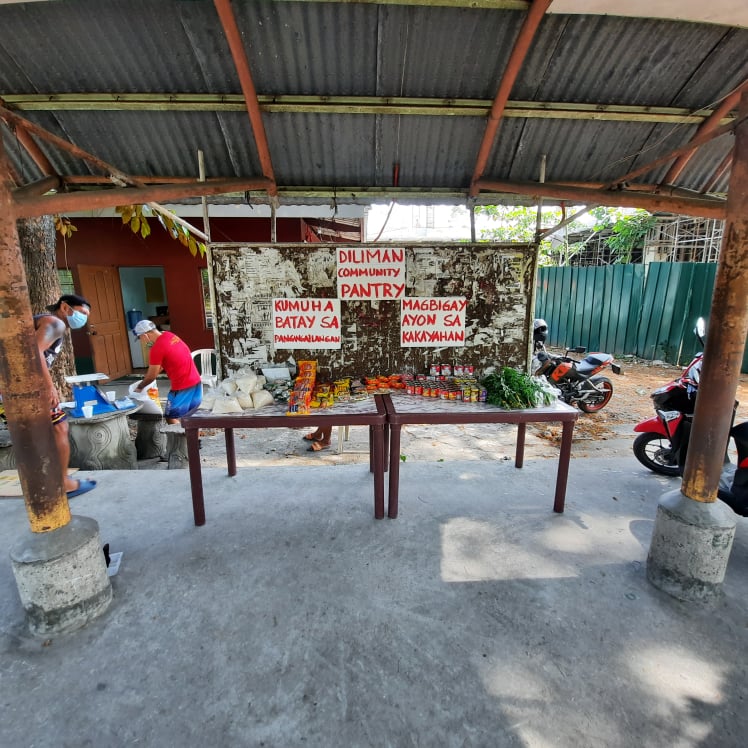 (APR. 19) – Today, April 19, a community pantry near the All UP Workers Union (AUPWU) headquarters near the shopping center that the AUPWU, the University Hotel Workers Union (UHWU), Samahan ng Manggagawa sa Quezon City (SMQC) and ALSA (Alyansa ng mga Samahan) Diliman set up got off to a hot start, closing shop within three hours of opening.

Set up in the waiting shed infront of the headquarters, the initiative was inspired by the Maginhawa Community Pantry according to AUPWU Diliman Chapter President Clodualdo “Buboy” Cabrera.

Pooling funding and contributions from all the aforementioned associations, some P5,000 worth of grocery items such as rice, canned goods and vegetables were placed in the pantry at 8:30 a.m. By 10:30 a.m. the needy had cleaned out the whole table, which is in line with the organizers’ purpose.

The pantry is scheduled to reopen on Wednesday, Apr. 21, to which several AUPWU members have already pledged both in-kind and cash support.

For Cabrera, the continued success of this initiative will depend on the support and sense of community among UPD constituents.

For those who wish to send their donations for the community pantry, you may send them to the All UP Workers Union Office at Laurel Ave. corner Roces Street, UP Diliman, Quezon City. For other information, you may visit their Facebook page. 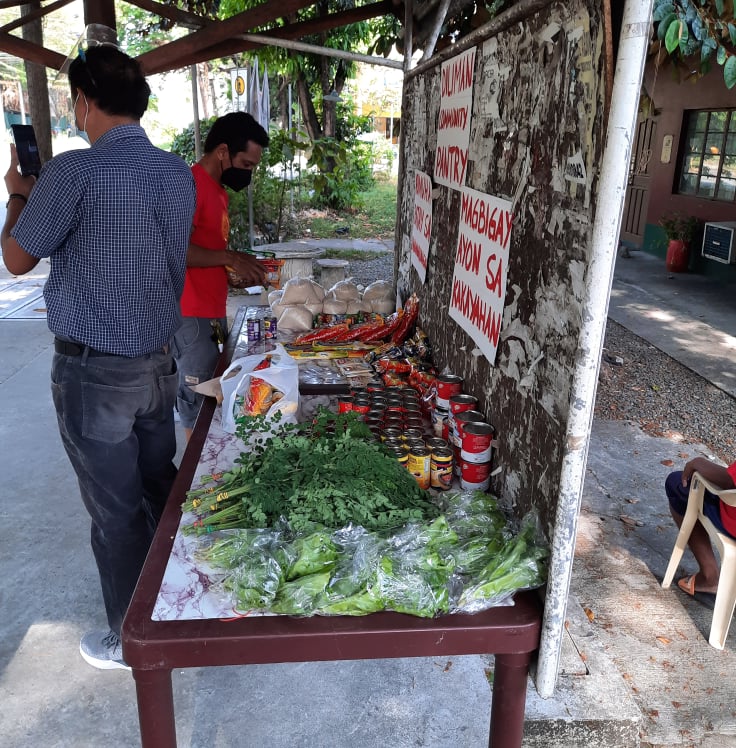 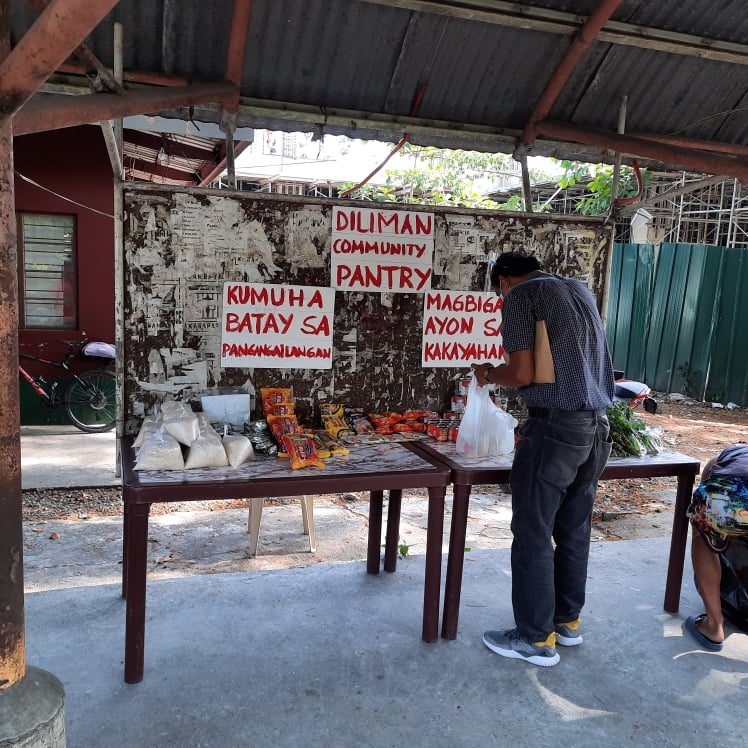