A team of UP Diliman (UPD) experts was tapped by the Department of Science and Technology (DOST) to steer the Philippines into its space age.

Two identical cube-shaped micro-satellites measuring 550x550x350 millimeters will each carry a 50-kilogram payload of optical science instruments, collecting data like changes in vegetation, ocean productivity, cloud patterns and weather disturbances in the Philippines. This will be launched in 2016 and 2017, respectively.

Data will be transmitted by the satellite to a ground receiving station to be built in Subic.

The first micro-satellite, nicknamed “Diwata,” will be launched at low-earth orbit (400-420 kilometers above the earth) from the International Space Station next year while the next one will be launched in 2017. 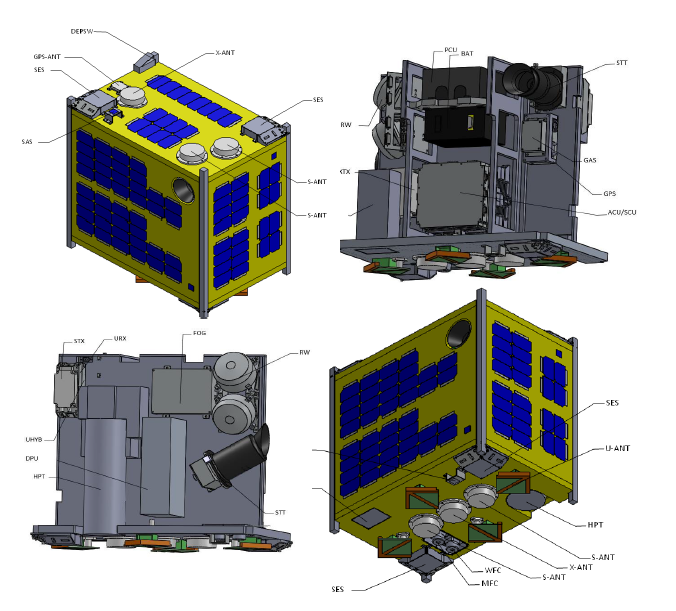 Initial renders of the PHL-Microsat bus that will be launched in 2016.

According to the USA’s National Aeronautics and Space Administration (NASA), the International Space Station is a “microgravity laboratory in which an international crew of six people live and work while traveling at a speed of five miles per second, orbiting Earth every 90 minutes.”

It would be the first satellite of its kind made by Filipinos.

Leading the PHL-Microsat program is Dr. Joel Joseph Marciano, a professor at the UP Electrical and Electronics Engineering Institute (EEEI) of the College of Engineering (CoE), who specializes in wireless communications and radio frequency and microwave engineering.

The program has five component projects or teams, each led by an expert in the field. Marciano will lead the project constructing the micro-satellite itself. 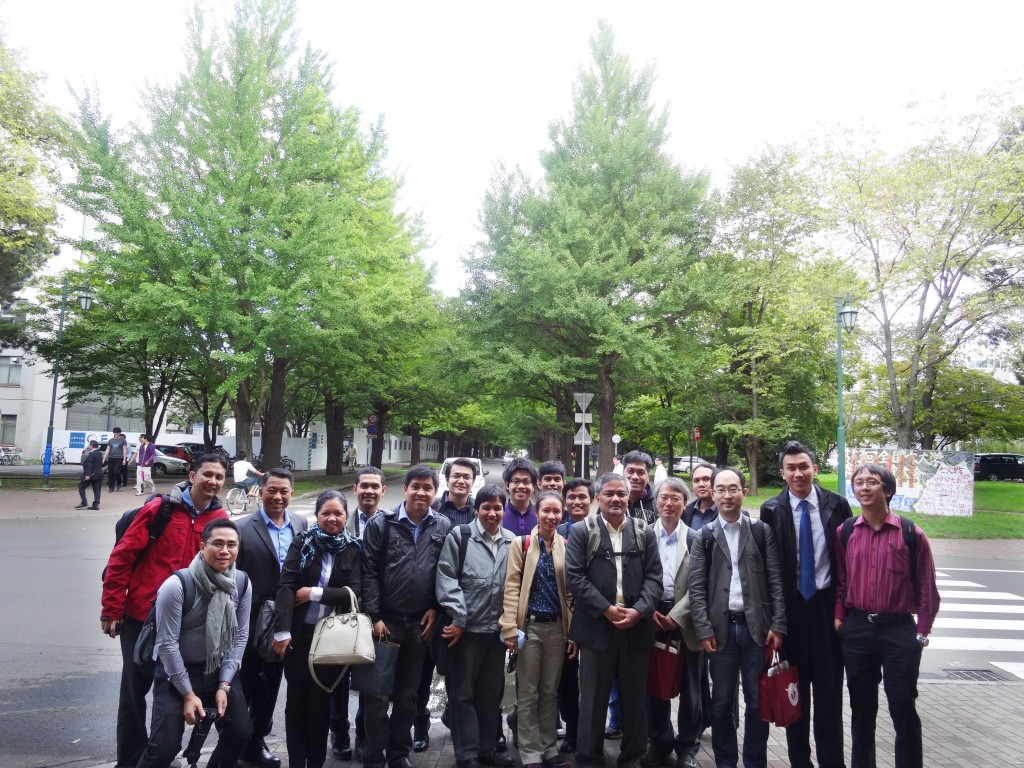 Dr. Enrico Paringit from the CoE Department of Geodetic Engineering (DGE) will lead the team calibrating and validating the remote sensing instruments it will carry.

Dr. Gay Jane Perez of the College of Science (CS) Institute for Environmental Science and Meteorology (IESM) will lead the team developing the remote sensing products (software) that will process and package the data the micro-satellite will collect.

Alvin Retamar of the DOST Advanced Science and Technology Institute (ASTI) will lead the team building the ground receiving station,  to be called the Philippine Earth Data Resources Observation (PEDRO) Center which will gather the information the micro-satellite will be transmitting. The last component project, the development of a data processing, archiving and distribution sub-system for the PEDRO Center, will be led by Mark Edwin Tupas from the DGE.

The projects led by Marciano, Retamar and Paringit will work to develop, launch and maintain the micro-satellites, while those being Tupas and Perez lead will take the raw satellite data and turn it into remote-sensing products that can be packaged and given to local government units, non-government organizations and researchers.

NOAH and beyond. One of the primary benefits of the project is in disaster-risk management, where according to DOST Secretary Mario G. Montejo, it can be used in “enhancing the country’s weather detection and forecast, in determining agricultural growth pattern and monitoring forest cover and the country’s territorial border.”

Marciano cites the Project Nationwide Operational Assessment of Hazards (NOAH) program as one initiative that can benefit from PHL-Microsat, saying that it can “provide the breadth and depth of data needed for various earth observation applications in a timely manner,” saving the country and industry millions of pesos.

The micro-satellite can also monitor changes in the country’s natural resources, such as forest cover and fish stocks.

The project leaders sent students from the CoE and CS to work with Prof. Yukihiro Takahashi of Hokkaido University and Prof. Kazuya Yoshida of Tohoku University to develop the microsatellite.

According to Marciano, seven engineering and science graduates from UPD have been sent to Tohoku and Hokkaido University for the micro-satellite development.

Marciano said the development of a micro-satellite is also a good entry point to a full-blown space program.

National space exploration activities are currently spread out among several agencies, including the Philippine Council for Advanced Science and Technology Research and Development, the Philippine Atmospheric, Geophysical and Astronomical Services Administration (PAGASA), the National Mapping and Resource Information Authority, the National Disaster Risk Reduction and Management Council and initiatives like Project NOAH.

Other Southeast Asian nations such as Singapore, Indonesia, Thailand, Malaysia and Vietnam have their own national space agencies. (Photos courtesy of PHL-Microsat Team)