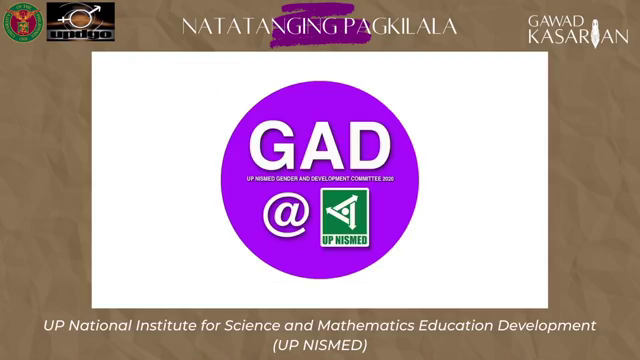 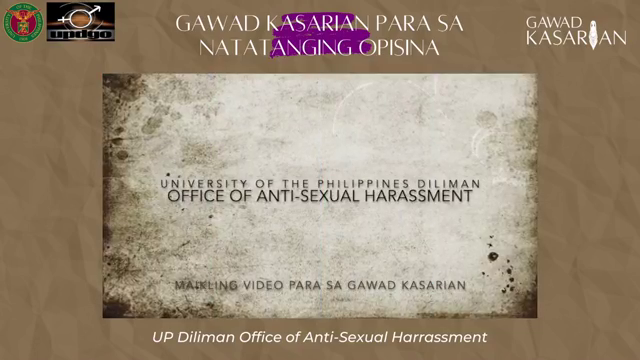 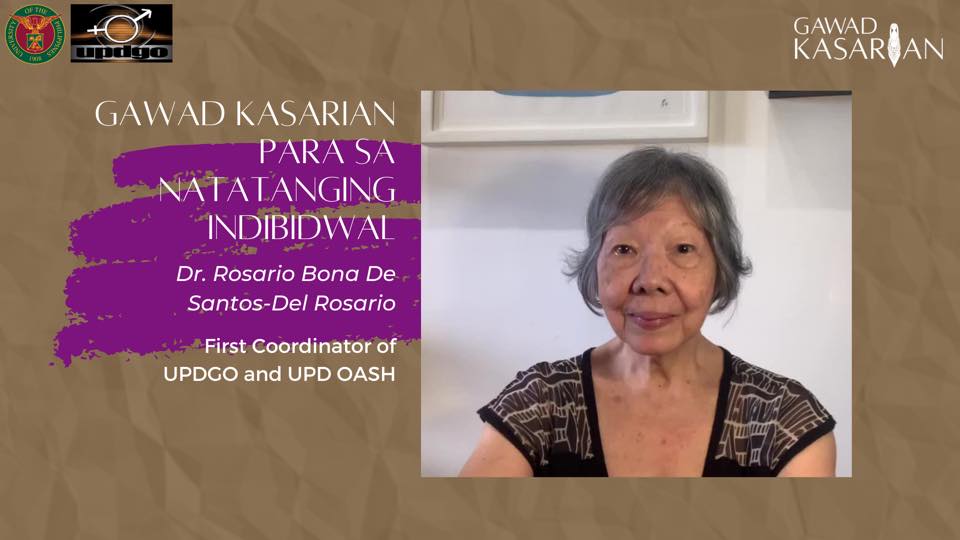 Del Rosario, the first coordinator of UPDGO from 1998 to 2008, was the key person in the establishment of the Office of Anti-Sexual Harassment (OASH), and served as inspiration to many for her clear view of the future of women in society.

Del Rosario was recognized for her dedication in advancing the rights and well-being of all women and all individuals regardless of gender, and her significant contribution in advocating gender and development in UPD.

According to UPDGO, the Gawad Kasarian was conceived in 2018 and is a recognition given to Gender and Development (GAD) Committees of units, colleges and offices of UPD for their efforts and dedication toward achieving a rich and outstanding practice of initiating, developing and implementing gender and development programs. 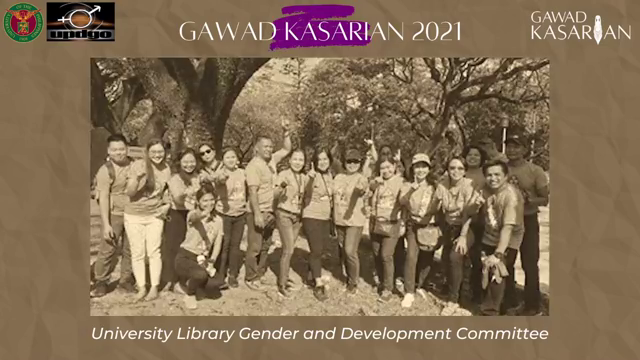 Meanwhile, in his message at the Gawad Kasarian, UPD Chancellor Fidel R. Nemenzo said the award and the participation of the units are testaments to the importance of gender mainstreaming in the university. 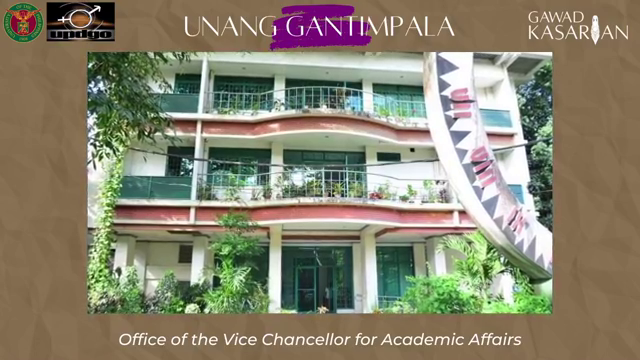 The awardees each received a certificate with the Gawad Kasarian logo and a 10-inch ceramic trophy glazed in gold.

The Gawad Kasarian logo designed by Patricia Ramos bears a sans serif typeface and the colors gold and deep purple, while the trophy designed by Jade Cruz Cabrera was inspired by Lakapati, the deity of fertility for the fields and crops.

The first Gawad Kasarian was participated in by GAD Committees of various UPD units and was hosted by College of Arts and Letters professors Olive Nieto and Marvin Olaes.