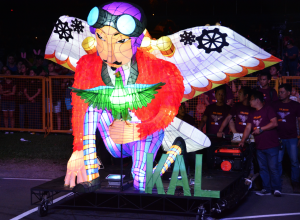 College of Arts and Letters-1st prize

(DEC. 16)—Rain or shine, the Lantern Parade 2019, the most anticipated Christmas event in UP Diliman (UPD), soared high befitting this year’s theme “Pumailanlang.” For about 6 hours.

Around 2,500 contingents and spectators converged at the Oblation Plaza and Academic Oval as early as 4 p.m. to participate and witness the parade of colorful gigantic floats and twinkling lanterns. The event officially started at 5:30 p.m. and culminated at the University Amphitheater.

The creative lanterns were interpretations of this year’s theme “Pumailanlang,” meaning to soar, where, like the mythical Ibong Adarna,  one can surpass the suffering and difficulties faced by the country.

Good weather also blessed the event throughout the afternoon, allowing the 45 contingents, comprising degree-granting units, administration and support offices, student and religious organizations and workers’ union, and 13 contingents from the College of Fine Arts (CFA), to parade in full energy. 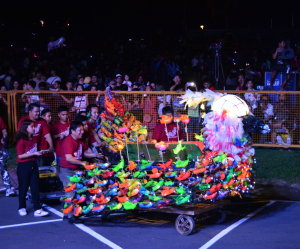 The four biggest contingents were the UP Integrated School (UPIS), College of Human Kinetics, College of Fine Arts and Office of the Vice Chancellor for Student Affairs.

Symbolical birds like the eagle, owl, birds of prey, mythical birds Sarimanok, Ibong Adarna, Manaul or Tigmamanukan and phoenix were the common lantern designs created by academic units such as the Office of the Chancellor, College of Architecture (CA), College of Engineering, College of Home Economics (CHE), College of Music (CMu), National College of Public Administration and Governance, College of Science (CS), College of Social Sciences and Philosophy, College of Social Work and Community Development (CSWCD), School of Library and Information Studies and School of Statistics.

Some academic units interpreted the theme differently for their lanterns such as the College of Arts and Letters’ (CAL) ornithopter pilot; College of Human Kinetics with their logo as design; the tree and book of knowledge jointly made by the College of Education, National Institute for Science and Mathematics Education Development and UPIS; Asian Center’s elephant, lotus flower and mandala; Asian Institute of Tourism’s hot air balloon; Archaeological Studies Program’s Manunggul jar; Cesar E.A. Virata School of Business’ butterfly lantern; Institute of Islamic Studies’ and School of Labor and International Relations’ guryon (kite); College of Law’s bakunawa;  School of Economics’ Oblation statue with wings, and  School of Urban and Regional Planning’s pop-up book. 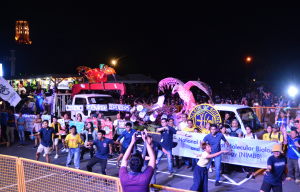 Other units depicted politically-inspired lanterns such as the College of Mass Communication’s giant cauldron symbolizing the controversial P50-Million cauldron in the recently concluded Southeast Asian Games; UP Extension Program in Pampanga and Olongapo’s giant painting of the Catholic Church and Mosque; and the lanterns of UP STAND-UP (Student Alliance for the Advancement of Democratic Rights), All UP Multisec Alliance, University Student Council and various student organizations.

This year, the UP Babaylan paraded not in their usual Victoria’s Secret costumes but red hooded cape coats and called for an end to all forms of violence. 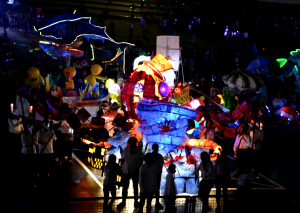 Rain poured halfway through the program, still the contingents’ spirits remained high and went on to perform their prepared numbers while most of the spectators ran for cover at the tents provided by the parade organizers.

UP President Danilo L. Concepcion, in his Christmas message, announced that UP employees will receive the P5,000 performance enhancement incentive from the Philippine government.

He also announced that the Performance-Based Bonus, Service Recognition incentive worth P10,000 and Collective Negotiation Agreement (CNA) incentive of P25,000 this year will be given this month. The additional benefits were in accordance with the CNA between the administration and the workers’ union. 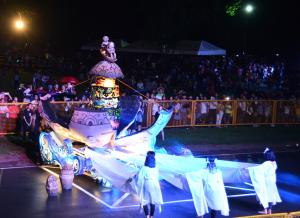 During the program, intermission numbers were provided by the UP Concert Chorus, UP Singing Ambassadors, UP ConChords and Legato Visual Performing Arts.

The best lanterns were judged based on adherence to the theme (20%), creative use of materials (20%) and presentation, visual effects (50%) and eco-friendliness (10%). 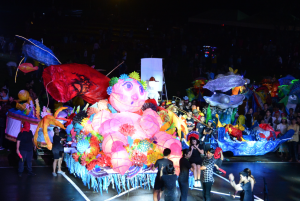 This year, the Lantern Parade committee awarded the honorable mention to CHE and CMu. Each unit received a P10,000 cash prize.

In the competition among CFA classes, the Most Beautiful Lantern was awarded to the “Corporate Greed” lantern of the 2nd year Block U-ID (Industrial Design) students. The second place went to the Studio Arts Block Z’s “Spiritual” lantern while the third place was awarded to SFA 14 Block Z’s “Coral Reef Related Issues” lantern. 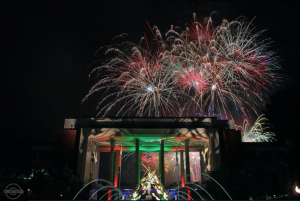 A spectacular fireworks display sponsored by the Beta Epsilon Fraternity capped the event. 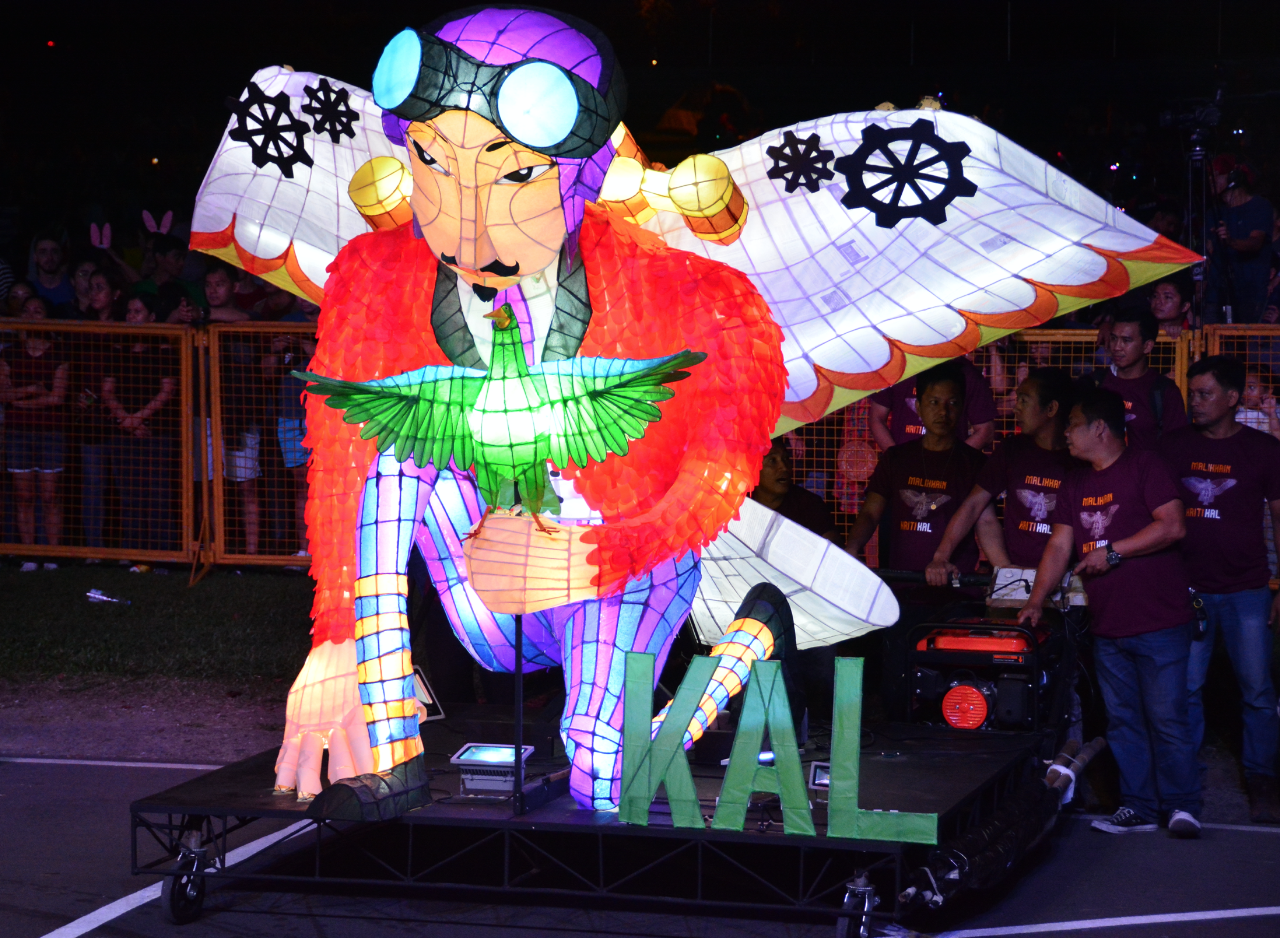 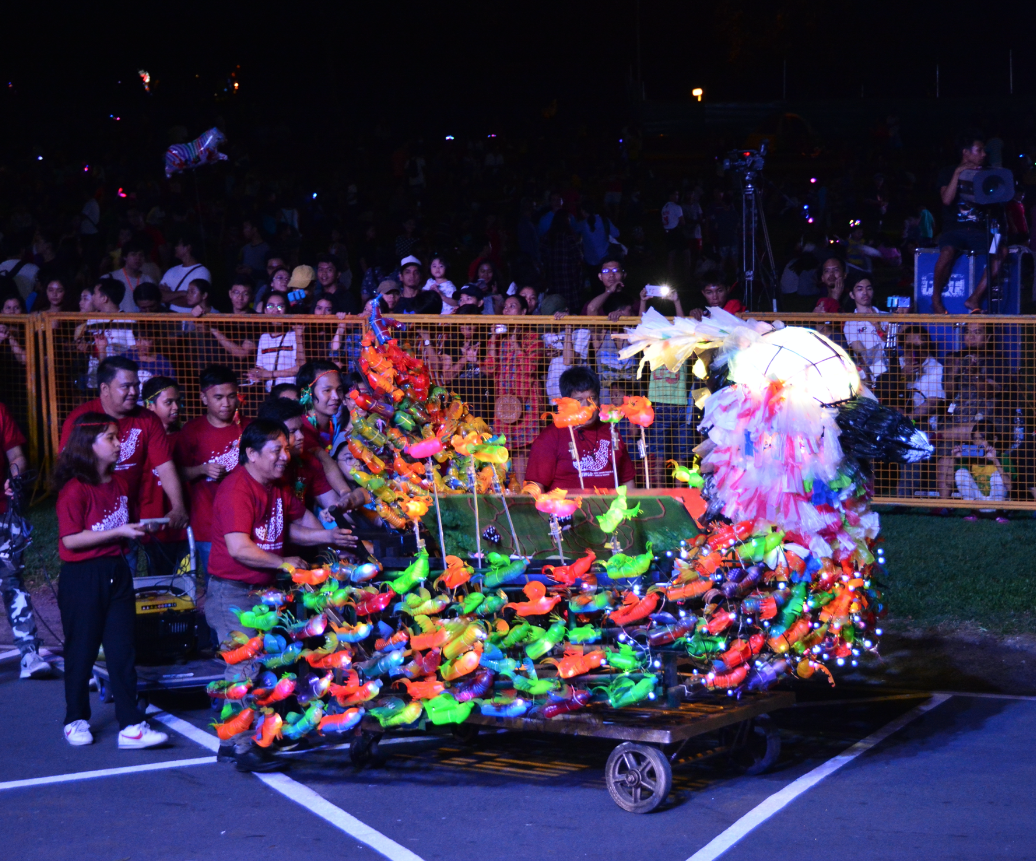 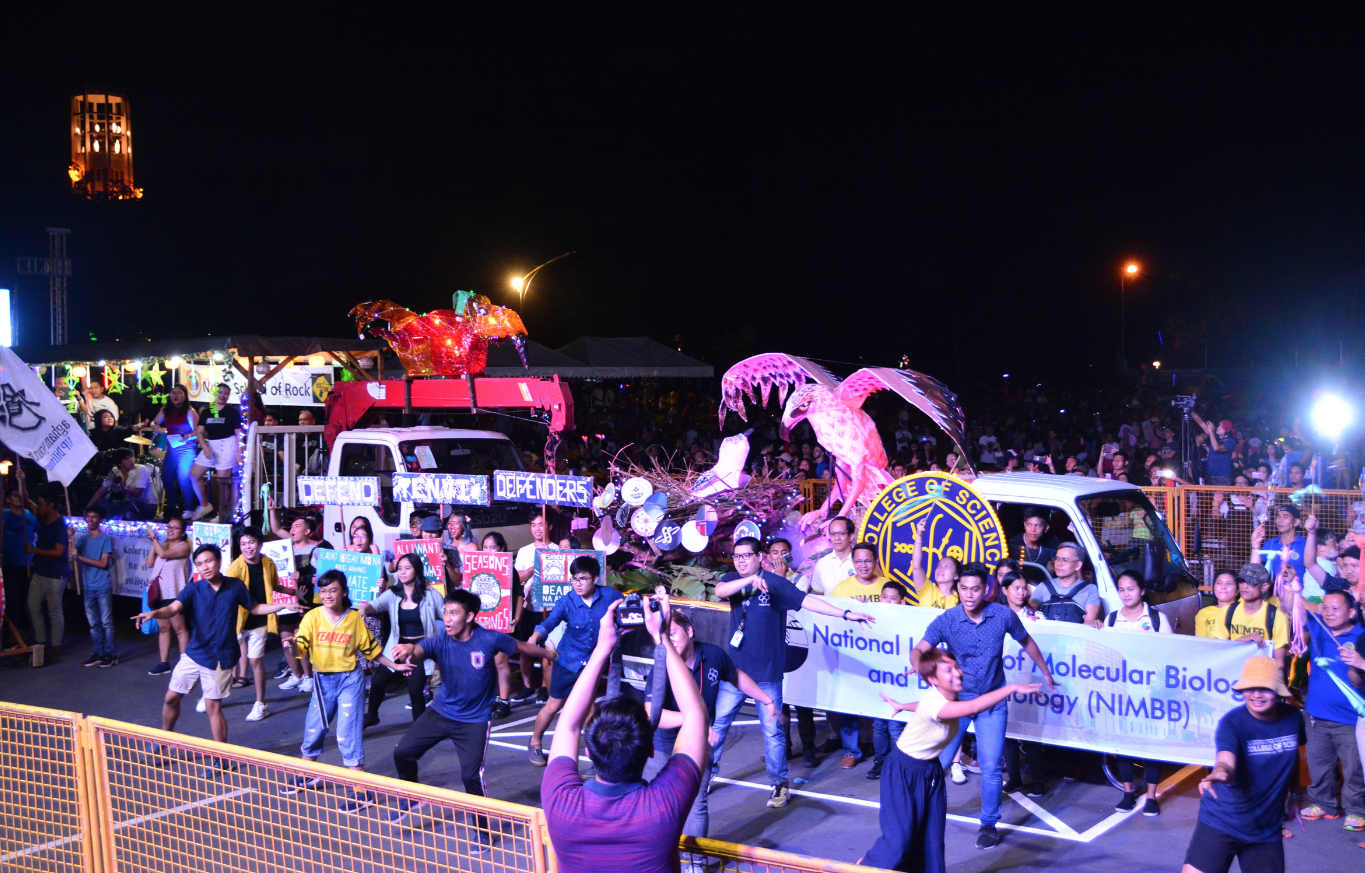 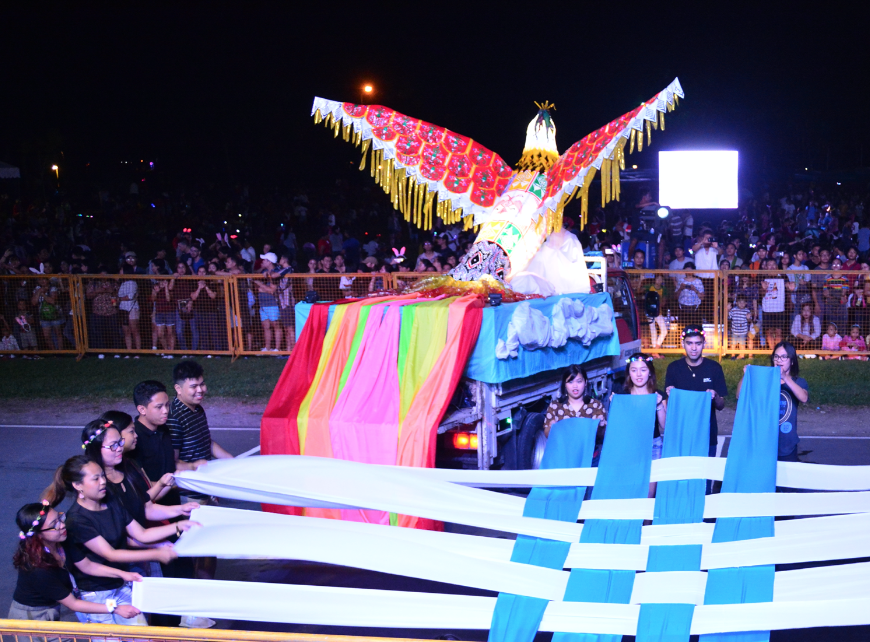 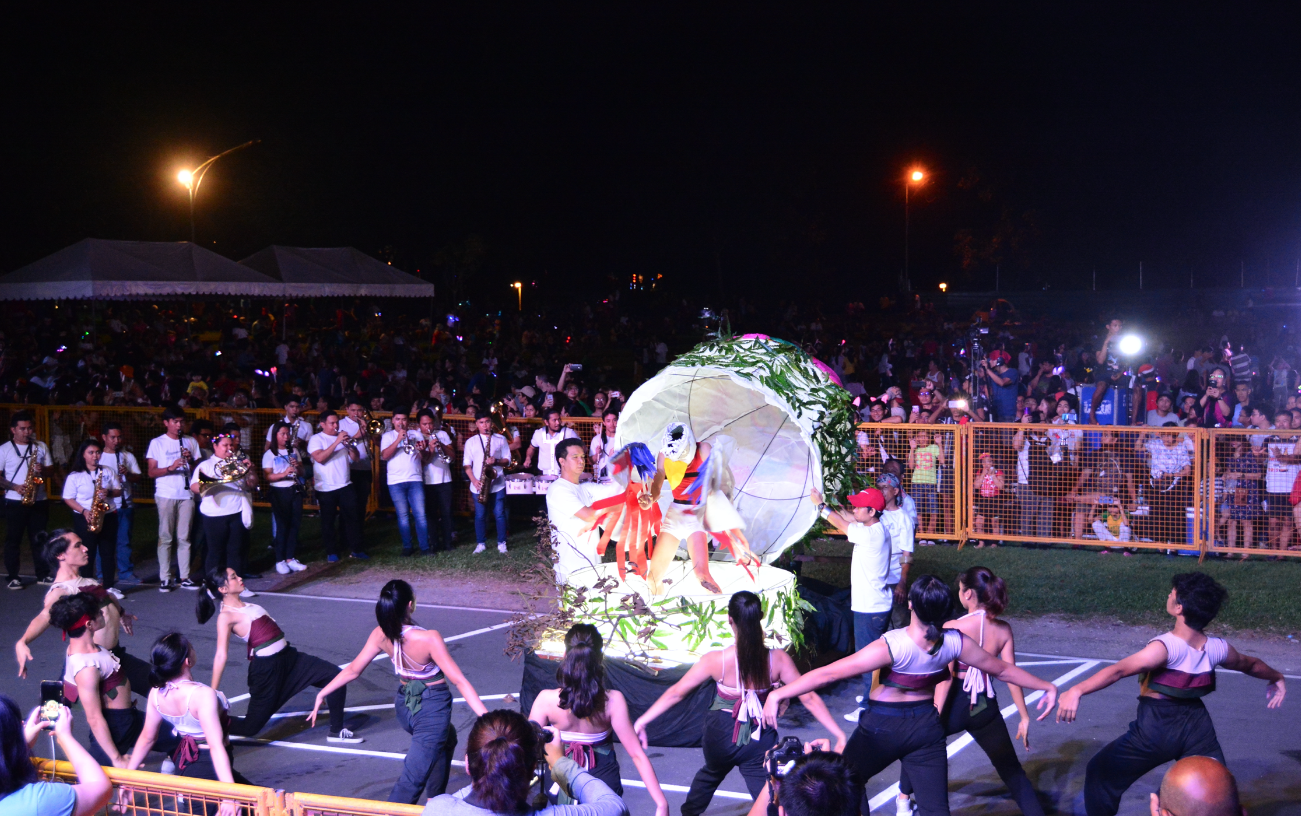 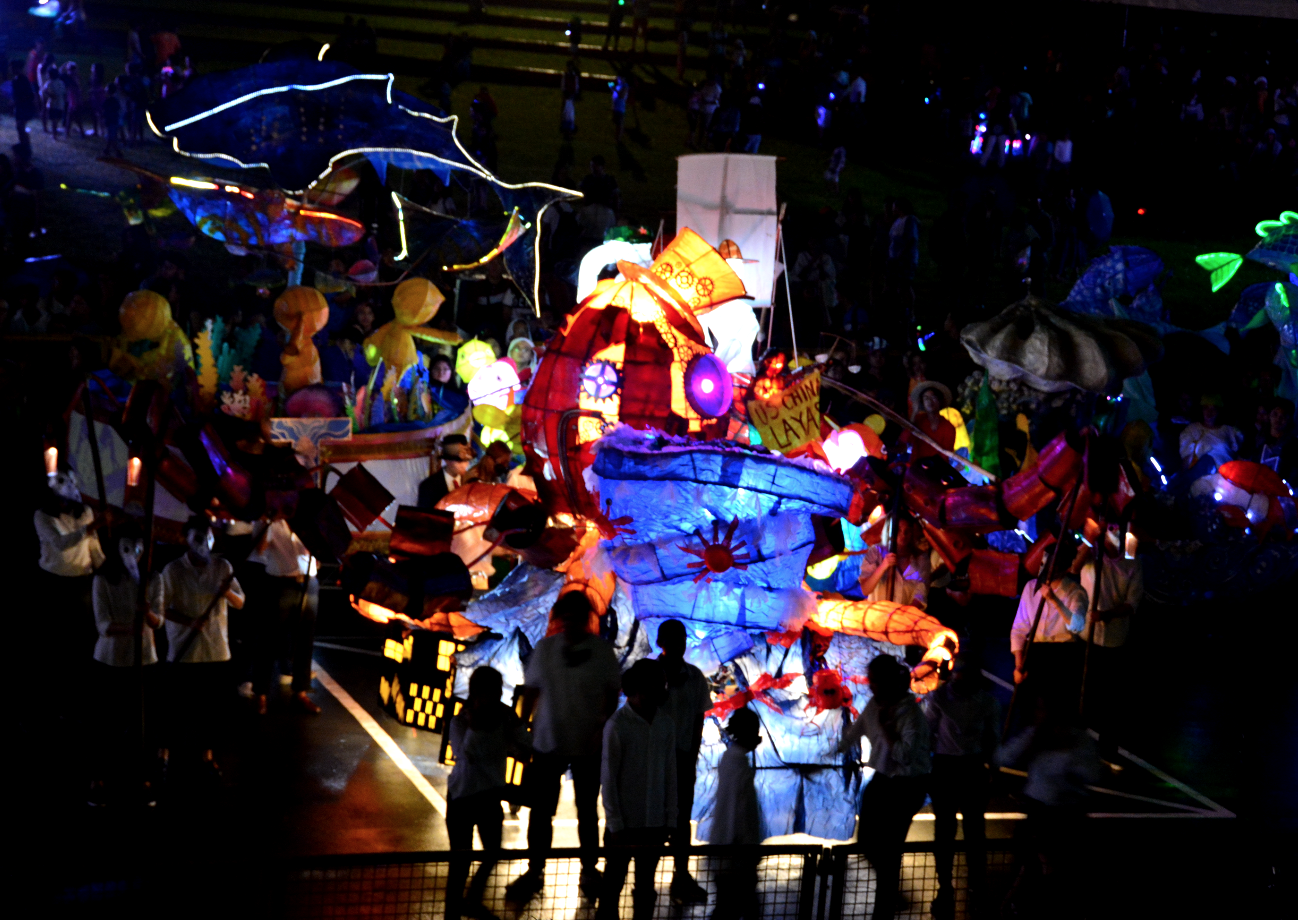 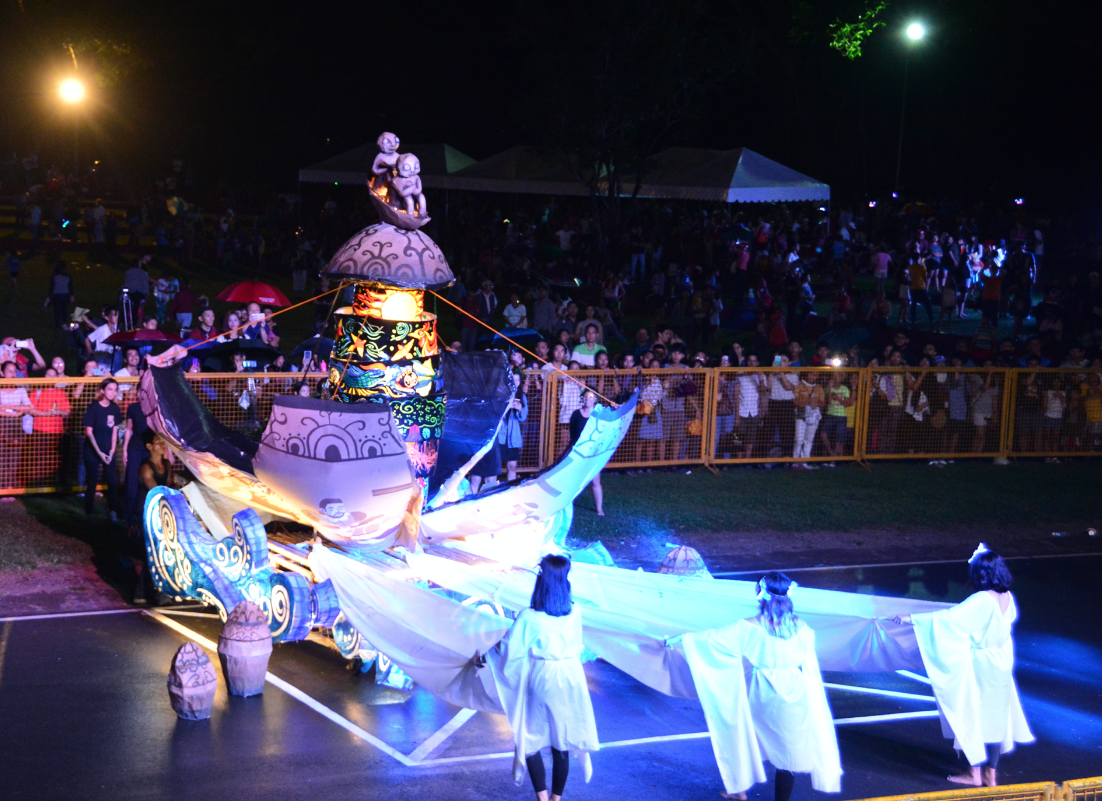 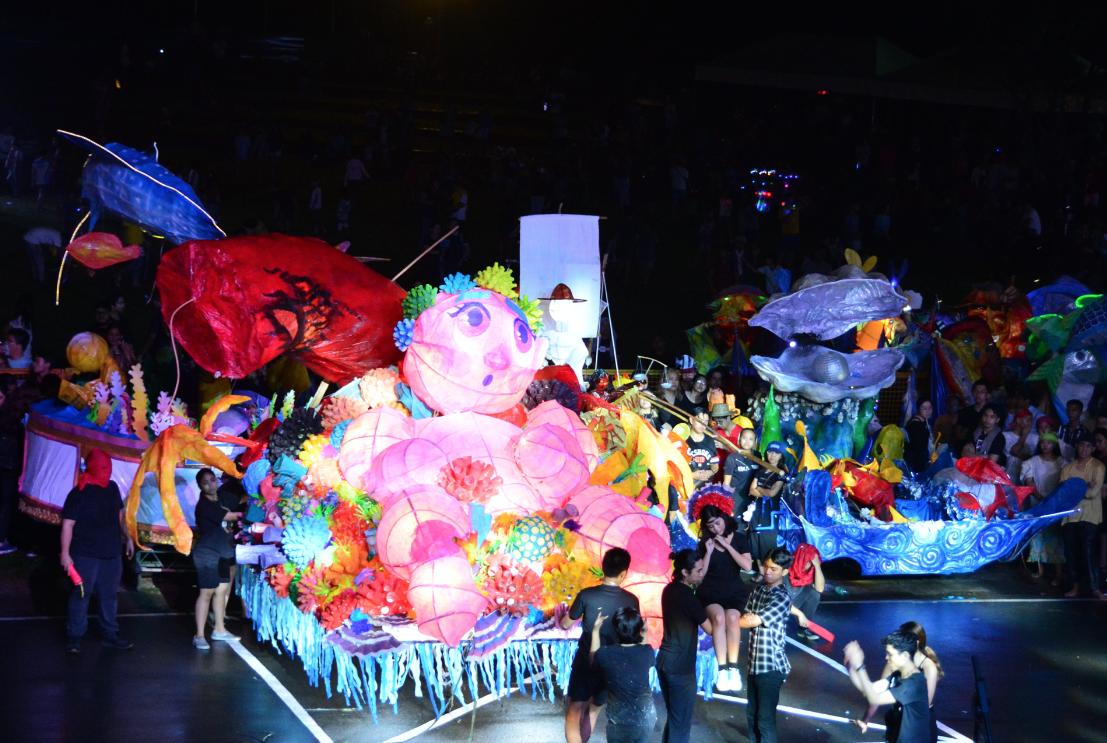 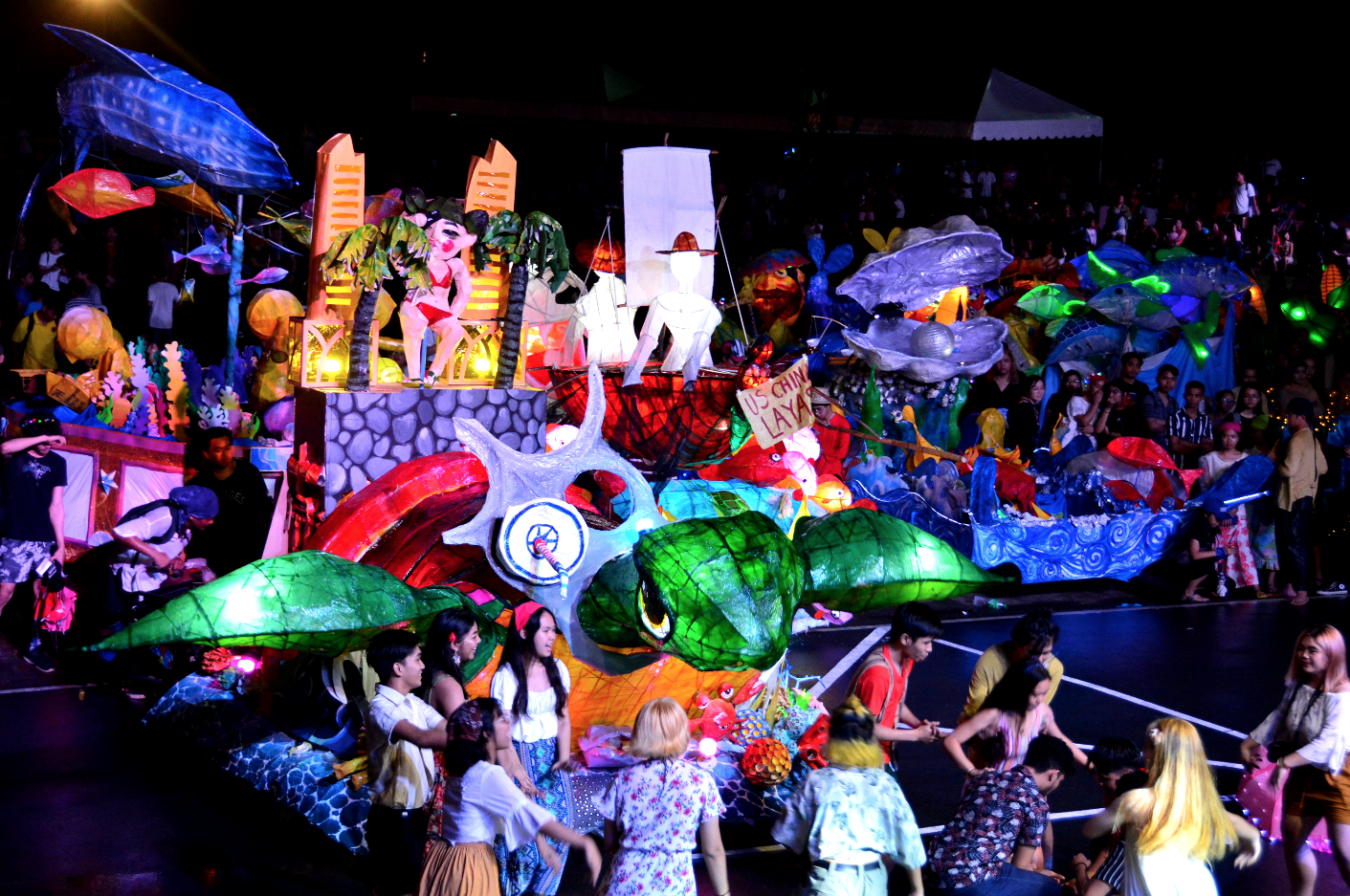 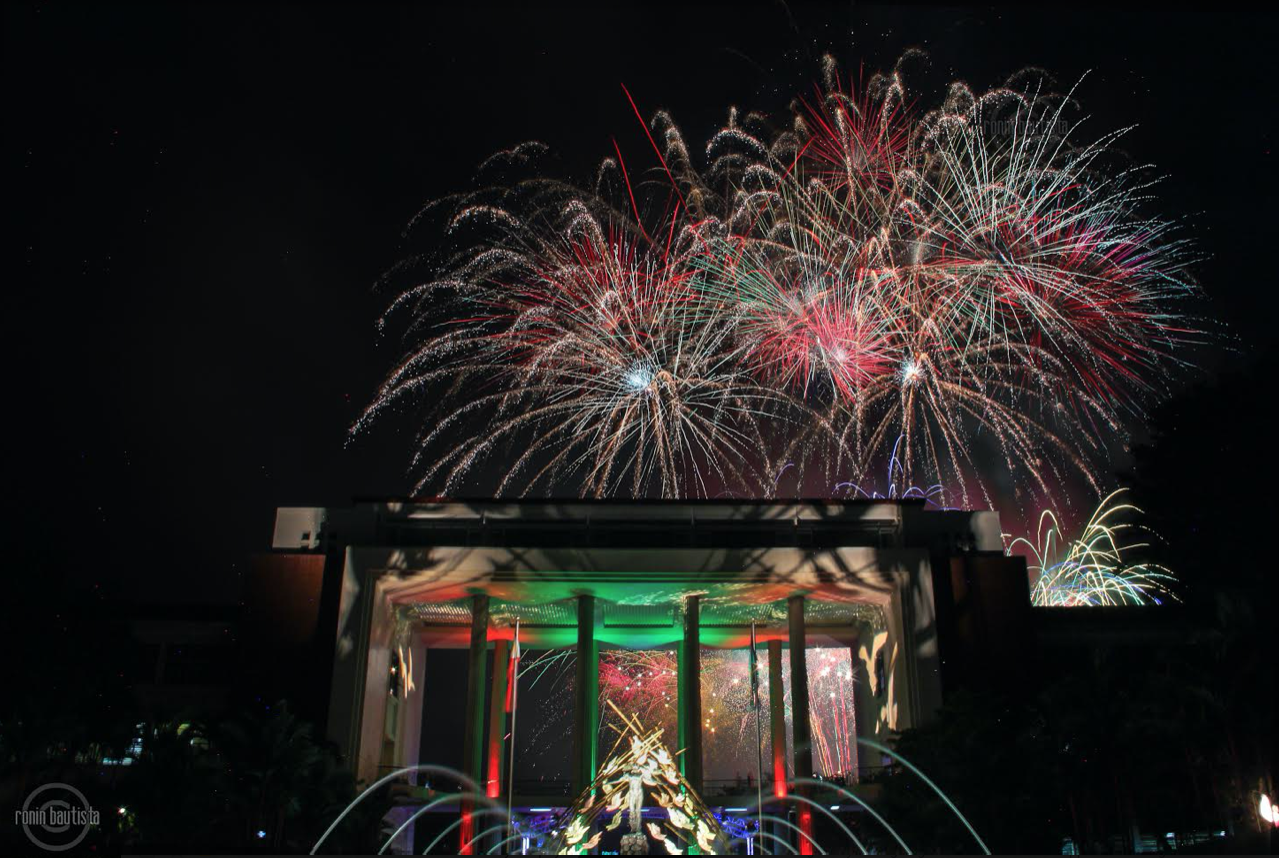