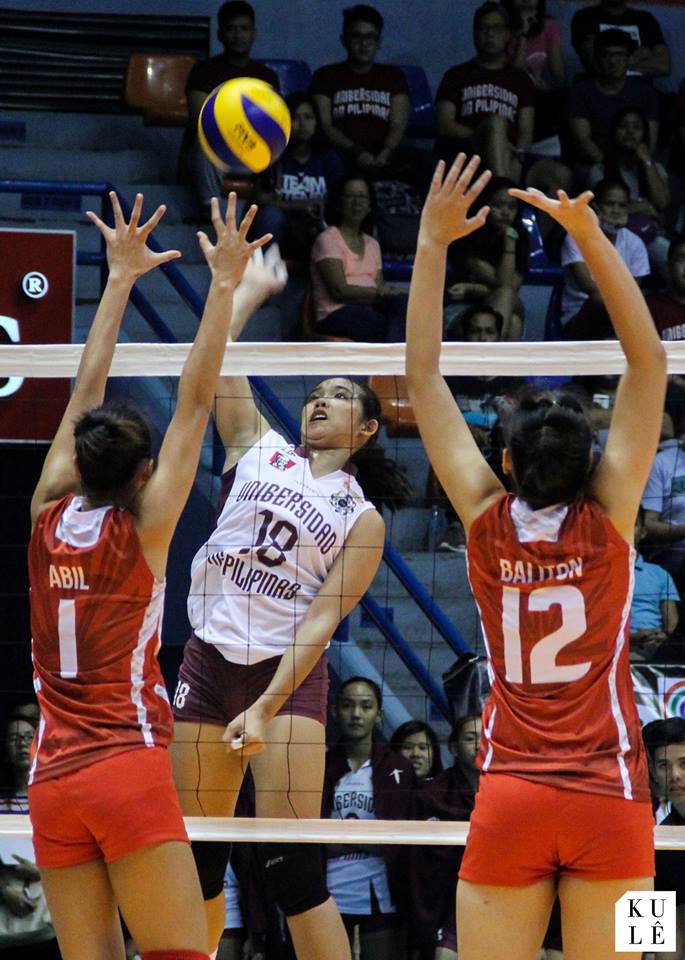 The Lady Maroons had a slow start in the first set, but with a well distributed and a variety of attacks in the second and third sets the Lady Maroons dominated the Lady Warriors to clinch their first win.

Rookie Diana Mae Carlos led the Lady Maroons with 9 points from 9 attacks to earn the Best Player of the Game award.

The Lady Maroons next game against De La Salle University is on February 6, 2 p.m. at the PhilSports Arena. —Photo courtesy of Philippine Collegian