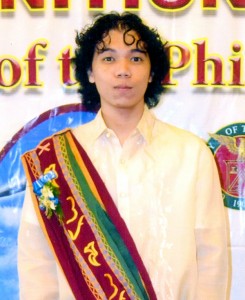 (MAY 15)—It was a 100 percent passing rate for the UP School of Library and Information Studies (UPSLIS) graduates who took the Librarian Licensure Examinations (LLE) last April 23 and 24, with three ranking among the top 10 LLE passers.

UPSLIS’ Gideon E. Cascolan Jr. placed second in the overall ranking of passers with a rating of 85.15 percent, while Jeseliza A. Geroca (83.65%) came in fourth place and Maria Criselda C. Roque (82.50%) in eighth.  Paolo Leandro S. Cadiz, Czarina Joy S. Domingo, Jenny Rose S. Llabore, Riel Jane P. Tanyag and Vaneth Leigh V. Villania round up the UPSLIS alumni who passed this year’s LLE.  The eight—all first time examinees—were among the 149 who passed out of the 533 who took the exams given by the Board of Librarians in five cities nationwide (Manila, Baguio, Cebu, Davao and Legazpi) in April.

For their achievement, the UPSLIS will hold a recognition ceremony on May 29 in their honor.

UPSLIS is among the six schools with a 100 percent passing rate.  Graduates from 88 schools participated in the exams.  This year, the Professional Regulations Commission (PRC) did not release rankings for top performing schools as no school produced more than 10 passers.—Image courtesy of SLIS