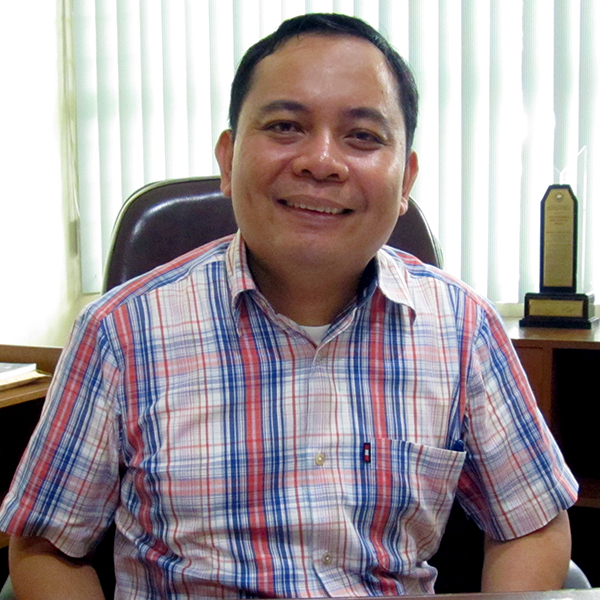 The CHED REPUBLICA Award is given biennially “to recognize and reward outstanding research outputs that leads to significant advances in priority disciplines and contributes to national development goals.”

Rivera received the award, a check and a trophy, on May 20 at the CHED Auditorium in Diliman, Quezon City.  He was cited for his outstanding research “Molecular characterization of trichomonads isolated from animal hosts in the Philippines” which was published in the Thomson Reuters-indexed journal, Veterinary Parasitology 196(3-4): 289-295 (2013).

Rivera’s research focused on trichomonads, microorganisms that have the ability to live in the digestive or genitourinary tract of humans and animals.  Rivera’s team collected specimens from different animals in the country.  Using the DNA of the collected samples, they were able to identify the presence of different species of trichomonads, including two species that were observed for the first time in reptiles.

Rivera is also encouraged to do more research work and hopes to attract more students to focus their study on trichomonads and other protozoans.

An associate professor at the Institute of Biology (IB), College of Science, Rivera’s research interest and areas of expertise are in molecular biology and immunology, medical biotechnology, and molecular diagnostics and epidemiology.

A prolific writer, Rivera authored more than 50 scientific researches published in international refereed journals. He has supervised the thesis of 76 undergraduate students and the dissertation of 36 graduate students at the IB.

Other than CHED REPUBLICA Award, Rivera also received numerous distinctions and awards. In 2013, the UP Alumni Association bestowed on him the Distinguished Alumnus in Science and Technology award. Rivera is also a recipient of the UP Scientific Productivity Award for two times, first in 2009 as UP Scientist I, and in 2012 as UP Scientist II.

Rivera obtained his BS Biology and MS Microbiology at UPD in 1989 and 1995, respectively. Under a Monbusho scholarship, he later obtained his PhD in Medical Science (Cellular and Molecular Microbiology) from Nagasaki University School of Medicine, Nagasaki, Japan in 1999.