UP Lady Shuttlers are UAAP champion 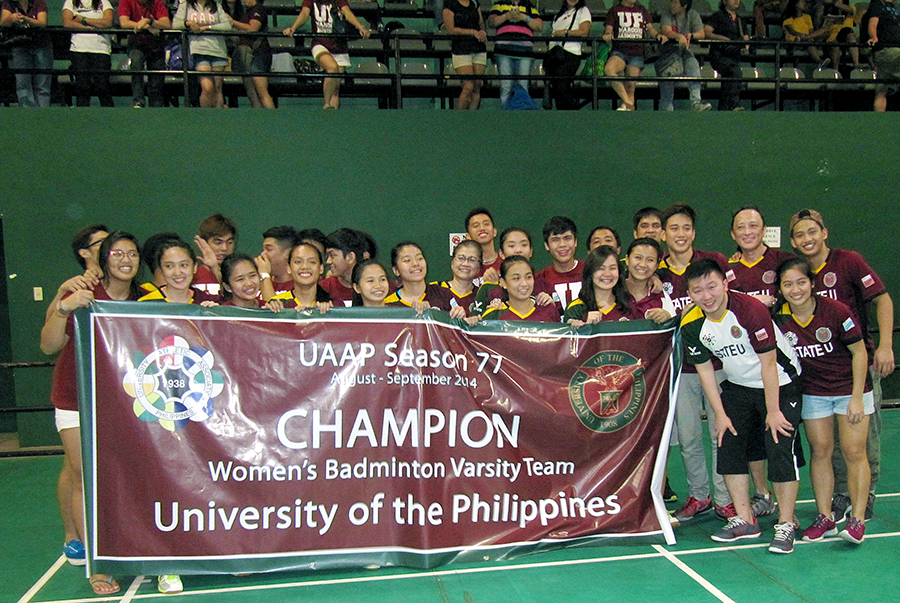 (OCT. 2)— The UP Women’s Badminton Team (UP Lady Shuttlers) was the champion in the University Athletic Association of the Philippines (UAAP) Season 77 Badminton competition held at the Rizal Memorial Badminton Hall last Sept. 10.

The UP Lady Shuttlers also completed a streak of nine straight wins this season and had a thrice to beat advantage over the defending champion Ateneo in the finals. 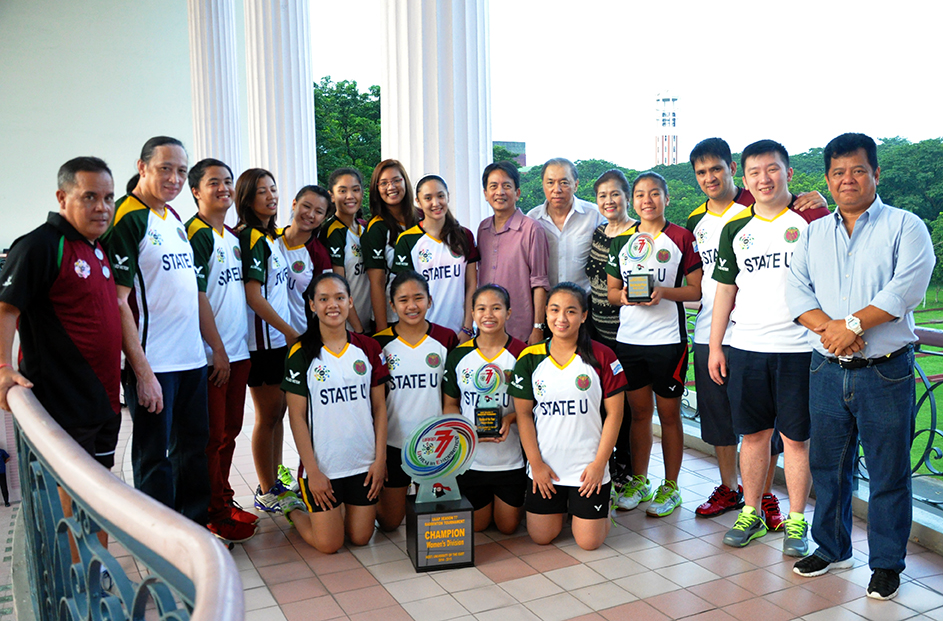 Coach Tosi said while the other school teams went to Indonesia and Thailand to train, their team managers, Conrad and Pacita Co of Allied-Victor Badminton Academy, secured the services of a Malaysian training coach, Jeremy Kok.

Prior to the UAAP season, the team joined three major tournaments namely, the Philippine National Games where UP was the champion in the women’s doubles, the FDG (Frederick D. Go) Cup and the Smart National Open.

The UP Lady Shuttlers presented their trophies to Chancellor Michael L. Tan in a courtesy call at the Office of the Chancellor on Sept. 22.

The UP Women’s Badminton Team previously won six consecutive championships from 1995 to 2000.