By Anna Regidor, images by Leonardo A. Reyes 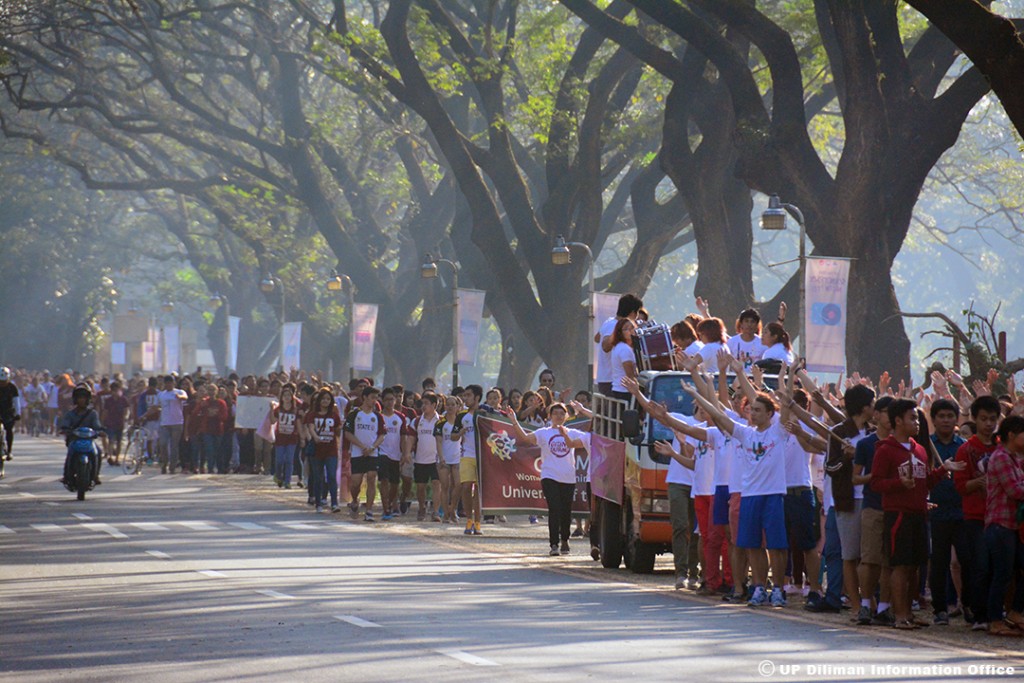 The Grand Parade around the Academic Oval on Feb. 2.

(FEB. 5)—UP Diliman Month is off to a good a start with the staging of Meredith Monk’s A Celebration Service and a grand parade around the academic oval as the center pieces of the monthly flag retreat and flag raising ceremonies, respectively.

A celebration service. Ushering in the festivities at the flag retreat on Jan. 30, the College of Music (CM) performed A Celebration Service, a “spiritually inspired performance piece” from internationally acclaimed American composer Meredith Monk on Jan. 30 at the Quezon Hall lobby.

Performed for the first time on Philippine soil, Celebration, according to the program, “uses Monk’s musical compositions, movement, and texts from the world’s great religions to celebrate the larger community of mankind and the power of the human spirit.” 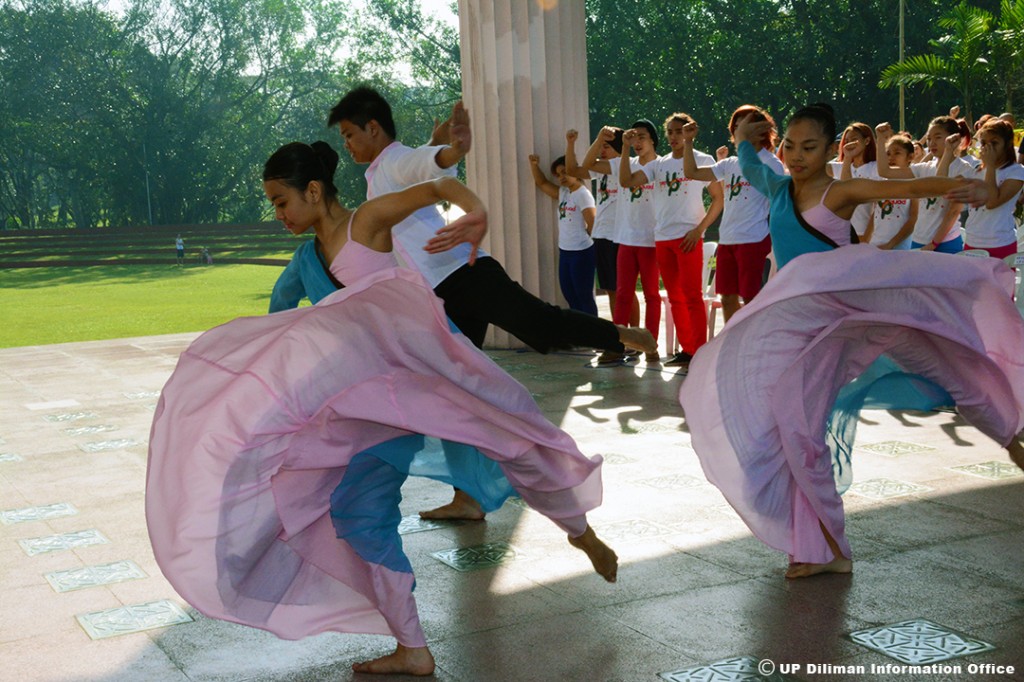 UP Dance Company at the Quezon Lobby.

It featured performances by the UP Madrigal Singers, the UP Junior Music Educator’s Guild and the UP Dance Company with the special participation of Prof. Ramon Acoymo and Daisy Valenciano.

Meredtih Monk is a composer, singer, director/choreographer and creator of new opera, music-theater works, films and installations. She is a pioneer in what is now called “extended vocal technique” and “interdisciplinary performance.” 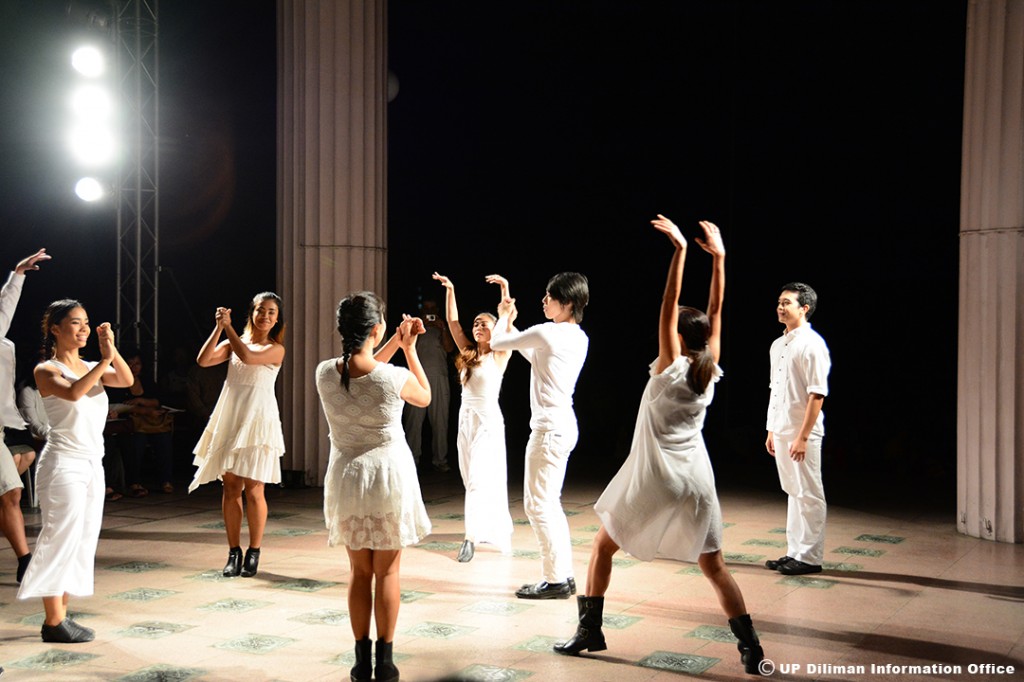 The UP Dance Company in “A Celebration of Service.”

Grand Parade. The refreshing morning breeze that swept through Quezon Hall on the first Monday of February signaled the start of a good month as students, faculty and members of the UPD administration gathered together for a parade around the Academic Oval. 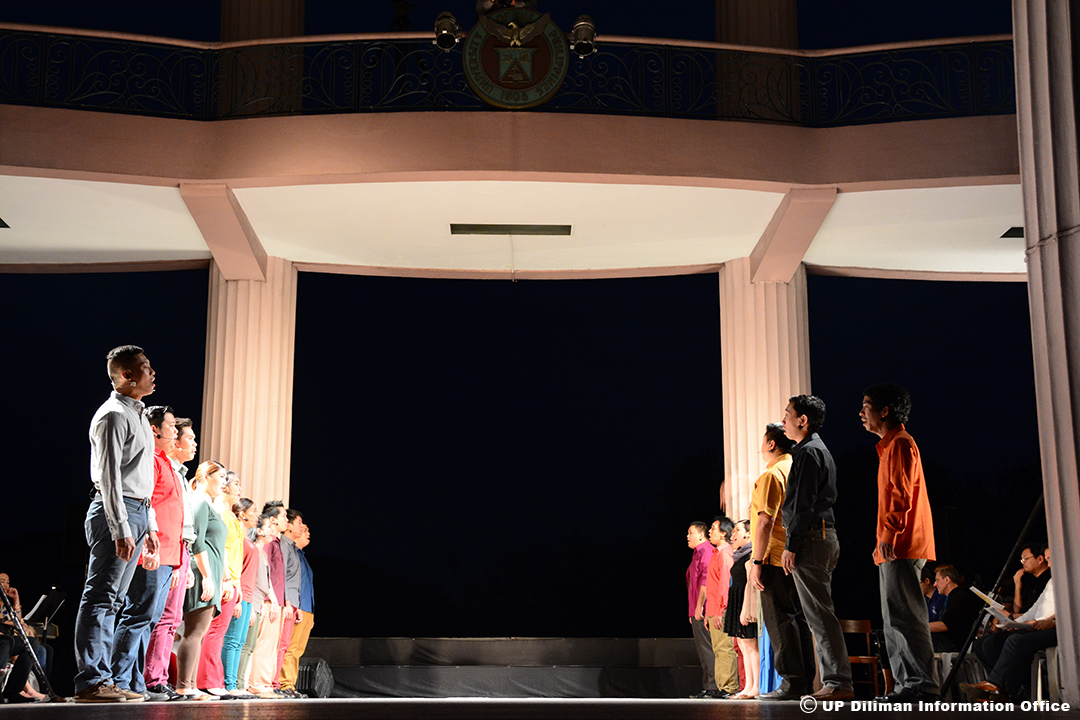 The Philippine Madrigal Singers in “A Celebration of Service.”

Upon returning to Quezon Hall, the participants were treated to the harvest song “Sambutani,” performed by Astarte Abraham and “Lolaby,” a dance performance by Sarah Samaniego of the UP Dance Company.

Office for Initiatives in Culture and the Arts (OICA) Director Prof. Jose Danilo Silvestre then took the stage and talked about the various activities lined up for UP Diliman Month, which has the theme Dangal ng Lunan at Tayog ng Haraya (Pride of Place, Boldness of Vision).

At the end of the event, UP Naming Mahal was interpreted through dance by Ma. Alexa Andrea Torte, Jhoy Anne Maverick Chavez and Julio Laforteza of the UP Dance Company. The piece was choreographed by Ma. Elena Laniog.