UP Dance Ensemble wins at the 2014 Philippine National Games 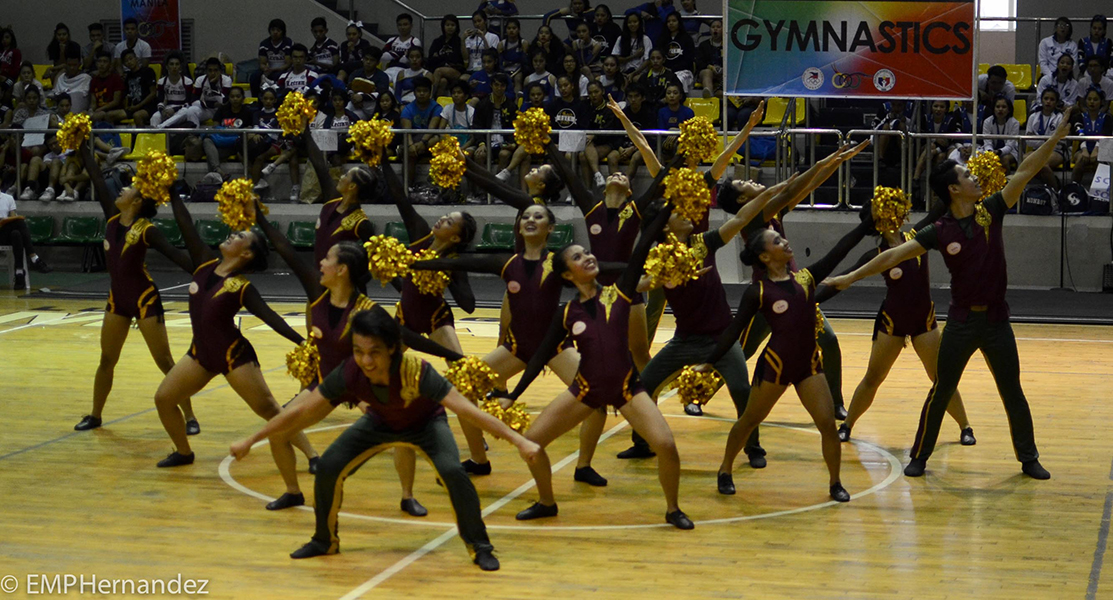 (JUN. 6)—The UP Dance Ensemble (UPDE) won two gold medals and a bronze at the 2014 Philippine National Games Cheerleading Championships (PNGCC) on May 25 at the Makati Coliseum.

In an interview with UPDate,UP College of Human Kinetics (CHK) professor and UP Pep Squad coach Lalaine Pereña said the UPDE was a collaboration between the UP Pep Squad and the UP Filipiniana Dance Group.

“I invited the UP Filipiniana to join us in the cheerdance category and six of their members participated together with my 10 Pep members to complete the required maximum 16-member team, and I decided to use the name UP Dance Ensemble, the name we usually use when we do collaborative works with other dance groups of UP Diliman,” Pereña explained.

The 4th PNGCC serves as a qualifying meet for the 8th Cheerleading World Championships in November 2015 and the 2nd World Dancesport Games in mid-September 2015.

“We are very happy, for this will be the road for us to represent the country for the third time in the Cheerleading Worlds Championship (CWC) to be held in Berlin, Germany next year in November 2015, which is held only every two years,” Perena said.

In addition, she said “In the past two CWCs, 2011 and 2013, we’ve only placed 5th in the Cheerdance category, unlike in the Team Cheer Mixed category where we’ve placed 3rd twice, and the Mixed Group Stunts category where we already placed 3rd last year.”

In the next CWC, she hopes “This time we’d like to be in the top 3 in Cheerdance. I feel we can give what the international judges are looking for. Winning the gold in the CWC Partner Stunts category would be very hard to hope for, but it’s still a privilege to win this category here to be able to represent our country as well.”

When asked why the team does not have a representative in the group stunts division, Pereña explained that the team already represented the Philippines twice in the CWC. She said the team won a bronze medal in the Team Cheer Mixed category in the 2013 competition held in Thailand, which earned them a slot to represent the country in the next CWC competition in Berlin.