The making of “Bent” 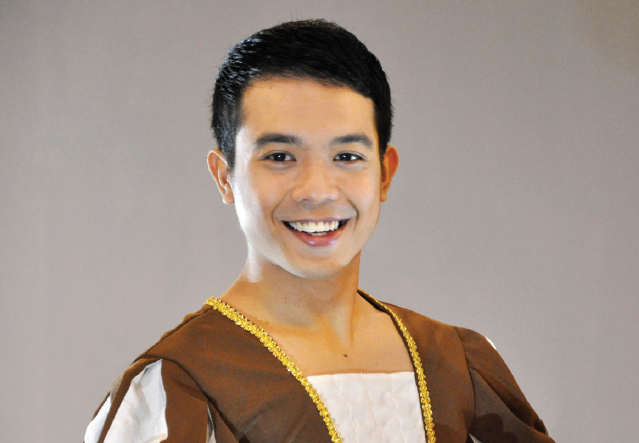 This phrase from the song “Just Give Me A Reason” by Pink, a popular American singer, was the inspiration behind Japhet Mari “JM” Cabling’s winning choreographed dance piece “Bent.”

JM is a College of Music dance major and UP Dance Company (UPDC) member.

“Bent” is a 9-minute dance routine with two dancers, JM and Angela Bettina “Abby” Carlos, also a UPDC member. It is a fusion of ballet and contemporary dance interpreting the roles in a relationship between two friends. The music used were “The Laughing Track” by the Crookers (Italian DJ/ produce r, Francesco “Phra” Barbaglia and previously Andrea “Bot” Fratangelo) and “Paper Birds” by the band Parachutes.

JM won the grandprize in the New Choreographer’s Competition last Jul. 20 at the 7th “Wifi Body Independent Contemporary Dance Festival” (WBICDF). The competition was held at the Tanghalang Huseng Batute at the Cultural Center of the Philippines (CCP). 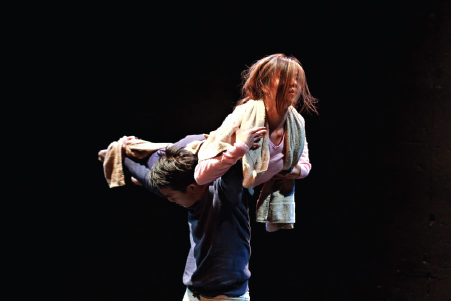 JM said he initially conceptualized “Bent” as a statement supporting the LGBT (lesbian, gay, bisexual and transgender) community. However, as he went through the process of translating it into dance movements, he realized that the concept was really more than just about the story of friendship and genderbending but also touched the various roles in a relationship regardless of sexuality.

It took him one and a half months to conceptualize the entire dance piece and two weeks to rehearse its choreography.

When JM requested his best friend Abby to be his dance partner, the choreography became clearer in his mind especially when he thought of the kind of relationship he has with her.

According to UPDC’s artistic director Angela Lawenko- Baguilat, “Bent” won because “it was well-crafted and in a way it touched all the criteria for a winning piece like having a very good dancing narrative and form. JM was able to tell the story in just nine minutes with full emotions—from laughter to sadness to happiness.” 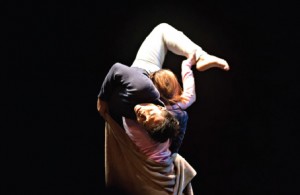 The 7th WBICDF was the last dance festival organized by the Contemporary Dance Network Manila, a group of contemporary dance companies, artists, schoolbased organizations, critics and institutions promoting contemporary dance in the Philippines, and the CCP, in cooperation with the National Commission for Culture and the Arts and the Japan Foundation Manila (JFM). This year, the festival was held from Jul. 18 to 20.

After winning the WBICDF, JM was asked to submit an application form and the video of his choreographed piece to Yokohama Dance Collection X.

Baguilat, meanwhile, said all the winners of New Choreographer ’s Competition of the WBICDF were endorsed by the JFM to the Yokohama Dance Collection X, a prestigious i n te r n a t i o n a l d a n ce competition in Japan.