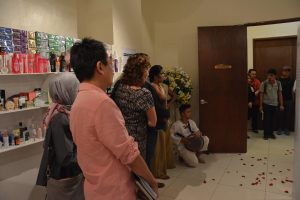 Ritual performance and rose petals welcome guests as they entered the venue to view the exhibit.

(FEB. 22)—Four events focusing on the body comprised of an exhibit, symposium, book launch and film showing were held at the UP Diliman (UPD) GT-Toyota Asian Center on Feb. 13 as part of the 3-month celebration of the “Kat(h)awan: UPD Festival of Culture and the Arts 2018″ (UPDFOCA).

The festival seeks to understand the Filipino body as a creative realm and a locus of scholarly discourse, taking the cue from sociologist Bryan S. Turner, a professor at Potsdam University in the United Kingdom who has devoted significant attention to the sociology of the body, and Zheng Yangwen, Professor of History at the University of Manchester and author of several books on China and Asia. 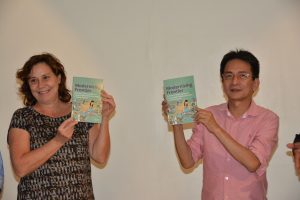 It is an installation exhibit on the commodification of the body and body technologies, composed of five galleries and a floor plan resembling a maze. The five galleries are “Subconscious substance,” “Named,” “The History of the Beautiful in the Philippines,” “Cosmeticized,” and “(Dis)Anatomized Bodies.”

A ritual performance opened the program and ushers and usherettes tossed rose petals as guests entered the venue to view the exhibit. 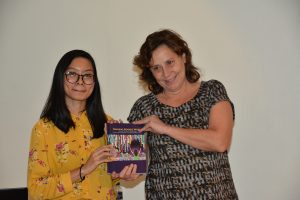 Hardon with one of the authors of “Making Bodies Work”

In his welcome remarks, Dr. Sir Anril P. Tiatco, Office for Initiatives in Culture and the Arts (OICA) officer-in-charge and the exhibit’s head curator and the festival project leader said the indoor exhibit is “an attempt to illustrate the body as not having a monolithic entity and perhaps, to best understand such ontology as dependent on its repeated and altered performances.”

Five galleries. “Subconscious substance” is a collection of beauty and health products people consume or use on the belief that these will enhance their appearance and improve their health and well-being.

Meanwhile, “Named!” features a photo of a male and female whose body parts are identified in Filipino (Cebuano and Tagalog), English and Chinese. It also shows the different body technologies involved in each body part. According to the curatorial notes, while the naming conventions are being influenced by popular culture, it “proves that body technologies know no ethnicities and that naming itself is embodied.” 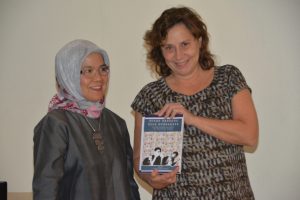 “The History of the Beautiful in the Philippines” presents a timeline on how the perception of beauty in the Philippines evolved from the pre-colonial period to the present. The theme that stood out in the timeline was “how dominant discourses and ideologies such as religion, patriarchy, colonialism, nationalism, consumerism and fascism have shaped our perceptions of what is beautiful.”

“Cosmeticized!” features three documentaries on body technologies and depicts the significant impact of aggressive marketing campaigns on Filipino consumers to urge them to buy beauty products and undergo cosmetic procedures to achieve the ideal beauty, at least in accordance to their perception. 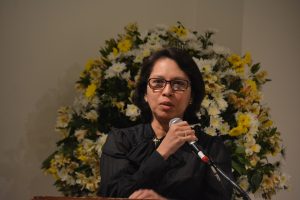 The exhibit at the Philippine Hall will run until Feb. 28 and will be at the Palma Hall Lobby from Mar. 9 to Mar. 30.

CYP is a research collaboration between the UPD Department of Anthropology and the University of Amsterdam on body sites and body technologies. 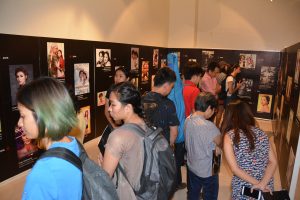 UPD Chancellor Michael L. Tan and Dr. Anita P. Hardon of the University of Amsterdam were the symposium’s keynote speakers.

In his message, Tan, who is also an Anthropology professor at the CSSP, said the CYP project is important because it allows the young people to talk about their bodies and what they do to their bodies. “We have researched enough to show that this project will contribute to our understanding of the bodies.”

“I developed this project which is called Chemical Youth and the idea was to study what young people do with chemicals but also, what do the chemicals do for them,” Hardon said.

She said “The idea was to examine it anthropologically, what I called the pragmatic regimes. So, people are taking stuff like skin whitening. They are taking chemicals for a reason. So, what is the reason?”

According to Hardon, research took place in The Netherlands, France, Indonesia and the Philippines. The CYP is based at the University of Amsterdam and is funded by the European Research Council. 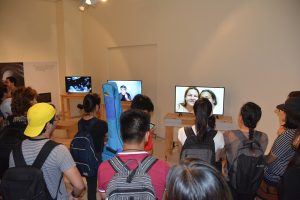 In the Philippines, the field school of the UP BA Anthropology program, with support from the University of Amsterdam, initially conducted the CYP in Batangas where a diverse sample of mall workers, porters, students, sex workers and call center workers was interviewed. The fieldwork was later expanded to Puerto Princesa, Palawan. In addition, the Anthropology students did ethnographic fieldwork on chemical youths for two subsequent years in Batanes and Cagayan de Oro.

A discussion on the CYP in the Philippines and Indonesia were discussed by Dr. Nurul Ilmi Idrus of Hasanuddin University and Xylene Angelique G. Azurin, an instructor at the Department of Anthropology, respectively.

Results of the CYP were published in three books which were launched following the symposium. 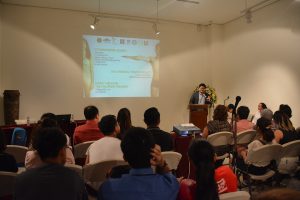 “Modernizing Frontier: Chemical Transformations of Young People’s Minds and Bodies in Puerto Princesa” edited by Hardon and Tan with papers by scholars of the Palawan State University is a collection of reports of ethnographic fieldwork in the island of the Palawan on the lived effects of chemicals on the youth. The book was pre-launched during the Centennial Conference of the Department of Anthropology in December 2017.

“Making Bodies Work: Young People’s Everyday Body Management in Urban Mindanao,” is a collection of papers looking at how young people in Cagayan de Oro use chemicals to enable their bodies to work, socialize and achieve their dreams.

“Bukan Narkoba Bisa Berbahaya: Produk Kimia, Aspirasi, dan Kehidupan Remaja” was edited by Idrus and Dr. Pande Made Kutanegara of Universitas Gadjah Mada. It is a collection of articles written in Bahasa Indonesia focusing on how youth use chemicals and pharmaceutical in their daily lives based on their aspirations in order to be happy, boost their mood, be energetic and for sex, work, health and performance.

“All three books reveal how vital chemicals have become in the management of everyday lives affairs among the youth of today whatever their occupations or pre-occupations. By chemicals, I mean not only the ones which are of interest to Oplan: Tokhang but, to a whole range of products incorporating substances that we use on our body,” Dalisay said. 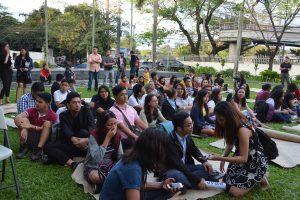 The event was hosted by CSSP Professors Mai Taqueban and Jem Javier. Chonchords, an a capella group from the UP College of Music, provided the intermission number.

After the symposium and book launch, the guests gathered at the Asian Center Lawn and were serenaded with “Persian Melodies: The Traditional Music of Iran” by Chavous, a five-member musical group led by Reza Gholamhosseinpour. The premiere screening of the documentary film produced by Hardon entitled “Sweet Medicine” followed.

The ethnographic documentary film is the cinematic translation of Hardon’s fieldwork in Palawan as part of the CYP and follows the lives of those involved in multi-level marketing company that sells a popular food supplement in Palawan.

An open forum after the film showing capped the program.