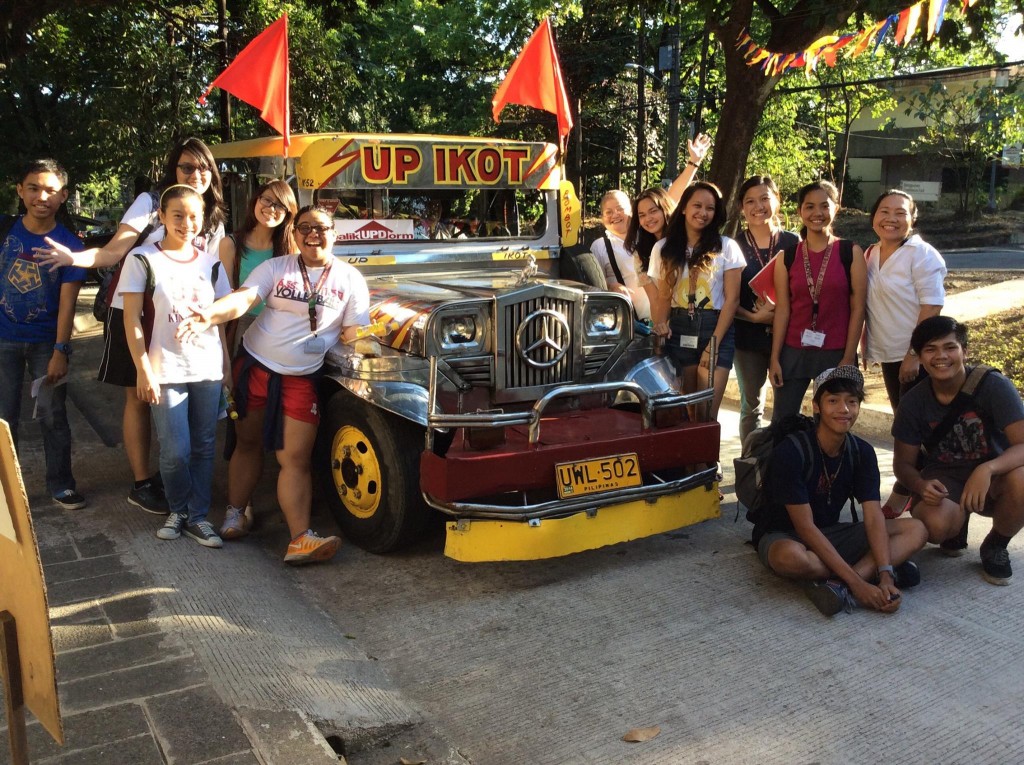 (March-April)  Former dormers and dorm managers had an afternoon of reminiscing and “throwbacks” at the “Tara Tena: balikUPDorm Grand Launch and Fellowship” held at the University Theater on Apr. 25.

A fund-raising campaign, the project seeks to augment the University’s resources for a comprehensive rehabilitation of the residence halls initiated by the Office of the Chancellor through the Office of the Vice Chancellor for Student Affairs (OVCSA) and Office of Student Housing (OSH) in cooperation with the UP Diliman Information Office.

Tara Tena is a Filipino colloquial phrase meaning “Let’s go!” and also an invitation to do something greater.

Chancellor Michael L. Tan, in his message read by Vice Chancellor for Research and Development Dr. Fidel R. Nemenzo, emphasized the need to rebuild and renovate the old dorms.

“Last year, shortly after I became chancellor, I visited all dorms and was overwhelmed. Name a problem in housing and we have it, from broken windows to busted plumbing, from poorly lit corridors and rooms to termite (anay) infestation and bedbug (surot)-infested mattresses, from flooded basements to blocked fire exits, or in the case of two dorms, no fire exits,” Tan’s message noted.

“Our old dorms are fine examples of Filipino architectural excellence, providing living and study spaces for our students: large gardens, study spaces, common study areas. You can still see vestiges of better times, but years of neglect have taken their toll. To use a medical metaphor, the dorms need intensive emergency care,” he added.

“Due to the wear and tear of the buildings and facilities for almost half a century, old dorms need major renovation and improvement,” he said.

In addition to helping the University improve the dorms and make them last to serve more students in the future, Santillan said the OVCSA’s balikUPDorm project “aims to invite alumni and friends to visit their campus homes and to support, in their own generous way, the components of the said project.”

OSH officer-in-charge Dr. Shirley V. Guevarra said the launch was the first homecoming event organized to gather the alumni of all UP dormitories.

She thanked UP President Alfredo E. Pascual for earmarking funds for the renovation of International Center and the Chancellor for approving most of the OSH requests for maintenance.

However, she said “UP can only do so much. In fact, the University is subsidizing the dorm fees of students which have not been increased in the last 10 years. We also subsidize the meals of the students from Molave, Kalayaan and Ilang-Ilang at P85, three meals a day.” 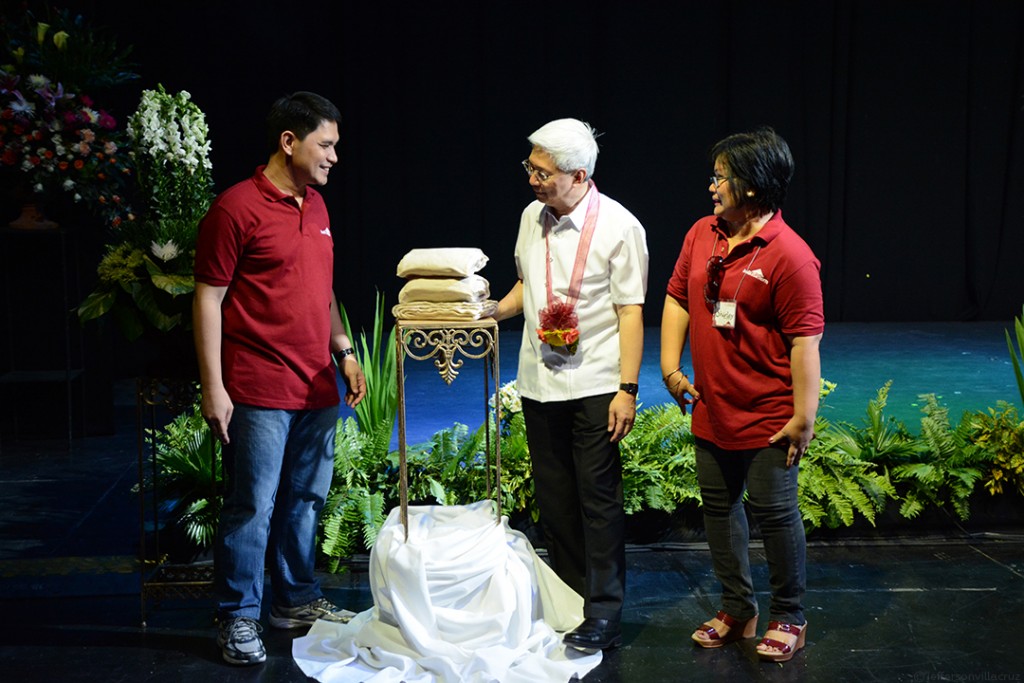 Brochures about the balikUPDorm project with information on project packages/choices and how potential donors can donate were distributed during the dorm alumni fellowship.

Based on the brochure, donors may choose from the following: Package One or the Roommate Package (P20,000), Package Two or the Wingmate Package (P50,000) and Package Three or the Dormmate or “Tads” Package (P100,000).

The Roommate Package donations will be used to buy emergency lights, beds and mattresses, study tables and chairs and bookshelves.

The “Tads” or “Tadidins” were residents of Ilang-Ilang, Kamia and Sampaguita Residence Halls in the 1960s who pooled their resources to donate something to their former home. 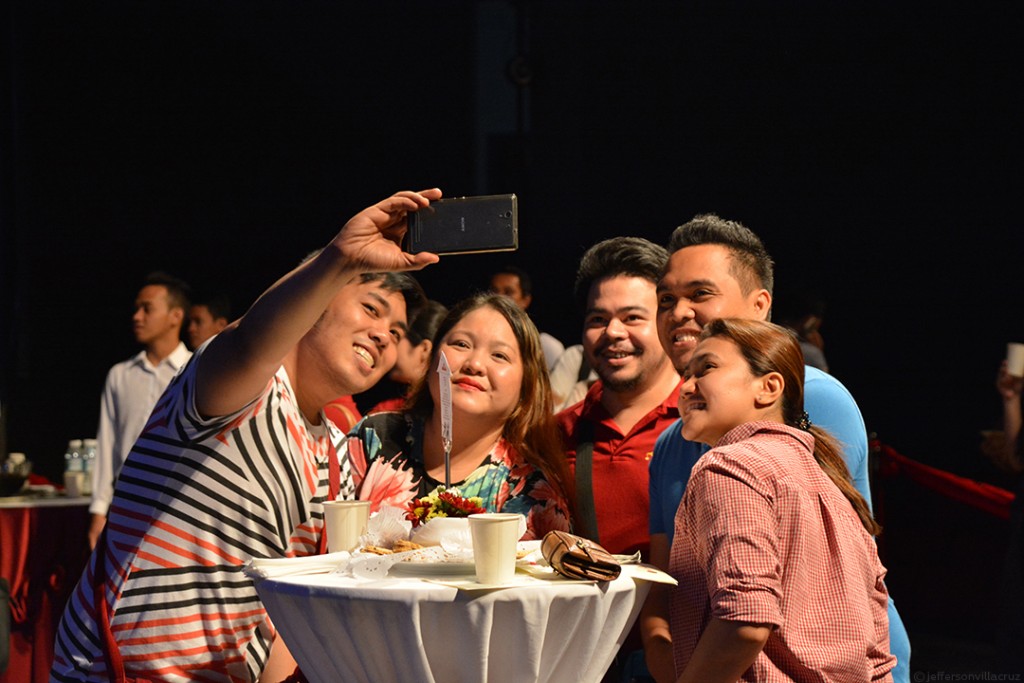 Ipil dormer Kevin Brandon E. Saure delivered a testimonial about life in the dormitory and the lessons he learned as a dormer.

Saure said he will never forget the “Pasalubong Festival” at Kalayaan dorm—where dormers bring delicacies from their respective provinces and shared them with the other residents—and the time he had to wear a costume even in class for the dorm’s “Wacky Day” event.

He said living in the dormitory gave him the opportunity and time to discover his strengths and weaknesses, abilities and how he can achieve his goals in life.

The balikUPDorm Project sculpture by College of Fine Arts professor Jamel Joseph A. Obnamia was later unveiled by Pascual, Santillan and Guevarra.

Oscar T. Serquiña of the College of Arts and Letters served as the master of ceremonies while the UP Filipiniana Dance Group, UP Singing Ambassadors, UP Theater Council, UP Street Dance Club and Marynor Madamesila provided the special numbers.

The program was followed by a dorm tour where the dorm alumni rode IKOT jeeps to visit the residence halls.