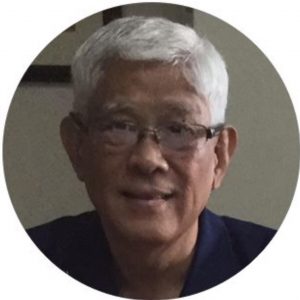 Tapia. Photo from the UPD Institute of Mathematics Facebook page

Retired mathematics professor Cesar G. Tapia, PhD passed away on Sept. 21. He was 73.

Tapia worked in UP as instructor at the then Department (now Institute) of Mathematics (IM) immediately after he earned his bachelor’s degree in mathematics in 1970.  There he stayed up until his retirement in 2012 with the rank of Professor 12.

As UP administrator, Tapia served as UP Diliman (UPD) assistant university registrar, and was college secretary of the College of Arts and Sciences.  At the College of Science, he was associate dean for administration and chair of the Computer Research System Committee that set-up the Computational Science Research Center (CSRC).  The CSRC is a facility that provides computing support to researchers and graduate students engaged in information system development, algebraic computations for modeling, and simulations.

According to the IM Facebook post, Tapia was IM program head for operations research for many years.  He served as affiliate at the UP College of Business Administration and the UP Technology Management Center.

Tapia has published numerous papers in operations research and mathematical programming, and has been awarded multiple times.  Among his awards were the 1998 Philamlife Insurance Company Chair for Professor of Mathematics, the 1995 PNOC DJ Professorial Chair in Science, and the1995 Outstanding Published Research, UP Diliman Chancellor’s Award.

Tapia earned his master of science in mathematics (1976) and his PhD in Mechanical and Manufacturing Engineering (Operations Research, 1991) from UPD and University of New South Wales, Australia, respectively.  He had post-graduate studies at the Université Scientifique et Médicale, Grenoble, France (1981-1982), University of London (1977-1978), and the University of Bucharest (1976-1977).  He also had post-doctoral studies at McGill University, Montreal, Canada from January to May 1992.