Students speak on the ST-S 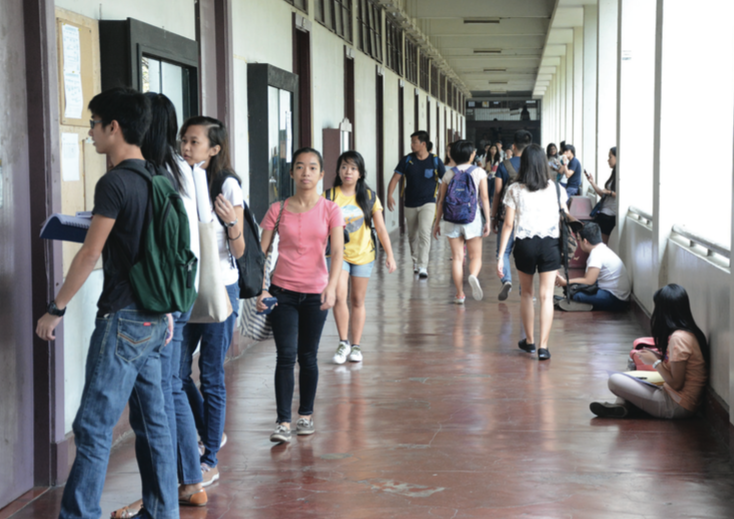 The launch of the Socialized Tuition System (ST-S) in August 2014 brought out the funny and furious among UP students across the system. Reactions ranged from apathy to mouth-frothing, with the hashtag #BracketAKaNa trending worldwide.

A semester after the launch, UPDate asked several students about their experience with the ST-S. Eight students, chosen at random before the Christmas break, were interviewed.

Speedy application. Most students agreed that the application process was very fast, especially compared to the Socialized Tuition and Financial Assistance Program (STFAP) that preceded it.

Mike from the College of Architecture did not get the chance to avail of the STFAP because of incomplete documentation, but with the ST-S—which does not require the student to submit documents—he was able to apply and avail of UPD’s socialized tuition

Renz of the College of Mass Communication (CMC) compared it to his application time for STFAP in 2013, which took almost five hours of queueing during the deadline of submission. Even then, he said, he wasn’t sure if he was submitting the right papers, for a requirement whose results would only be released after two to three months.

“Unlike sa ST-S na magfi-fill up ka lang ng form. May mga button naman na pwedeng i-check, then mga ilang weeks o araw nga lang yata narelease na rin yung result,” he said. [Unlike the ST-S, where all you need to do is fill up a form and the results would be released in a few weeks or even days.]

Neil of the CMC said that while applying for the ST-S took less than an hour, it was the waiting time for the results of the appeal that took the most time:

For Jerson from the College of Science, applying for the ST-S was both a supplementary and safety measure for his DOST (Department of Science and Technology) scholarship:

“…sabi nila required mag-apply sa ST-S pag DOST din. ‘Basta mag-apply lang kayo, kahit Bracket A, B or C. Basta OK lang.’…Para kung sakaling matanggal yung scholarship ko, at least mababa na yung pupuntahan kong bracket para mababa pa rin yung babayaran naming tuition,” he said. […they told us DOST scholars are also required to apply for ST-S. They said “just apply. It doesn’t matter if you get into Bracket A, B or C.” So even if I lose the scholarship, I still get a substantial discount.]

Questions and the honesty system. Nearly all the interviewees said improvements were needed to the questions on the application form, saying they were not precise or accurate enough, and that they are susceptible to abuse.

At least three of the interviewees said they knew of students who manipulated their answers to the application form to get a bigger partial discount.

Two of them believed the number of gadgets or cars a household owns were not absolute indicators of financial capacity, saying that such items may have been given as gifts or are outdated and are not truly representative of their financial status during the semester.

Another interviewee said the number of working individuals in the household is not a clear indicator. The mother may not be working “…pero may sustento sa father so anlaki parin po ng nakukuha. O kaya po may sponsor po from a relative.” […but receives assistance from the father thus still gets an ample support, or a relative is financing the student’s education.]

“How do you validate yung truthfulness nung mga sinasabi nila, kasi honesty system po siya. Pano kung sobra akong desperado na nandaya na lang ako? [Kunyari] nilagay ko dun na wala kaming income?,” he said. [Because it assumes the student is honest, how do you validate the truthfulness of what they’re saying? What if out of desperation, I lie and say our family has no income?]

More improvements. Some of the interviewees presented ideas on how to improve the ST-S.
Richelle from the College of Engineering said there could be a mechanism/space for students to explain their answers to the questions on the application form.

“…[M]ay mga parts na parang gusto ko pang i-justify kung bakit ganun yung sagot ko pero hindi ko na siya ma-justify, kasi walang option to explain,” she said. [There were parts where I wanted to justify my answers, but the application form did not include such an option.]

Neil suggested shortening the effectivity of the ST-S to a semester, rather than the entire academic year.

He cites his family’s income as an example, saying that it may be adequate during the first semester but not during the second, so he would need to change his partial discount category.

Neil admits that the proposition would put pressure on the part of the ST-S evaluators, but it would certainly help families like his.

Neil’s statement reflects the problem Franz experienced when his mother—the sole provider for the family—was diagnosed with cancer in December 2013 in the middle of the second semester and died five months later in May 2014.

The swift and sudden change of financial capacity forced Franz to consider dropping out of school as during the time he had not availed of UPD’s socialized tuition.

Fortunately through the help of the Office of Counseling and Guidance and several other student support mechanisms, he and his family—two sisters were also studying in UP—were given the chance to adjust to the changes and were able to continue their studies.

Neil again said the size of the family and the education status of the students could also be taken into account:

“…[K]asi kung malaki nga yung income mo pero yung pinapaaral naman ng mga magulang mo ay tatlo or five na college, hindi rin magandang basehan yun na ilagay ka sa Bracket B basta-basta,” he said. [What if the family’s income may be large, but three or five of the children are in college? Then the size of the income is not a good basis to immediately put the student in Bracket B.]