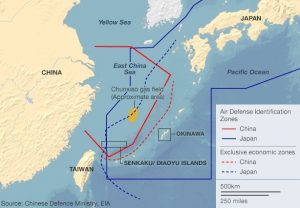 Two Chinese scholars presented opposing views on China’s territorial claim on the South China Sea (SCS) in a public lecture at the UP Asian Center.

“Between Assertiveness and Self-Restraint: Understanding China’s South China Sea Policy” had Dr. Zhou Fangyin and Dr. Chen Hanxi of the Guangdong University of Foreign Studies (GDUFS) presenting their analysis on the topic based mainly on China’s foreign policy agenda and national or core interests.

Opposing views. Zhou, professor and director of the Center for China’s Regional Strategies, Guangdong Institute for International Strategies of GDUFS said based on China’s decision not to establish an air defense identification zone (ADIZ) in the SCS and the non-mention of the disputes in some official statements and documents, the territorial claim on SCS is not among China’s top foreign policy agenda or national interest.

“While China established an ADIZ in the East China Sea on Nov. 23, 2013, it has been very cautious about establishing an ADIZ in the SCS. Claims of increasing Chinese assertiveness cannot explain these seemingly paradoxical behaviors,” Zhou said. East China Sea is on the east of China and south of Japan. It is where the Diaoyu islands are located and ownership is being contested by China and Japan.

Zhou also cited the proceedings of two top-level diplomatic work conferences held by the Chinese government in successive years: the Diplomacy Work Conference on Oct. 24-25, 2013 and the Central Conference on Work Relating to Foreign Affairs on Nov. 28-29, 2014. 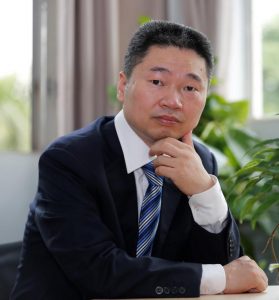 “It is worth noting that SCS is not mentioned in the public documents that emerged from the two conferences, suggesting that these disputes are not at the top of China’s foreign policy agenda. In July 2014, China also halted operations of the Haiyang Shiyou 981 drilling platforms in the SCS, even though in Beijing’s view the operations were taking place in waters not under dispute,” he added.

Meanwhile, Chen, an International Relations professor from the same institute, pointed out that in a White Paper issued by the Information Office of the State Council in September 2011, China’s core interests included “state sovereignty, national security, territorial integrity and national reunification, China’s political system established by the Constitution and overall social stability, and the basic safeguards ensuring sustainable economic and social development.”

Chen further said the SCS has been articulated as part of China’s core interests by government officials, scholars and a state-run newspaper. The latest statement, Chen said, was in July 2016 when “shortly after the SCS arbitration, Adm. Wu Shengli, Commander of the People’s Liberation Army (PLA) Navy, told the United States Chief of Naval Operations Adm. John Richardson that SCS is China’s core interest and would continue with its island building campaign in the SCS.”

Foreign policy. China is meticulously adopting changes in its foreign policy depending on actions of other claimant countries on the SCS debacle and the stability of the region based on the development of the issue – from ‘keeping a low profile’ to its stance of ‘striving for achievement.’ These are also “learning experiences for China since its action on the SCS can affect its other diplomatic goals and interests in other spheres,” Zhou said.

China is equally exercising restraint and assertiveness seen in the situation in the SCS. “While conflicts happened at many parts of the world, no military conflict occurred in the SCS, even though it has been a hot spot for many years,” Zhou said.

In general, Chinese diplomacy needs to go through a period of becoming assertive in order to “establish the level of deterrence necessary for China to be in a position to defend its sovereign rights and national interests in the SCS. A general consensus was reached that China should not allow its essential sovereign rights to be compromised for the sake of maintaining regional stability,” Zhou explained.

National interests. This new diplomacy of defending China’s national or core interests was tested in China’s claims to two areas: the SCS and the Diaoyu islands (Senkaku islands in Japan). 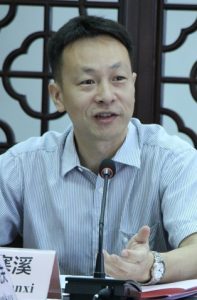 Future settlement. With the result of the arbitration case filed by the Philippines with the United Nations Arbitral Tribunal for the Law of the Sea favoring the Philippines, future actions on the SCS are not yet clear. “By the second half of 2014, the development of the ‘One Belt, One Road’ initiative of Chinese President Xi Jinping and preparations for setting up the Asian Infrastructure Investment Bank (AIIB) were entering a critical stage,” Zhou said. “This initiative brings more economic cooperation,” Chen said.

“China’s Belt and Road Initiative is based on the historic roots of the Silk Road, it focuses on Asia, Europe and African continents, and is open to all friends,” Xi said as quoted by SCMP. “The modern world today, being more interconnected than ever, was in a position where difficulties could be resolved in many different ways,” he added.

“In this context, a proactive approach to dealing with the SCS disputes seemed unlikely to secure many substantive benefits, while also promising no fundamental solution of the issues, and possibly having a negative impact on other, higher-priority, diplomatic goals,” Zhou said.

Chen also pointed that actions of Philippines President Rodrigo R. Duterte and US President Donald J. Trump are critical in future actions in the SCS dispute.

The public lecture last May 4 was co-organized by the UP Asian Center and the Asia Pacific Pathways to Progress Foundation, Inc.