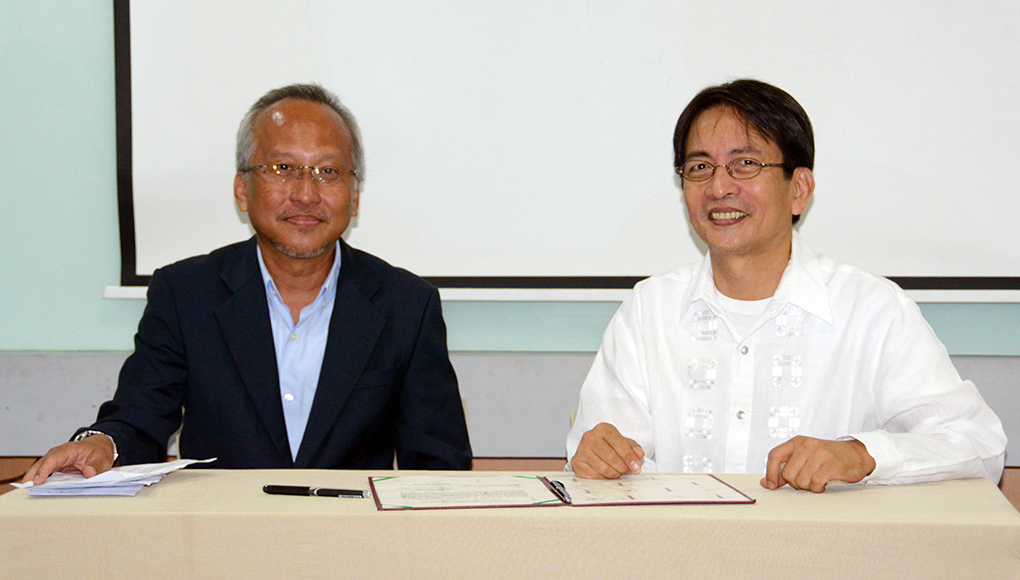 (JUL. 1)—Health economics expert Dr. Orville Jose C. Solon was affirmed as the eighth dean of the UP School of Economics (UPSE) on May 25 at the Julius T. Limpe Lecture Hall.

A Professor IV, he currently teaches Health Economics, Public Economics, Economics of Regulation, Econometrics and Mathematical Economics. Solon is known for his work on health economics, public health issues, public economics and the economics of regulation.

His top three priorities for UPSE are to produce more Ph.D. graduates, encourage its younger faculty members to publish and secure enough resources to pursue the first two endeavors.

Prior to his appointment as dean, he led the Health Policy Development Program (HPDP) in 2012, a multi-year effort based at the UPSE that supports the formulation of Philippine health policies. Under his leadership, a team of economists and medical practitioners provided HPDP with impartial and research-based policy guidance across changing government administrations. 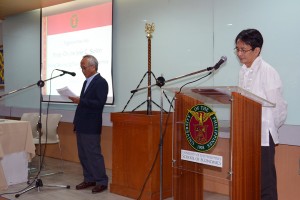 According to the Johns Hopkins Bloomberg School of Public Health, health economics is “the application of economic theories to understand the behavior of individuals, health care providers, public and private organizations and governments in decision making.”

His collaboration with both Filipino and foreign scholars yielded a significant number of publications in journals that include Health Economics, Economics Letters, Social Science and Medicine, Journal of Pediatrics and Medical Care.

His appointment was approved by the University’s Board of Regents at its 1307th meeting on Apr. 29. Solon began his term on May 1 and will serve until Apr. 30, 2018.