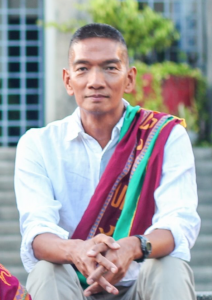 “Prof. Reyes died due to an aggressive illness. He was admitted to a hospital in March and underwent surgery. While recovering at home, he was again confined this week due to complications and expired this morning, Apr. 10, 2020.  Noli was a beloved friend, colleague, scholar, teacher and mentor. He served the Institute of Mathematics and UP Diliman with distinction and dedication,” UPIM posted on its Facebook page.

Reyes earned his PhD in Mathematics from Ohio State University, USA in 1992.  A recipient of the NAST – Outstanding Young Scientist Award in 2002, his areas of specialization include Approximation Theory, Fourier Analysis, Wavelet Analysis and Mathematical Aspects of Signal Processing.

In the Specialized Philippine Enterprise Reference of Experts and Scientists webpage, Reyes was recognized for his significant researches in the field of Mathematics in the Philippines specifically in the areas of Fourier analysis, approximation theory and wavelet analysis “having important applications in the numerical processing of large amounts of data such as in signal analysis, image processing and environmental monitoring. His research on wavelet analysis has led to more efficient algorithms in numerical analysis, in particular to solutions of differential equations. The most important aspect Reyes’s research concerns the prediction of the growth of quantities obeying certain analytical conditions.”

Reyes has a number of awards including the UP International Publication Award (2001 and 2002), the Philamlife Professorial Chair in Mathematics (1999-2000); the Ralph Nubia Professorial Chair in Mathematics (1999-2000), the DOST – JSPS Scientific Exchange Program as Visiting Scientist at Sophia University (October-November 1995 and 1997); the UP Diamond Jubilee FacultyGrant (1993-1998); and the 1991 Best Graduate Teaching Associate (Master Teacher Award), Ohio State University.