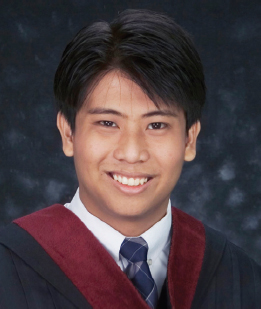 (July-August)—Advertising is big business. A 30-second commercial on television can cost as much as P250,000 if aired during primetime (8-11 p.m.).

The higher a show’s ratings are, the more expensive its advertising slots are and the more revenue it generates for the network.

AGB Nielsen is the Philippines’ largest market research outfit, providing ratings for Philippine television. These ratings are expensive, with both broadcasting networks (sellers) and private companies (buyers) of advertising paying a premium for their assessment.

Other than the availability of AGB Nielsen’s numbers, is it possible to predict the amount of money a television show will make based solely on data freely available on the Internet?

A regression model created by Dr. Eugene Rex L. Jalao of the College of Engineering, has predicted the amount of revenue a 30-second advertising slot generated during the 2011-2012 broadcast season in the United States using data freely available on the Internet.

The model is the focus of his study entitled “Predicting Primetime TV Show Advertising Revenue from Significant Factors,” which was partly funded by the PLDT Professorial Chair in Engineering he holds.

According to the Psychology Department at Missouri State University, regression models are used “to predict one variable from one or more other variables.” Regression models allow “predictions about past, present, or future events to be made with information about past or present events.”

In the study, Jalao took attributes of a television show, such as its length, the number of episodes aired and the network it was shown in and factored it in the model to predict the revenue a 30-second advertising slot in that show would generate.

Jalao used an entire season’s worth of 69 USbased primetime television shows from five networks (ABC, CBS, CW, Fox, NBC) as his sample. Some of the shows he sampled are How I Met Your Mother (CBS), American Idol (Fox), CSI: Miami (CBS), Once Upon a Time (ABC) and Gossip Girl (CW).

The study revealed that ABC “has the highest gain in advertising revenue from the baseline of the CW network, closely followed by CBS, Fox and lastly NBC.”

Thursday is also the best day for shows to broadcast “since it has the highest gain from the baseline of Friday which has on average, the lowest advertising revenue.”

Key in the study was the inclusion of data from social media, which comprise about half of the information needed by the model. Jalao looked at the response the show’s official Facebook (number of likes) and Twitter (followers) generated and factored it into the model.

The study also revealed that the number of Twitter followers a show has is more influential than the number of Facebook likes it has when it comes to advertising revenue.

An alternative. Jalao said that using the model, in its final form, is an alternative way for smaller companies such as startups to be more informed about product placement without having to spend for expensive Nielsen ratings.

While Jalao is quick to say that the model is in no way meant to replace the current system of collecting ratings that companies like Nielsen employ, “[i]t is an alternative, it works. [The model] provides us with the same revenue. The model predicts the same revenue as what is actual,” he said.

Next step. When asked about the possibility of using the model for Philippine television, Jalao notes that it would be difficult right now citing factors like time slot (US television shows generally air only once a week while soaps here air every day) and the relatively low penetration of social media (media agency We Are Social puts social media penetration in the Philippines at only 32% compared to the US’ 75%).—Photo courtesy of Jalao