Philo prof is the new VCSA 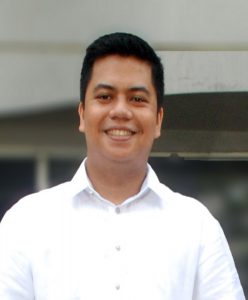 Prior to his appointment as vice chancellor, he served as coordinator of the CSSP Office of Student Affairs from Sept. 1,2013 to Sept. 30, 2016.

Agpaoa joined UP Diliman in 2008 as instructor of Philosophy at the CSSP and became an assistant professor in 2012.

He published a number of scholarly articles to various refereed journals, the most recent of which are: “Friends as second selves: An examination of friends’ role in improving one’s self-knowledge” published by The Pelican, a refereed annual official journal of the University of San Agustin, Iloilo City; “When rules turn loose: An Analysis of the Concept of Rules and Exceptions” published in 2013 by Social Science, Diliman, an internationally-refereed semi-annual journal for the social sciences published by the Office of the Vice Chancellor for Research and Development; and “Philo Henyo: An Analysis of Pinoy Henyo” published in 2013 by the Philippine Social Sciences Review,  a peer-reviewed journal and official publication of the CSSP.

Agpaoa also presented some of his researches to local and international conferences, the most recent of which are: “A Philosophy for Children Legacy” which he presented at the Philosophical Association of the Philippines Mid-Year Conference in October 2012, and “When rules turn loose: An Analysis of the Concept of Rules and Exceptions” at the Shanghai International Conference on Social Sciences in Shanghai, China in July 2013.