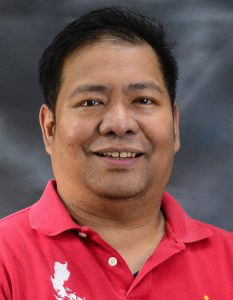 The NRCP Achievement Award is the highest recognition bestowed by the Council on its members whose works greatly contributed to the advancement of their respective fields of expertise and responded to the needs and challenges of various industries. The citation for Dr. Esguerra’s Award is as follows:

“In recognition of his contributions to the statistical mechanics of self-gravitating systems, random walks, Brownian motion, and first passage processes, applications of fractional calculus in physics, and mathematical methods for nonlinear and quantum systems;

His contributions to the physics and science education community through his services as a past-president of the Samahang Pisika ng Pilipinas, a member of the CHED Technical Committee for Physics, coach of many Philippine teams sent to the International Physics Olympiad, Asian Physics Olympiad, and International Olympiad of Astronomy and Astrophysics, and Coordinator of the Theoretical Physics Group at the National Institute of Physics for almost ten years;

And his more than two decades of mentoring research students at the high school, undergraduate, masters, and doctoral levels leading to research theses and SCIE-indexed journal publications.”

Congratulations Perry, from your NIP Family!