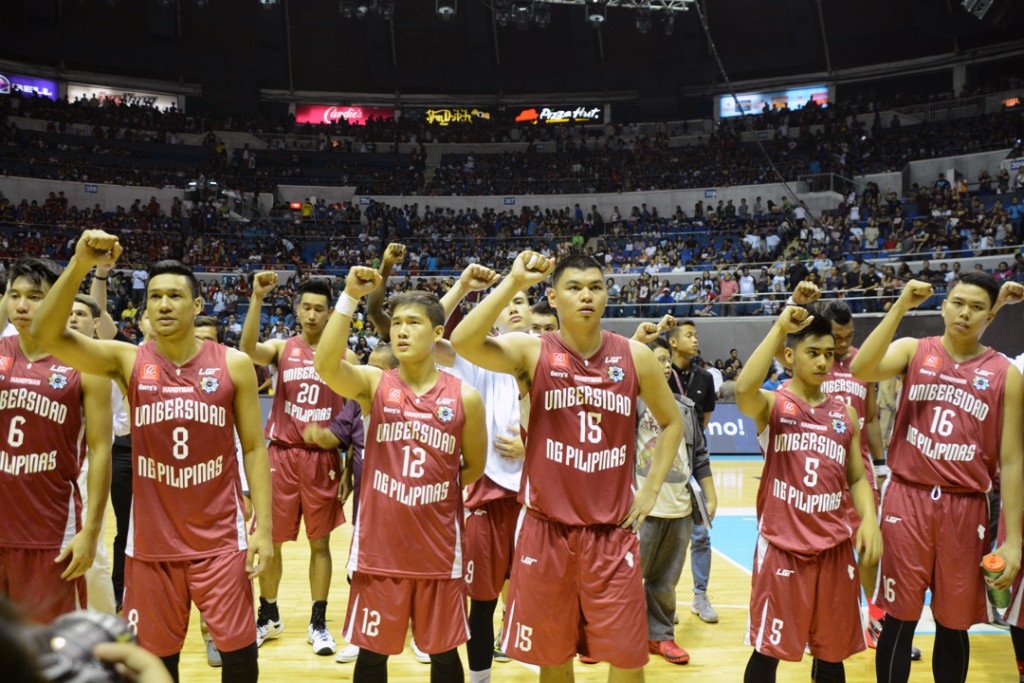 By Javier Palaña, images by Leonardo Reyes and Jefferson Villacruz

(SEPT. 8)—Eager to usher in a new tradition, the University of the Philippines Fighting Maroons started their season with aplomb as they held on to beat the University of the East Red Warriors before a mammoth crowd, 62-55 in the opening game of season 78 of the UAAP men’s basketball tournament at the Smart Araneta Coliseum last Sept. 5, their first opening game win in four years.

In the fourth canto, unlikely hero Gelo Vito turned a close 45-41 count into a 7 point advantage, 56-43 with 4:57 left, as he waxed hot with three straight conversions from rainbow territory. The gusty Red Warriors, however, refused to go away without a fight. Chris Javier and Edison Batiller led a late surge by the Recto-based squad to pull within four, 55-59 with 20.8 seconds left. But big man Jerson Prado and Dave Moralde nailed clutch free throws down the stretch to seal the game for Maroons.