New insights into the Pinoy psyche 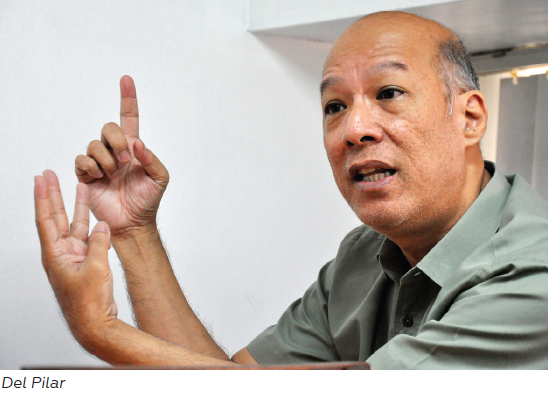 (July-August)—A new personality test reveals that people with the “bahala na” attitude have “high emotional instability and are not used to planning their tasks and activities.” In addition, “init ng ulo” or anger hostility “borders between high emotional instability and concern for others,” while “pagkamatapat” or sincerity straddles “the ability to empathize and the tendency to be generally careful and cautious.”

These new insights into the Filipino psyche were d e t e r m i n e d by a team of psychologists from the UP Diliman (UPD) Department of Psychology using a personality instrument they developed called “Masaklaw na Panukat ng Loob” or “Mapa ng Loob” (Mapa).

FFM is “a hierarchical organization of personality traits in terms of five basic dimensions” according to Robert R. McCrae and Oliver P. John in “An Introduction to the Five-Factor Model and Its Applications.”

These dimensions or domains are Openness to experience (O), Conscientiousness (C), Extraversion (E), Agreeableness (A) and Neuroticism (N). Mapa is the first Filipino-developed personality instrument to use FFM.

“A” is characterized by empathy, altruism and concern for others. The “A” traits are pagkadimayabang (modesty), p a g k a – m a p a g t i w a l a (trust), pagka-maunawain (capacity for understanding), and pagkamapagparaya (obligingness).

Mapa “organizes this very broad, practically all of the important traits that have been studied [into five domains]. It also serves the function [of a map]. You can put people in that map [and] also locate concepts, for instance, ‘bahala na,’” Del Pilar said. 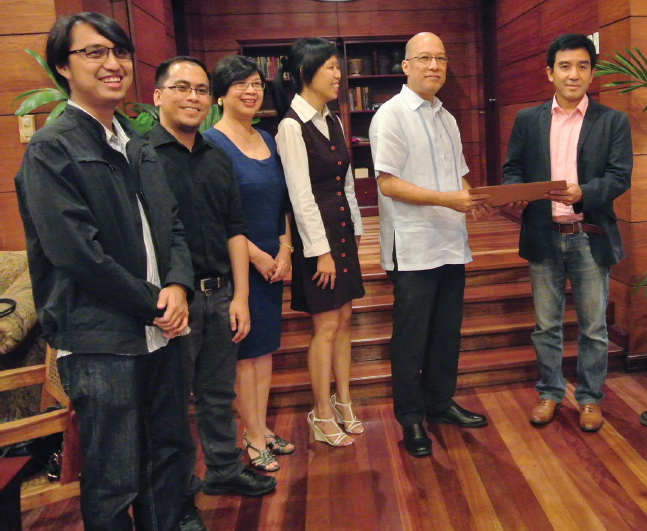 Its advantage over foreign made tests is the constructs or facets that are very specific to the Filipino culture.

Mapa can also be used by researchers for foreigners or non-Filipino subjects. Del Pilar said, “There are very strong indications that the instrument can measure the five factors, only that we were able to identify traits in Philippine culture that are good markers of those domains.”

Mapa making. Mapa began with a need for an affordable, indigenously-developed personality inventory based on FFM.

When Del Pilar was working on his doctoral thesis, he decided to translate NEO-PI-R into Filipino.

His translation received a number of requests from researchers asking permission to use it. The problem was, use of the instrument is quite expensive, “It is $1.50 for each answer sheet,” Del Pilar said.

In 2010, he assigned the test as a project in a graduate class in personality scale construction. His class immediately became interested in the project. Sio, Cagasan, Siy and Galang were Del Pilar’s advanced doctoral students in personality psychology.

The first item to hurdle was how to measure FFM. “That was when we decided we were going to pick certain facets,” he said.

Del Pilar and his team did an extensive literature review, which they discussed in class. After many long discussions, the team identified the 20 facets or Filipino traits which were evenly distributed among the five domains.

Rounding up the Mapa facets were “init ng ulo” and “pagkamatapat” which Del Pilar said were considered “interstitial scales” or bordering between two domains.

The team then proceeded to writing down items or questions for testing. Del Pilar also welcomed the inputs of his undergraduate students. A total of 55 people were involved in writing the items for the instrument.

The items were later discussed, filtered and field tested on some 1,000 subjects from three schools: UPD, Letran College and St. Michael’s College of Laguna.

College students with ages ranging from 16 to 23 were chosen as subjects. A majority of students’ age ranged from 18 to 20.

In the last stages of testing, the team administered the test to 190 adult samples and found that “basically we got the same patterns. What we found in the students we found in the adults,” Del Pilar said.

For the final stages of development, students from nine schools, including UPD were tested.

‘Bahala na.’ In March 2013, the team’s efforts and sacrifices paid off as all the tests proved to be a success.

The field tests confirmed prior studies made by Del Pilar’s student on “bahala na” years ago. Del Pilar found that indeed “bahala na” is high on “N” and low on “C.” He said there are two points of view on “bahala na”: the traditional view of ‘fatalism,’ or the Filipino attitude of withdrawal from a crisis; and the attitude of ‘determination and risk-taking.’

“Traditionally, the view (of ‘bahala na’) was negative. Pero sina (Alfredo) Lagmay, (F. Landa) Jocano, (Virgilio) Enriquez said it’s not all together negative. There are benefits. It’s a sign of courage. In the face of adversity you can make up your mind to face up to this difficult situation. Na-confirm because if you have high ‘N’ anxious ka, worried ka, but (despite this) people are able to go through what they have to go through when they tell themselves, ‘bahala na,’” Del Pilar said.

Furthermore, 90 percent of Mapa participants confirmed the accuracy of the instrument when asked for a feedback because Mapa’s findings matched their self-perception.

Presently, the Mapa team is waiting for funds approved last year by the Commission on Higher Education for further research.

Meanwhile, the Office of the Vice Chancellor for Research and Development (OVCRD) recognized Mapa’s potential in assessing important personality traits in both research and applied settings (industry, school, psychology clinics). Mapa (with 188 items) now has a short form of 50 items. Two English versions of Mapa are currently in its final stages, which the team targets to finish end of this semester.

On July 4, as an act of goodwill and in recognition of UP’s support to the team, the Mapa authors turned over its copyright to UPD through OVCRD.