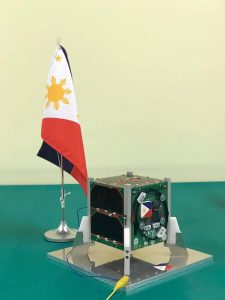 From there, the 1.3-kg cube-shaped Maya-2 will be released into orbit and will travel around the earth daily, primarily taking pictures/images of the earth but also relay information such as weather station telemetry and emergency announcements in the area it may happen to be passing over.

Maya-2 was designed and developed by Mark Angelo Purio, Izrael Zenar Bautista, and Marloun Sejera, Filipino scholars who were sent to Kyutech through the Space Science and Technology Proliferation through University Partnerships Project of the Space Technology and Applications Mastery, Innovation and Advancement (STAMINA4Space) Program. 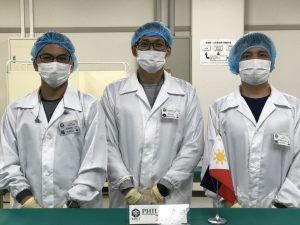 According to NASA, BIRDS-4 is the “continuation of an international small satellite development project under a strategic partnership agreement between Kyutech and the Japan Aerospace and Exploration Agency.”

“The mission of the BIRDS-4 satellites is to test commercial off-the-shelf components, as well as new technologies such as Perovskite solar cell and antenna using the satellite structure to prove their worthiness in space,” the agency added.