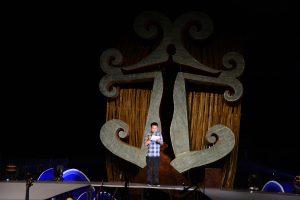 (NOV. 29)—UP Diliman paid tribute to its students, faculty and staff who left the University in pursuit of their individual endeavors during its annual Pag-iilaw ceremony where all the Christmas lights on the UPD campus were switched on for the first time, signaling the start of holiday celebrations.

Held this evening at 6 p.m. infront of the Oblation Plaza amid a large gathering of UPD students, staff and community, the ceremony featured performances around the theme of departure and homecoming.

The night began with Louise Anne Manuel and Kris-belle Paclibar Mamangun accompanied by UP College of Music (CM) students, interpreting the poems “Tayo ang Gumuhit” by National Artist Bienvenido Lumbera through dance and movement followed by a performance of “Posible” by Rico Blanco. 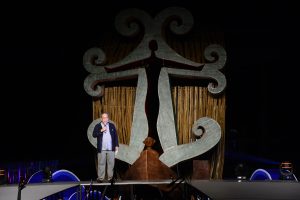 This was followed by the main lighting ceremony. Rosie Sula, a chanter from Lake Sebu performed “Ritwal ng Pag-iilaw” invoking diving protection for all the members of the UPD community.

She was followed by Vice President Jose Y. Dalisay (representing UP President Danilo L. Concepcion) and UPD Chancellor Michael L. Tan, who each read a stanza of National Artist Amado V. Hernandez’s poem “Pananalig.” After the ritual was the switching on of the Christmas lights in and around Quezon Hall as well as the Oblation Plaza.

The program was capped by Manuel and Lorenz Edward Sarrondo accompanied by CM students who performed “Iisang Bangka” by The Dawn. 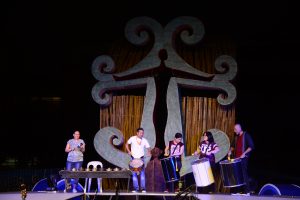 Kamalayag. The event’s centerpiece is Kamalayag, a giant lantern in the form of a kumpit (traditional boat) built in place of the Oblation along with the adjacent Plaza, which are temporarily hidden from view because of an ongoing renovation.

“The sails are made of bamboo and visually reminds us of the blades of the talahib (wild grass) that was abundant during the pioneering years of the Diliman campus. The kumpit’s mast is made of a cruciform structure that has an arrow on the tip like a compass’ magnetic north pointer and represents members of the UP community’s “paglaot” to the four corners of the archipelago.  The mast and the sail also depict a cavity in the form of a silhouette of the Oblation statue,” he said. 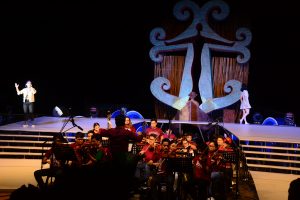 Imao said paglaot (setting out to sea) connotes a return to its origins, the village where it docks (“pagdaong”) regularly. “Every paglaot carries the promise to return either physically—those who have safely navigated its waters and brought home the day’s catch, or in spirit for those who are forever embraced by the sea, they come back as stories of inspiration and hope.” 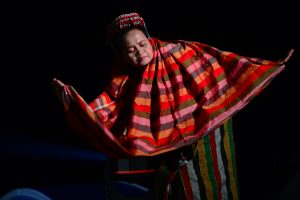 Closing the year is the Lantern Parade, to be staged on Dec. 14 at 5 p.m. around the Academic Oval and the University Amphitheater.

The finals. The ceremony came after a historic win by the UP Fighting Maroons Men’s Basketball Team, who made it to the UAAP Season 81 championship after surviving a thrilling do-or-die match against Adamson University the night before, setting the whole UP System alight with celebration. 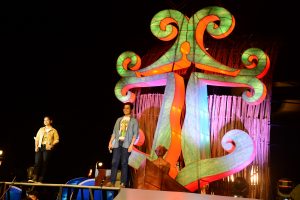 The elation could still be felt throughout the Pag-iilaw, with the crowd cheering at every mention of the team’s win, and Tan acknowledged their win.

The night ended with a mini-concert held in front of the Quezon Hall lobby featuring performances from homegrown performing groups Bateria Brigada, Sunday Radio and Unit 406. 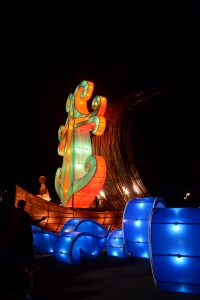 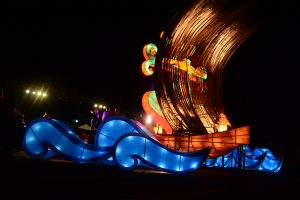 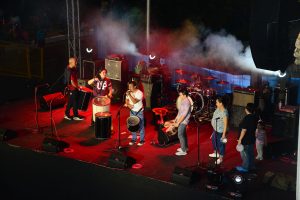