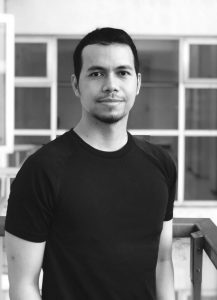 (MAR. 25)—Prof. Aldrin P. Lee, PhD, of the College of Social Sciences and Philosophy (CSSP) Department of Linguistics (Lingg) was elected as the President of the Linguistics Society of the Philippines (LSP), the premiere linguistics organization in the country.

An associate professor at Lingg specializing in Korean Linguistics, Lee was elected on Mar. 13 by the LSP Board of Directors at its meeting held right after the LSP International Conference 2021, via Zoom.

As President, he will preside over all meetings of the general assembly and the Board of Directors. He will also oversee all the LSP activities and projects under his term, leading it towards the achievement of its goals and visions within the three-period time frame. He will also represent LSP in national policymaking initiatives that call for the organization’s participation.

An advocate of linguistic human rights, that is “the right to identify with one’s own mother tongue(s) and the right to education and public services through the medium of it/them,” as LSP President Lee “envisions the formulation of a descriptive framework that could aptly account for the distinctive features of Philippine-type languages.”

Lee also intends to forge collaborations between LSP and other linguistic societies in Asia, especially Taiwan, Singapore, Japan and Korea.

He was first elected to the board (as one of the 11 board of directors) by LSP members during its National Conference and General Meeting held in March 2018 in Balanga, Bataan. Lee was elected as Vice President during the re-organization of the LSP Board on Apr. 21, 2020.

The department hopes that with his election as LSP President, Lee will “be able to forge new networks and strengthen existing connections between and among institutions that promote the study and appreciation of Philippine languages.”