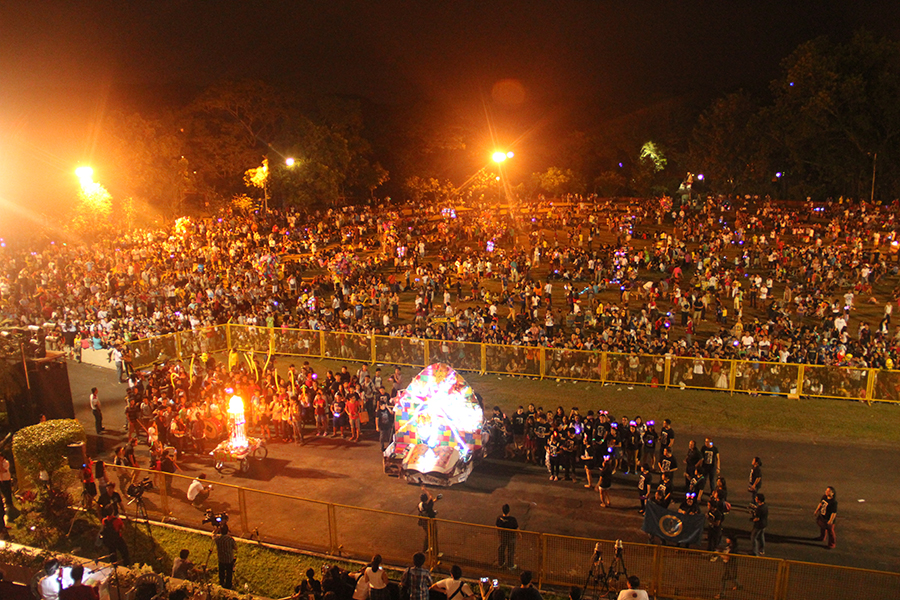 The most-awaited Lantern Parade which draws about 30,000 participants and spectators from in and outside the campus is the culmination of the Christmas festivities in UP Diliman. UP officials with participating colleges, offices and organization will parade their lanterns around the academic oval and will gather in a program at the Ampitheater. Celebrities, who are also UP students, Ms. Rich Asuncion and Mr. Martin del Rosario will serve as master and mistress of ceremony.

Announcement of winners and awarding of prizes for the Lantern Competition, Karolfest will also be part of the program. The celebration will close with the fireworks display sponsored by the Beta Epsilon Fraternity.

The Christmas tradition at UP Diliman