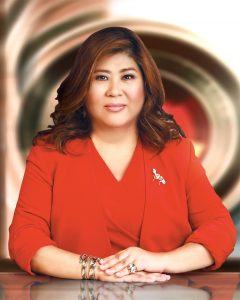 THE University of the Philippines (UP) College of Mass Communication has named Jessica Soho as the recipient of the UP Gawad Plaridel 2018—Outstanding Journalist Category.

Ms. Soho, a veteran broadcast journalist, is cited for her pioneering work in broadcast investigative journalism and for her insightful and courageous coverage of Philippine and world news.  She holds the distinction of being the most awarded broadcast journalist in Philippine history with two hundred fifty-three (253) local awards and thirty-two (32) international awards to date. She is the first Filipina recipient of the highly acclaimed George Foster Peabody Award for her documentaries on the illegal trade of kidneys and the harrowing plight of Filipino boxers and is also a 6-time recipient of the “Most Trusted News Presenter” award of Readers Digest Asia.

The U.P. Gawad Plaridel is the sole award in the University of the Philippines System given to outstanding media practitioners. Established by the UP College of Mass Communication, the annual UP Gawad Plaridel bestows honor on Filipino media practitioners who have excelled in any of the media (journalism, broadcast-radio and television, film, and new media) and performed with the highest level of professional integrity in the interest of public service.

The recognition comes with a trophy sculpted by the late National Artist Napoleon V. Abueva to be presented by the UP President Danilo Concepcion and UP Diliman Chancellor Michael Tan on August 29 at the UP Film Center. Afterwards, Soho will deliver a Plaridel lecture on “The Challenge of Journalism in the Post-truth and Fake News Era”.

The award is named after Marcelo H. del Pilar (nom de plume, Plaridel), the selfless propagandist whose stewardship of the reformist newspaper La Solidaridad, gave voice to nationalist sentiments and libertarian ideas in the 1890s. Like Plaridel, the recipient of the award must believe in a vision of a Philippine society that is egalitarian, participative and progressive, and in media that is socially responsible, critical and vigilant, liberative and transformative, and free and independent.