How are the Pinoys in Italy? 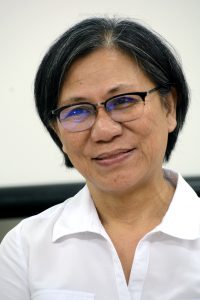 (AUG. 14)—There are more than 160,000 Filipinos in Italy and most of them work in the domestic and family sector.  This is according to the 2016 executive summary of the Ministerio del Lavoro e delle Politiche Sociali on the Filipino Community (http://www.integrazionemigranti.gov.it).

Filipinos working and living in Italy were the focus of the panel discussion “Filipinos in the Eyes of an Italian” on Aug. 3 at the UP Center for Integrative and Development Studies (UPCIDS) Conference Hall, a project of Francesco Conte.  Conte is a director at Termini TV, which according to its webpage, is a project that began on Apr. 25, 2015 by eight people who wanted to renew the “narration of usually stereotyped people: foreigners, travelers, migrants, expats” who they meet at train stations in Italy.

According to Maruja M.D. Asis, PhD, of the Scalabrini Migration Center, migration to Italy started in the 1970s.  Women went to Italy to meet the demand for domestic services.  As years went by, more Filipinos, both men and women, went to Italy to be domestic workers. 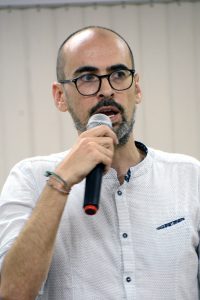 In the early years, Asis said most Filipinos came as tourists.

“The people who went there initially as tourists have stayed on because the Italian government introduced many regularization exercises.  Once they have legalized their stay, their working conditions improved and had the opportunity to bring their families with them to Italy.  So from something that was not authorized, the Filipinos in Italy are now becoming a presence,” Asis said.

Filipinos in Italy have a very high employment rate and their job levels protected them during the economic crisis in Italy.  However, the challenge is the Filipinos’ continuing concentration in domestic work.

The summary shows manual unskilled work is performed by 77 percent of Filipino workers (compared with 40% for all non-EU workers) and just one percent of Filipinos are managers or professionals in the intellectual and technical spheres.  Filipino employees receive a monthly pay that is generally below the average for all non-EU citizens.  Fifty-seven percent receive a wage of less than 800 euros (or less than P48,000) a month.  Only 6.2 percent Filipinos earn more than 1,200 euros monthly (about P73,200.) compared with 20.7 percent for all non-EU workers. 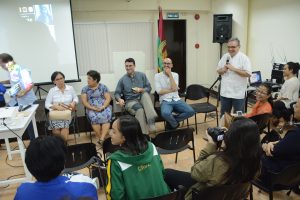 The panel during the open forum

Asis added that almost half of the Filipino community is over the age of 40, making it older than other communities of non-EU citizens in Italy.  Conte said most Filipinos he met in Italy were from Mabini, Batangas.

Meanwhile, panel discussant Ellene Sana of the Center for Migrant Advocacy hoped the Philippine and Italian governments forge an agreement to address concerns on the social security of Filipinos working in Italy.

She said, “Filipinos in Italy are required social security in Italy.  They are in fact covered by the labor law in Italy, but when they retire they cannot enjoy the full benefit of their contributions to social security because we do not have social security agreements with Italy.”

The event also included a project presentation and film screening on random interviews of Filipinos in Italy set in various train stations.  This probes into reasons behind the Filipinos’ move and how they deal with the challenges of living in Italy.

Other panel participants at the UPCIDS event were Amb. Pete Chan, Diplomatic Relations of the Philippines and Italy, and Fr. Graziano Gavioli of the Scalabrini Migration Center.  Among the UP constituents were Prof. Maria Ela L. Atienza, PhD, Department of Political Science Chair and Co-convener, UPCIDS Program on Social and Political Change, and Prof. Jean Paul Zialcita, PhD, of the Department of Political Science.