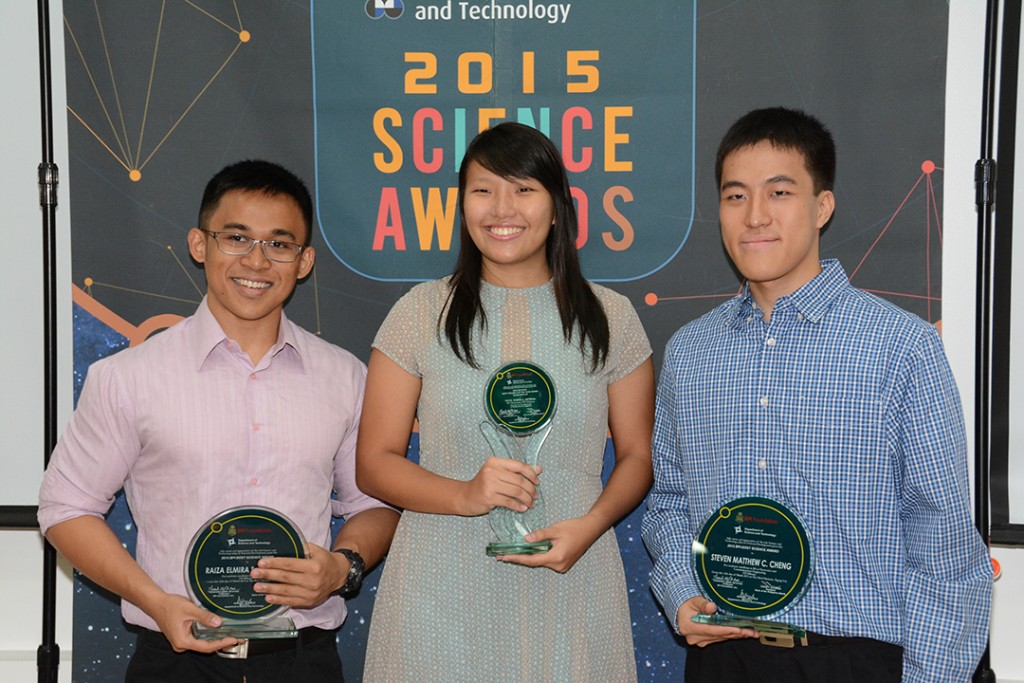 From left:  Puspus, Imperial and Cheng

The students, all seniors, were chosen for their exceptional performance in the field of science. The awarding ceremony was held on April 20 at the Institute of Environmental Science and Meteorology Auditorium.

Imperial’s thesis entitled “One-Step Fabrication of Superhydrophobic/Superolephellic Ellectrodeposited Polythiophene for Oil and Water Separation,” seeks to find a simpler way of fabricating a coating that is “water-hating but oil-loving” which can be used for oil spills.

Meanwhile, Cheng thesis entitled “Design and Implementation of UHF Bi-Directional Amplifier for WiFi Over TV White Space” looked into utilizing the abundant unused TV channels, the TV white space (TVWS), as a resource to provide communication channels during emergencies and disasters. Generally, it aimed to implement a “UHF BDA that will operate within the UHF TV band (450 MHz-900MHz).”

The study is expected to establish a link between cellular towers/service providers in rural areas, hence, giving mobile signal connection to people within these areas.

“After calamities where the primary networks go down, this could effectively give temporary and immediate cellular coverage for better communication between the disaster risk management office in the unaffected areas and the corresponding authorities in the disaster affected area. Relief and rescue operations would then become faster, more efficient, and easier,” Cheng said.