Four options to a democratized Vietnam 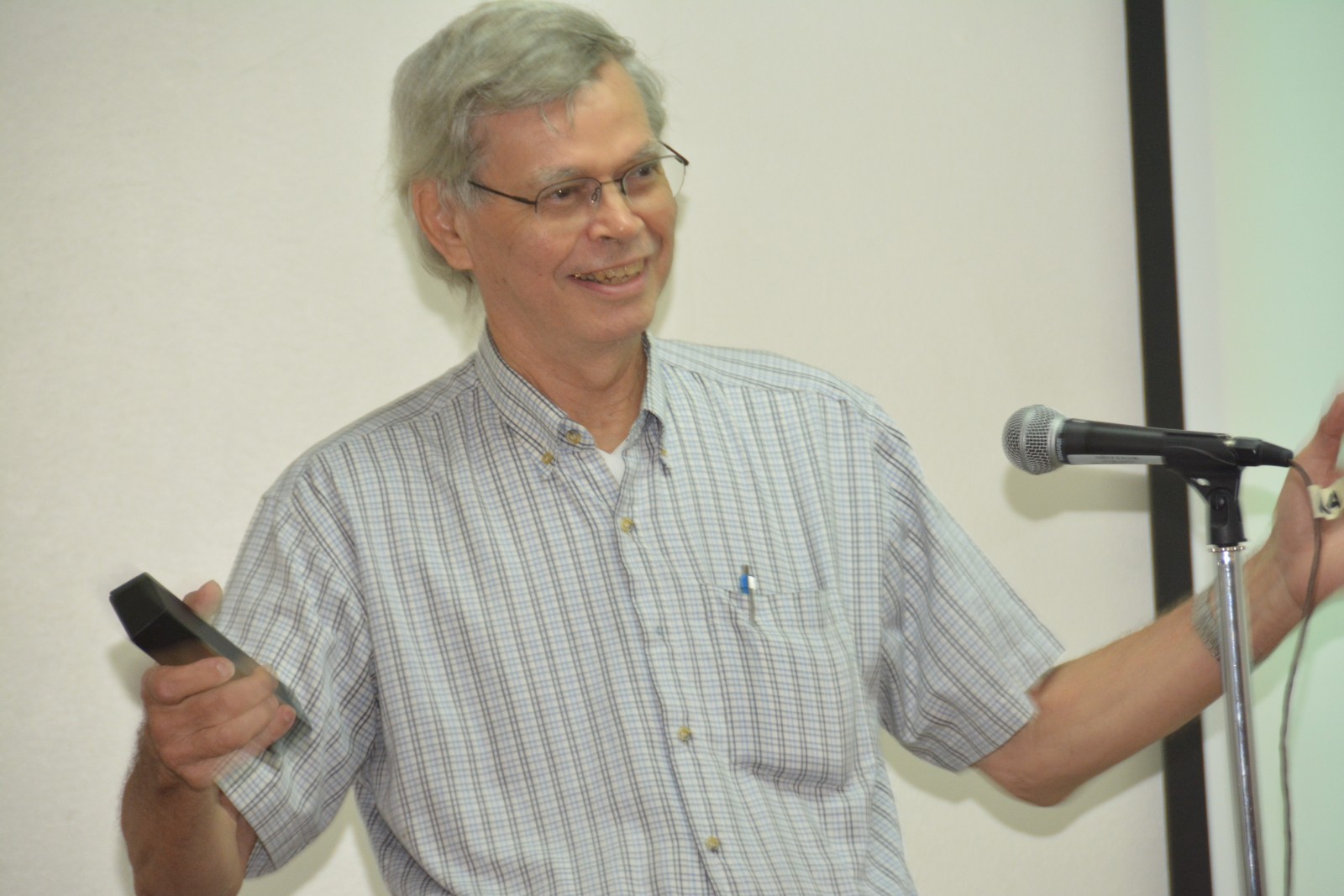 Pro-democracy movements in Vietnam have increased because of the rampant corruption in government, restraint against basic freedoms, abuse of human rights and the government’s perceived inaction on foreign relation issues.

“Since the mid-1990s, public criticism against the government of the Communist Party of Vietnam (CPV) spread to the point that by 2014, it became a prominent feature of the country’s political scene,” said Dr. Benedict J. Tria Kerkvliet in his lecture “Democratization Advocates in Vietnam, 1990s-2014.”

From the World Report 2015 of Human Rights Watch (HRW), “The human rights situation in Vietnam remained critical in 2014.… Denial of rights and endemic official corruption are widely seen as stifling Vietnam’s political and economic progress. The growth of critical discourse on blogs, Facebook and other forms of social media has challenged the government’s ability to dominate public opinion.” HRW is a nonprofit, nongovernmental human rights organization established in 1978 and is made up of roughly 400 staff members around the globe.

Kerkvliet enumerated the approaches proposed by the democratization advocates. “All these approaches have a common ground – they are for a non-violent transformation,” he said.

The first is the CPV-led approach where current leaders sacrifice themselves for the good of the country by leading the way to a democratic government. One known advocate is Tran Huynh Duy Thuc who was sentenced to 16 years in prison on Jan. 10, 2010.

Kerkvliet said the Vietnamese government already has several democratic features. Sovereignty resides with the people and their Constitution provides for human rights and elections. The problem is that these key elements of democracy are not properly practiced because the CPV has excessive power.

Next is the confrontation approach where the people must organize themselves to oppose the government and demand democracy. These organizations will also facilitate a more sustained democratization movement that can withstand the harassment and imprisonment of individual activists. 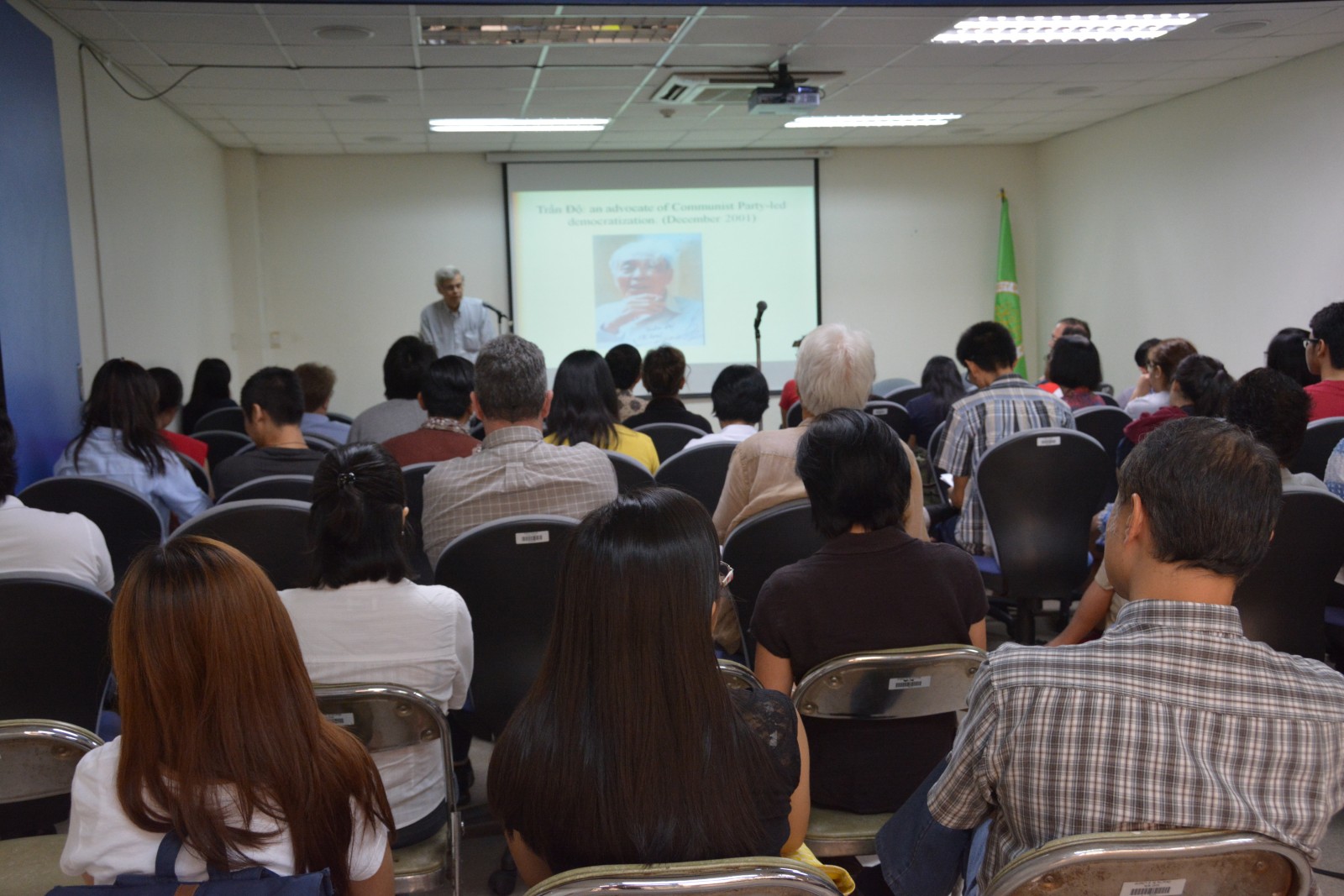 Kerkvliet and the lecture attendees

Since the CPV will never champion real democracy, advocates of the confrontation approach insist that a multiparty political system that protects free speech and other elements of democracy must come first; only afterwards can Vietnam develop. Some of its proponents are blogger Do Nam Hai and Atty. Nguyen Van Dai, a member of the group Lawyers for Lawyers and founder of the Committee for Human Rights in Vietnam.

Third is the engagement approach where the people dialogue with the government and make the government initiate steps towards democracy. Advocates of this approach argued that the most urgent task is neither to remove the CPV nor to create a multiparty political system, but to stop policies and actions that hurt people and the nation’s development.

Democratization, they contend, is about improving people’s lives.

Known engagement approach proponents are former government official Le Hong Ha and Atty. Cu Huy Ha Vu who filed a case against the Prime Minister in 2009 for allowing a Chinese company to do bauxite mining in Vietnam. He was sentenced in 2010 but was released in 2014 and deported to the US with his wife.

The last is the civil society approach where the needed change must not only come from the government but from the public as well. Citizens must know how to express their sentiments, listen to authorities, participate in dialogues, negotiate with government and compromise.

Both engagement and civil society approaches also see a role for the CPV in Vietnam’s democratization — not as its leader, but as one of many participants. However, the civil society approach does not prioritize engaging government authorities but encourages citizens to create civil society organizations. One known proponent is Nguyen Quang A, founder and president of Institute of Development Studies, an independent think tank in Vietnam, which was closed down in 2009 due to a new law restricting research on CPV.

The lecture was held on Oct. 7 at the Hall of Wisdom of the Asian Center (AC) and was organized by the Asian Center, the Third World Studies Center (TWSC) and the Department of Political Science (PoliSci), for faculty and students interested in the Vietnamese government and politics.