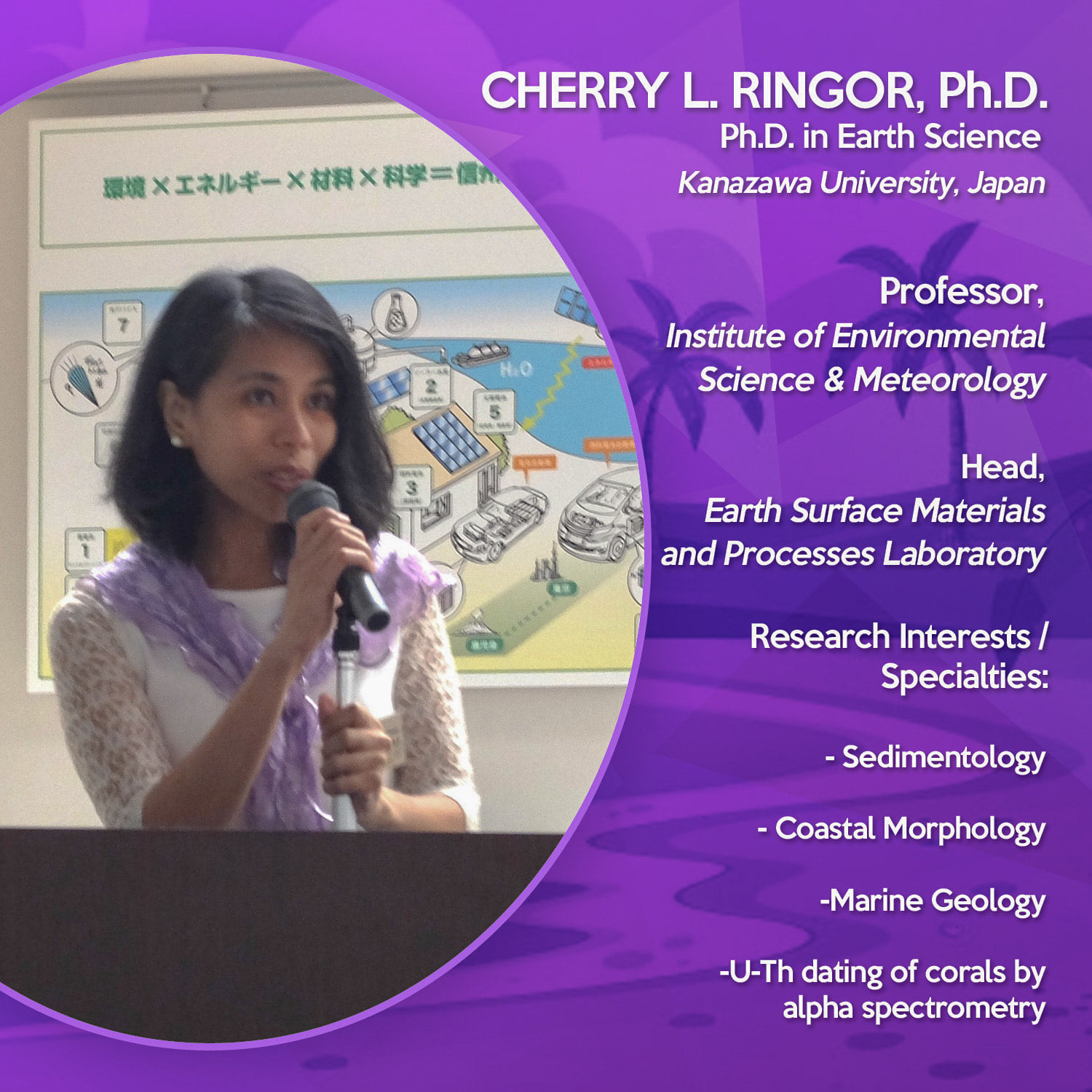 (April 15)―“As an environmental scientist, the environment plays an important role in the success of society,” Cherry L. Ringor, PhD, said.

Career aces. As environmental scientist, she had in mind the society’s welfare, particularly the Philippine society when she put together the Portable Potable Water Equipment for Disasters and Emergencies (PWEDE) project.

Ringor is the Deputy Director for Academic Affairs of the UP Institute of Environmental Science and Meteorology (IESM). She is also head of the UP IESM Earth Surface Materials and Processes Laboratory. And she is the latest woman scientist celebrated by the College of Science (CS).

PWEDE is a ceramics-based, solar-powered water filtration system designed to provide potable water in disaster-afflicted areas and in the event of emergencies, especially when relief operations are not yet possible. Each PWEDE set is modular and can be stacked to deliver higher volumes of filtered water from floodwater. It is designed to be lightweight and small for easy transport.

Completed in April 2019, the project was co-implemented with Prof. Chelo S. Pascua, PhD (formerly with UP-Baguio) and funded by the Department of Science and Technology – Technology Application and Promotion Institute – Technology Innovation for Commercialization. Ringor and Pascua are currently working on its Philippine patent application.

PWEDE is not only Ringor’s noted research. In 2007, the research she conducted together with Dr. Kun’ichi Miyazawa was recognized as an outstanding work at the 17th Symposium of the Materials Research Society of Japan. The recognition paved for Ringor and Miyazawa’s research to obtain a Japanese patent (Methods for the synthesis of C60 nanotubes at room temperature, Patent #5131726, registered on Nov. 16, 2012) and several applications.

Miyazawa was Ringor’s supervisor in Japan at the National Institute for Materials Science under the Nanoionics Material Group of the Fuel Cell Materials Center where she did her postdoctoral research from 2006 to 2008. 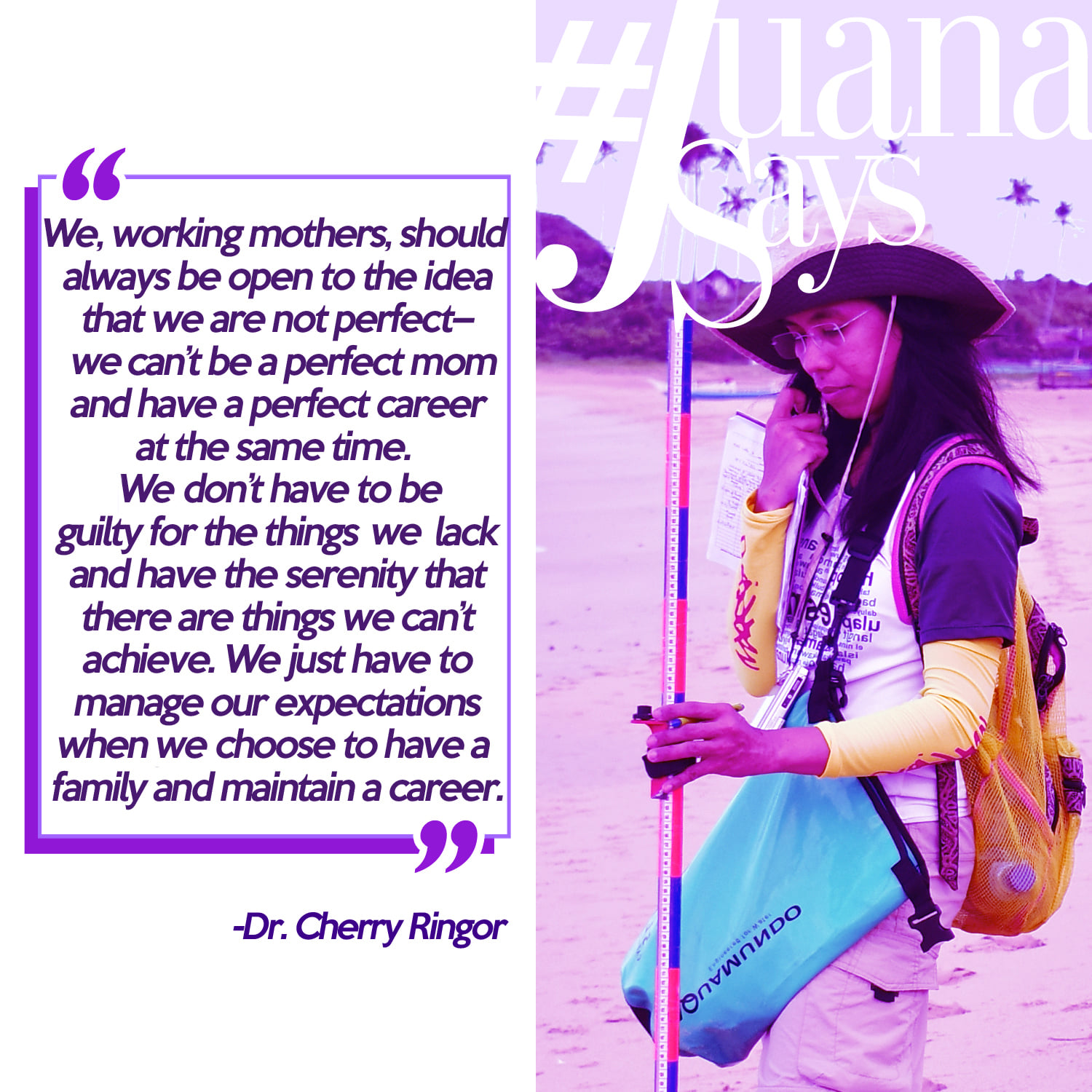 Their research established a method to improve the yield, and control the diameter and aspect ratio of C60 nanotubes.

The commercially available carbon fullerene C60 nanotubes were further improved and found to have superconducting properties. Superconductors could be a real solution to transmitting energy efficiently, since there is no energy loss.

“These fullerene C60 nanotubes exhibit novel mechanical, electrical and thermal properties. They are very flexible which can be used for various flexible components of nanometer – sized functional and structural devices. The electrical properties of these nanotubes are related to the diameter in that the conductivity increases with decreasing diameter. They are also heat resistant and retain their crystalline structure from room temperature to as high as 750°C. Also, they can be re-dissolved in proper solvents and are useful as adsorbents, catalysts and membranes,” explained Ringor.

She explained that carbon nanomaterials, are very small materials with sizes of one to 100 nanometer (1 nanometer is 1 x 10-9 m; for comparison, the size of SARS-CoV-2 is 50 to 140 nm). They are composed primarily of carbon.

Presently, Ringor continues to extend her expertise to her students standing as their thesis and dissertation adviser. She has mentored over 10 students from IESM and is currently advising two graduate students who are candidates for graduation for AY-2020-2021.

Managing expectations. Ringor is administrator, researcher and mentor at IESM, and wife and mom at home.

She believes that working mothers should stop pressuring themselves to become a perfect career woman and a perfect mother at the same time. What is important is they find fulfillment in doing both roles. 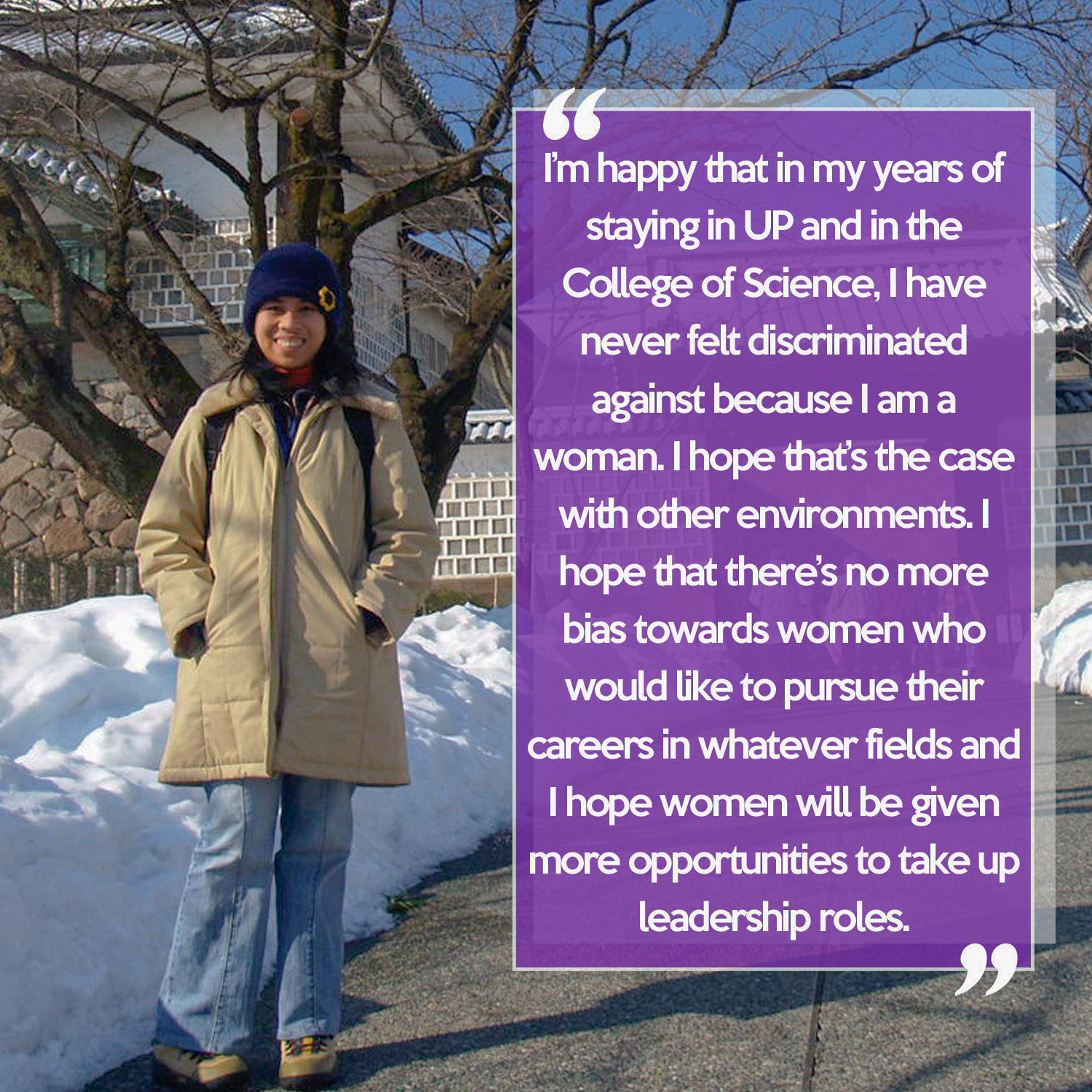 In sharing her journey as scientist and homemaker, Ringor recalled the struggles and difficulties she and her fellow geologist husband faced while studying in Japan.

Ringor would often deal with the stringent demands of her PhD program while fulfilling her responsibility as wife and first time mother.

She remembers how she and her husband used to put their son in a daycare center when they were busy doing research in the laboratory.

“Quite often, we would need to call the daycare to extend his stay because we can’t leave our experiments behind. There were also times when we were so tired and we almost went home forgetting to pick up our son,” she said.

It was through these sometimes serious, often comical incidents that she realized mothers will always have flaws. Ringor said working mothers should always be open to the idea that they are not perfect.

“You cannot be a perfect mom and have a perfect career at the same time. You don’t have to be guilty for the things you lack. Manage expectations when you choose to have a family and career,” she said.

She is thankful that she belongs to a supportive environment that builds women scientists. She is proud that the Philippines has little to no gender bias about women taking up space in science. She hopes that this would apply, not just in the academe, but in other institutions as well. 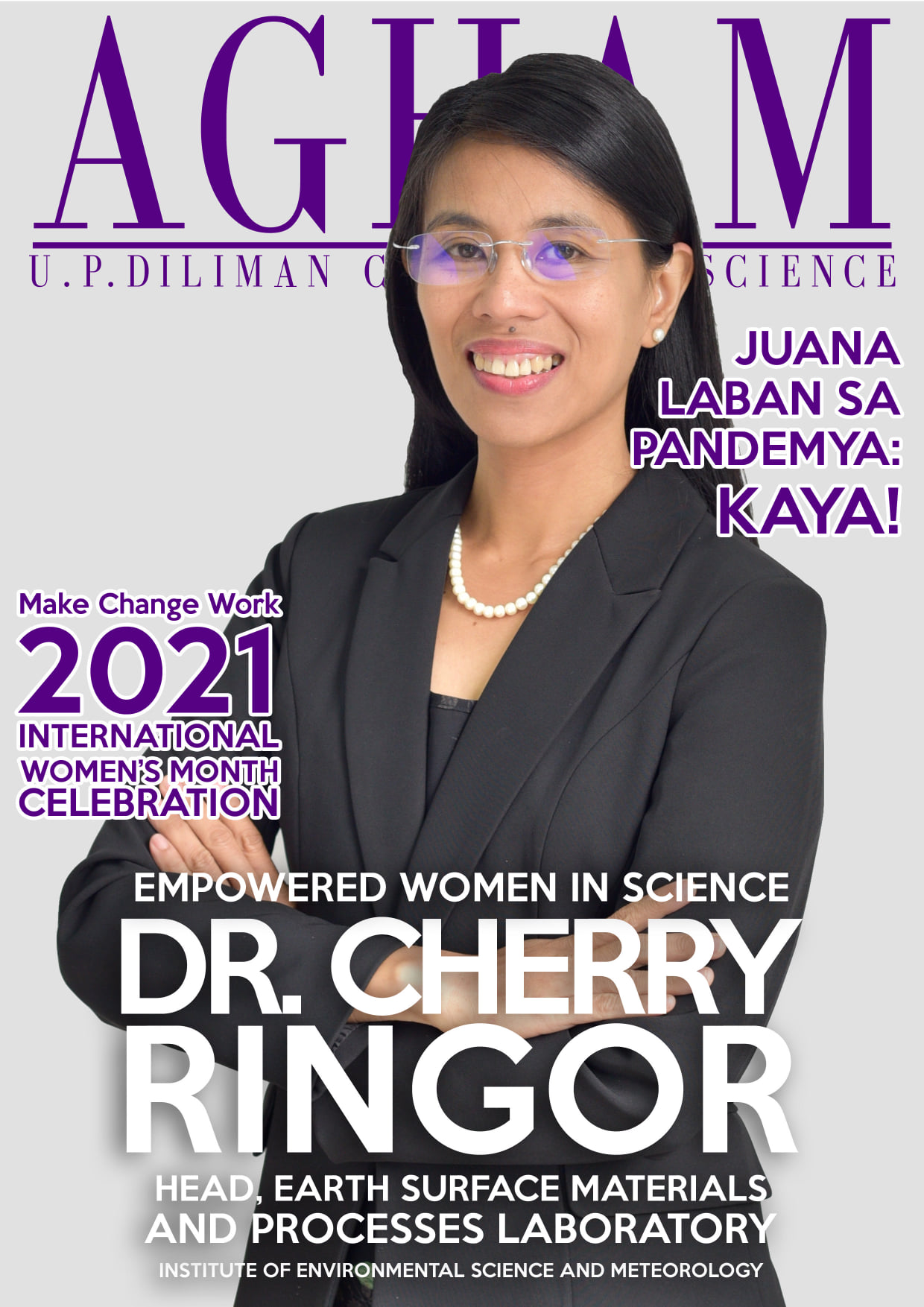 “I’m happy that in my many years of staying in UP particularly at the CS, I have never felt discriminated against simply because I am a woman. I hope that there’s not any bias towards women who would like to pursue their careers in whatever fields and I hope women will be given more opportunities to take up leadership roles,” Ringor said.

She then urged young women to take advantage of the opportunities before them, “Being able to pursue science freely is one of these opportunities.”

Ringor chose to major in BS Geology in 1991, at a time when it was still new in the country and when Geology was known as a male-dominated field.

She first worked as URA (University Research Associate) at the then Office of Research Coordination, now Office of the Vice Chancellor for Research and Development. She later transferred to the UP National Institute of Geological Sciences while pursuing her master’s degree in Geology, which she completed in 2000. She proceeded with her studies and earned her PhD in Earth Science from Kanazawa University, Ishikawa, Japan in 2004 on a Monbukagakusho Honors National Scholarship (MEXT), a Japanese government scholarship program.