Embracing aging: a study of Pinay migrants of NZ 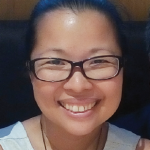 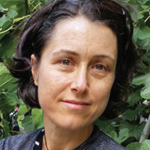 A study on the views on aging of Filipina migrants to New Zealand found that some older women have more relaxed beauty standards and still consider themselves successful in their lives.

The research “Erasing/Embracing the marks of aging: Alternative discourses around beauty among Filipina migrants” by Michelle G. Ong and Virginia Braun revealed that there are counter-discourses on aging that allow women space for nonconformity with what society dictates in maintaining a “particular ideal of beauty.”

Popular views hold aging as “a loss of beauty or attractiveness.”  Ong and Braun’s research noted that “beauty is an important vehicle for women’s power in an ageist and sexist society.”

Weight gain.  While there were research participants whose responses reinforced ageist views of the body “in its celebration of the youth,” there were those “whose success in migration is constructed to be evident on the body” even if their bodies have changed and are no longer youthful-looking or the typical youthful and slender.”

“Several participants stated that they gained some weight over the years of living in New Zealand, or the others (friends from the Philippines) had said so,” the authors said.

Participants belonging to this category remark about how food in New Zealand was “better,” “fresh,” “pure,” “more healthy” and more affordable and accessible to all.

According to the authors, the research has shown that “aging migrant Filipinas’ embodiment of success is circumscribed by gendered expectations and consumerist ideas around body presentation,” and the participants’ physical appearance is relevant to the conditions of their lives in New Zealand.

In the participants’ accounts, fatness, like youthfulness, is a natural result of living in New Zealand, “Thus, fatness is not (just) a product of individual lack of control or concern for the body, which is a more typically modern, western and gendered meaning.”

However, there were others who viewed their lives as one of hardship and loneliness and see themselves as older than their actual age.

Fixing your face.  “The expectation that success in migration may be demonstrated on the body regulated women’s desires and practices surrounding their bodies,” the study showed.

Other research participants said that it takes work and money to look youthful.  This belies the claims of a naturally improved or “well-maintained body.”  These participants said cosmetics and health supplements are the elements of the “work and effort women expend to fix their faces.”

Still, there were a number of participants who have accepted their “natural look” in old age: wrinkles, grey hair and changes in body shape and size.  The meanings attached to aging reflect Filipino constructions of the older person, “which highlights the body’s significance in bearing the marks of a lifetime’s worth of experiences, memories and lessons gained.”

Ong and Braun said this conception of the older person’s body, “particularly the aging woman’s body, is in opposition to that peddled and created by new anti-aging technologies such as Botox, which idealizes an unmarked, uncluttered face” and is consistent of a natural beauty “free from human intervention.”

Double standard in aging.  The study stated there exists a double standard in aging where women are more harshly judged than men based on their looks, and makes the bodily changes in aging a more negative experience for women.  According to the research, “As a result, older women report enduring pain, as they expend considerable time, money and energy in order to be beautiful.  Some scholars warn that the pressure to remain youthful and attractive may be contributing to the development of eating disorders and the increase in popularity of cosmetic surgery among older women.”

Arguments against conformity.  Still, there were others who justified their minimal interest in elaborate beauty routines “by invoking personal (dis)comfort, pleasure and sustainability.”

The authors note these participants use their bodies’ individuality, preferences and particularities to resist the “one-size-fits-all” treatments. “By dismissing some beauty practices as not part of one’s habit, routine, or even personality, these participants suggest that such practices are incompatible with their life and sense of self.”

For them, the availability of alternative views on aging women’s bodies as against one which values youth and beauty above all, offers “an important position from which women can resist the pressure to maintain their youth and beauty.”

“Alternative meanings regarding the body … allow some women to reject pressures to submit to a particular ideal of beauty… These alternative meanings offer diverse avenues for arguing against investing heavily in beauty work, allowing individual women to reject conventional views regarding beauty and the responsibility for the maintenance of beauty.  And while they are not able to directly confront the question of why women’s looks take such prime importance, they are potentially the beginnings of a counter-culture where women, and perhaps also men, can be ‘comfortable with and in our changing faces and bodies,’’’ Ong and Braun wrote.

The study aims to contribute to the “growing interest between aging and migration,” and to “add to existing set of views on beauty that are significant to aging Filipinas.”

Ong and Braun used data from research on older Filipina migrants in New Zealand and the “utility of a poststructuralist approach to language in a study on aging that is built on feminist psychology and Sikolohiyang Pilipino (SP) as its methodological framework,” and “pakikipagkwentuhan” as the method of data-gathering.  A total of 53 sessions were conducted.

The authors said the use of SP and feminist psychology is necessary “in order to address gender and cultural issues that underlie the topic.  “It addresses a weakness in SP – a typical lack of critiquing patriarchy in Philippine society.  It also responds to the critiques leveled against mainstream feminism (at least in the western, industrialized countries), which claim that it has not adequately addressed matters of ethnicity, culture and colonialism.”

Feminist psychology is employed because it has “productively used poststructuralist-informed approaches to examine and unpack women’s lives.  A poststructuralist orientation, with its strength in providing a critique of existing social structures and inequalities and investigating how power relations are negotiated and perpetuated at the level of the individual, has long been known to feminists.”

Meanwhile, pakiki-pagkwentuhan is an indigenous Filipino method for data-gathering through verbal interaction with participants and is akin to a face-to-face semi-structured interview and other narrative methods “that are well-utilized in qualitative studies on subjective accounts and meaning rather than verifiable facts.  It involves individuals in conversation with each other, with participants free and able to tell the stories they want.”  This method was developed by Filipino psychologists to provide a method that is participatory, sensitive to Filipino culture, and conscious of reducing the power difference between researcher and participant.”

“Social Science Diliman” editor and History professor Dr. Ma. Mercedes G. Planta said the authors were able to show in their research that these women, while subscribing to the social pressures in the pursuit of beauty, “have done so on their own terms.  As such, they are portrayed to be self-sufficient, to have strong ideas of what their lives should be, and to be true to the values they hold dear, regardless if these do not necessarily conform to the expectations and dictates of their society.”

Photo courtesy of Ong and from https://www.bps.org.uk/