Six out of 10 sick Filipinos die without seeing a doctor, revealed a 1990 study by the UPecon Foundation, Inc. (UFI) of the UP School of Economics (SE).

Twenty years later, the same statistics held true, according to the UP National Health Institute.

It is estimated that 50 percent of medicine costs, hospital bills, laboratory and doctor’s fees are paid by the household.

“This is the reason why we shouldn’t be surprised that majority of Filipinos die without getting healthcare. Many Filipinos cannot afford to get sick,” SE professor Dr. Stella Luz A. Quimbo said.

A member of the 1990 survey team, Quimbo was fascinated with health economics, which eventually became one of her fields of interest. 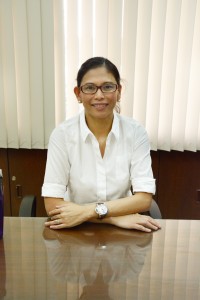 Health economics started in the United States as early as the 1960s. “However, this discipline only started in the Philippines in the 1980s,” Quimbo said.

“Getting sick is probabilistic and on the average, a person will need to be hospitalized only six percent of the time,” Quimbo added. However, many indigent families cannot save money in case a family member gets sick because the priority is to buy food and other daily needs.

In 1986, Dr. Alejandro Herrin of SE initiated the formation of the Health Economics Program (HEP) in SE to obtain grants for health economics research and support for graduate students interested in health issues. Since then, HEP members became active participants in local and international academic and policy oriented research projects, in their individual capacities as well as through the UFI and Health Policy Development Program (HPDP) which is implemented by UFI.

Like all commodities, healthcare goods and services have a price and quantity which are determined by the sellers (hospitals, clinics, health professionals) based on the needs and capacity of its target markets (patients according to income brackets). The costs can also be dictated by the target markets because they have the option to choose where to get their healthcare needs.

There are two classifications of healthcare good and services – curative and preventive. “When you get sick, you go to a hospital or a clinic to be cured. You will be given laboratory tests or medicines to heal you. There are also instances you want to prevent future illnesses which made you decide to consult a doctor for check-up or avail of vaccines for your family,” Quimbo explained.

Importance to policy-making. One important policy debate in the 1990s was: who should provide health insurance for Filipinos, should it be the government or the private sector?

HPDP, whose mandate is to support the policy-makers through its research outputs, was pivotal in the passing of a national health insurance program. HPDP is under the UFI.

“Many of the outputs of HPDP were utilized in drafting the National Health Insurance Act of 1995,” Quimbo said. This act, also known as RA 7875, instituted a national health insurance program for all Filipinos and established the Philippine Health Insurance Corporation or PhilHealth.

To help the government deliver healthcare to as many Filipinos as possible, HPDP gave informal settlers free PhilHealth membership vouchers as part of an experiment. About 40 percent of the recipients eventually enrolled in the PhilHealth program.  To serve more Filipinos, PhilHealth has broadened its membership classification to either paying, indigent, privately-sponsored or pensioner/retiree members.

Contributions to society. Another main output of the HPDP in relation to PhilHealth is a performance rating system called ‘benefit-delivery ratio’ (BDR). “We proposed the BDR to then Secretary Jaime Galvez Tan of the Department of Health and he adopted the system,” Quimbo said. The system was later adopted by the World Bank and other agencies.

At present, the laboratory is doing a study for persons with diabetes and hypertension which will tackle issues on proper screening and free drugs.

Future of Health Economics. Quimbo said  this program converges UP’s main mandates. “As a national university, we teach health economics subjects. As a research university, we conduct studies and experiments. As a public service university, we assist in drafting health-related bills and laws which will benefit the general public,” Quimbo said.

With all the health concerns that needed to be addressed and fixed, Quimbo is positive of health economics’ future.