Dulaang UP has a new artistic director 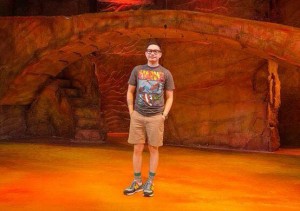 He has also directed a number of events inside and outside the university including the UAAP Season 71 Opening Ceremony, Brilliant! (The Grand Launch of the Theater at Solaire), Floy Quintos’ Legacy: The Sun Life Story for the 120th Anniversary of Sunlife Financial Philippine (2015), First Pacific Leadership Academy’s Spoliarium (2015), and UAAP Season 78 Opening Ceremony among many others.

Santos presented a 12-point plan of action that promises growth in the company’s season of plays, sustainable business plan, student development and the celebration of DUP’s 40th anniversary.

In time for DUP’s 40th anniversary, Santos envisions DUP to be in the forefront of artistic direction in Philippine Theatre. In a time when Philippine Theatre is growing as a commercial effort, DUP will continue to set the standards for education, training, artistic innovation and unfretted vision.