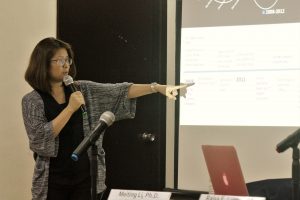 (OCT. 11) – The shifts in Chinese foreign policy (FP) has significantly altered the dynamics of the North East Asia (NEA), according to the public lecture titled “Change and Continuity in China’s Foreign Policy” organized by Strategic Programs of the UP Center for Integrative and Development Studies (CIDS) and UP Diliman Department of Political Science on October 10.

Prof. Meiting Li, PhD discussed change and continuity from Hu Jintao to Xi Jinping’s administration. She said Xi’s leadership and working style changed China’s perspective on governance. Compared to the other Chinese leaders, Xi is the most active in terms of expanding global relations, “having made 25 state visits in five years.” 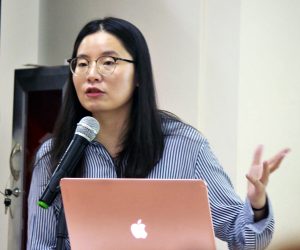 Moreover, Li briefly talked about Chinese FP from Deng Xiaoping until Hu Jintao and explained how the country’s development was sustained during Xi’s term because he took a proactive approach and prepared for future possible problems such as the “development gap and issues between China and Taiwan and China and Hong Kong.” Li also mentioned that Chinese citizens became progress-oriented under Xi’s leadership.

For her part, Prof. Raisa Lumampao discussed the impact of changes in China’s FP in Korean Peninsula, tackling issues such as denuclearization of the Peninsula, prospects of reunification and other strategic interest. Lumampao presented how the “policy shift” from Hu to Xi affected China’s relationship with its neighboring countries, specifically North and South Korea. It maintained a strategic profile in the NEA by building alliance but increased its role in the international level by showing its economic potential.  In addition, China focused on the “economy first” mentality and put “emphasis on maintenance of peace and stability in the Korean Peninsula”.

The public lecture was held at the CIDS Conference Hall, Ang Bahay ng Alumni and attended by faculties and students from various universities to promote interest and discourse.