The award is given yearly by the National Book Development Board (NBDB) and Manila Critics Circle (MCC) to the best books written, designed and published in the country. According to NBDB, the winners, except for Publisher of the Year, received a cash prize of P15,000.

“Philippine Modernities: Music, Performing Arts, and Language, 1880 to 1941” edited by Buenconsejo and published by the UP Press won the Best Book in Social Sciences category focusing on a particular cultural history of modernity in the Philippines from the 1880s to 1941. The book consists of essays by 18 contributing authors exploring salient topics such as capitalist practices of market exchange; the articulation of a new sense of belonging to a new social order using arts and language; and the struggle of arts as social signs in politics of identity, among others. The book has 523 pages and 18 chapters and is available at the UP Press Bookstore at P1,200. 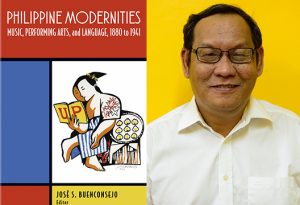 Buenconsejo is a former UP College of Music (CMu) dean and associate professor at the Department of Musicology. He studied Musicology in UP, University of Hawaii and the University of Pennsylvania where he earned his PhD in 1999. He currently serves as liaison officer for the Philippines in the International Council for Traditional Music (ICTM). He also served as the music area editor of the “Cultural Center of the Philippines Encyclopaedia of Art, 2nd edition.”

The “Pag-ahon: Mga Kuwentong Buhay ng mga Nanay,” edited by by Sicat-Cleto and published by 8Letters Bookstore and Publishing, won the non-fiction prose in Filipino category. 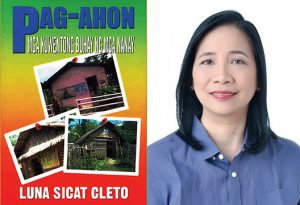 Sicat-Cleto is an associate professor at the College of Arts and Letters (CAL) Departamento ng Filipino at Panitikan ng Pilipinas and teaches Malikhaing Pagsulat. She is a writer in Filipino and authored two novels, “Makinilyang Altar” (UP Press, 2003) and “Mga Prodigal” (Anvil Publishing, Inc., 2010); and the collection of poems “Bago Mo Ako Ipalaot” (High Chair, 2018). “Makinilyang Altar” has won the Madrigal-Gonzalez First Book Award in 2005.

“The Thing with Feathers: My Book of Memories” published by the University of Santo Tomas Publishing House was awarded as the Best Book of Essays in English. It is a collection of Pantoja-Hidalgo’s memories about the writing life. The book has 332 pages and is available at the UST Publishing House Bookstore. To order, email publishing.bookstore@ust.edu.ph or call 406-1611 local 8424 and look for Paul, Val, or Carlo. 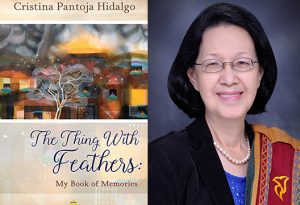 Pantoja-Hidalgo is a professor emeritus at the CAL Department of English and Comparative Literature. She formerly served as the UP System Vice President for Public Affairs. She earned her PhD in Comparative Literature at UPD in 1993. She received several prestigious awards such as the Gawad Balagtas, Graphic, Free Press, Focus, Manila Critics’ Circle, British Council Grant to Cambridge, and the U.P. President’s Award for Outstanding Publication. Her novel “Recuerdo” won the grand prize for the Novel in English category in the 1996 Carlos Palanca Memorial Award for Literature.

Planta’s “Traditional Medicine in the Colonial Philippines, 16th to the 19th Century” published by the UP Press won as the Best Book in Science. The book presents various data collected and studied by Spanish missionaries on Philippines medicinal plants and herbs that “Filipino traditional medical practitioners or herbolarios had been prescribing since the precolonial period.” It has 280 pages and is available at the UP Press Bookstore at P400. 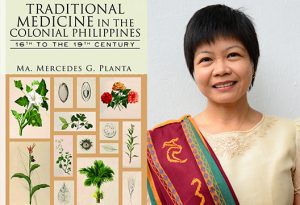 Planta is an associate professor at the College of Social Sciences and Philosophy Department of History. She has a PhD in History at the National University of Singapore (2009). Her areas of specialization are history of science, technology and medicine, and colonial period (Philippines and Southeast Asia). She currently serves as the editor-in-chief of Social Science Diliman, an internationally-refereed semi-annual journal for the social sciences published by the Office of the Vice Chancellor for Research and Development.