Bike sharing service at UP Diliman 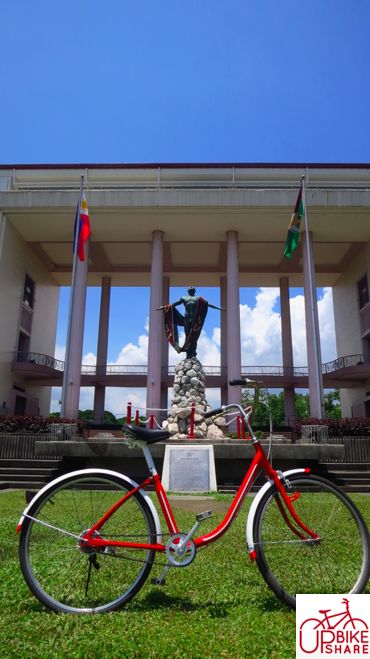 (AUG. 18)—Getting around the 493-hectare UP Diliman (UPD) campus is a daily challenge for many students, who often travel from one building to another as they go through their classes. One student group is attempting to make things better by creating a free bike-sharing system on campus.

UP Bike Share, a non-profit advocacy group of undergraduate students, is now providing free use of 30 red-and-white painted bikes for some 50 dormitory students in UPD as part of a plan to provide better transportation for the UPD community.

Bike Sharing. According to the Melbourne Bike Sharing website, bike sharing is when “a number of bikes are made available for shared use amongst individuals who do not own any of the bikes. It is designed for short trips between conveniently located stations.”

A movement that began in the 1960s, bike sharing has found success in much of Europe and many places in the USA where it had “profound effect on creating a larger cycling population, increasing transit use, decreasing greenhouses gases and improving public health,” according to bike-sharing consultancy firmMetroBike, LLC.

Students who sign up with UP Bike Share can use any of its bike units for the whole semester, parked in designated bike racks or stations on campus to travel to their next destination quickly and efficiently. Because of the limited number of bikes, the group will be opening additional bike share slots in the coming months.

“Biking is more convenient and from our research, we found that biking is actually the fastest way to get around UP: it’s much faster than taking the jeep and walking or than taking a private vehicle,” said UP Bike Share President Miguel Laperal.

He adds that bike sharing differs from bike rentals in that a set of members share a pool of bikes instead of one person having exclusive access to one bike for the whole semester.

“So if for example I go to AS with a bike, paglabas ko I may be using a different bike or I might be using the same bike. It’s open. It’s more efficient,” he said.

UP Bike Share consists of 24 mostly undergraduate students from the colleges of Engineering, Architecture and Fine Arts.

The group pooled their resources and purchased 10 surplus Japanese bikes and solicited 20 more from generous corporate sponsors to begin their project. 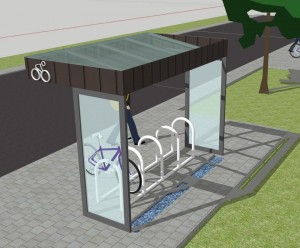 Bike stations were set up in Yakal, Molave and Kalayaan Residence Halls as well as in Palma Hall and the Institute of Mathematics building.

Aside from use of the units, the students were also given a short seminar on bike safety as well as a handy manual where they can log where and when they deposited the bikes. Bike chains and combination locks are used to secure the units.

“We teach them proper hand signals, safety regulation and procedures like say, if this happens to your bike, what do you do? The UP Health Service and UPD Police numbers are also there,” Laperal said.

According to their initial survey, about 30 percent of buildings in UPD have bike racks, only a few of which are properly and prominently placed.

“Not all bike racks are in the line of sight of security guards. Most bike racks also aren’t covered,” Laperal said.

Theft is also major concern, as there is no culture of bike sharing in UPD and it is always possible, but Laperal is optimistic.

“A lot of the security lies in the community itself. What we’re focusing on is community building. We can’t prevent theft but we can at least build a safe environment for bike sharing to flourish,” he said.

The future. Laperal said the group hopes to continue and expand UP Bike Share into a full-blown system with bike sheds at every building, at par with advanced ones in other countries.

“What we are imagining is a system where a student can input his student number or scan the barcode of his UP ID and a set PIN number onto the bikes. We’ll have consoles [behind the bike seat] where [member] students can input their PIN then they can bike wherever in the campus they want. And in that building they can just lock up the bikes using the built-in locks and whoever comes along can use it again,” he said.

The group currently has four teams working on creating the console using technology developed by students inside the College of Engineering. They hope to have a prototype by January 2016 and have a beta test launch by the start of AY 2016-2017.

The console will also have safety feature where individual bike movement can be wirelessly tracked as an additional safety feature.

“We can wirelessly track the bikes, know who’s riding them, know the direction they’re heading, where they are in the campus and detect anomalous behavior,” said UP Bike Share member Cyrill Chan.

The group is also in talks with the Office of the Campus Architect about building additional bike racks on campus.

UP Bike Share is part of Upstart, an organization based in the National Engineering Center composed of UP students interested in technology and entrepreneurship.

Beyond the efficiency and transport benefits, Laperal hopes UP Bike Share will encourage students to get out of their comfort zones and appreciate the beauty of the campus.

“When you’re on a bike you see the city differently. You see your surroundings differently. You’re no longer in this tin can where you’re breathing air conditioned air and you’re seeing the city through windows. And we believe that this will make people care more, because you care more about the air that you breathe, the scenery that you see,” he said.