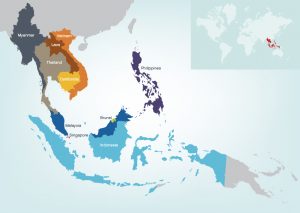 To succeed, there should be better integration among member states of the Association of Southeast Asian Nations (ASEAN) Economic Community (AEC).

This was the general consensus among four political economists at the public forum “National Interest and the ASEAN Economic Community: Convergence or Competition?” held Aug. 17 at the GT-Toyota Asian Center Auditorium.

The AEC was formally launched by the ASEAN member states (AMS) in December 2015 with four key objectives: transform ASEAN into a (1) a single market and production base, (2) a highly competitive economic region, (3) a region of equitable economic development, and (4) a region fully integrated into the global economy.

The resource persons discussed three main points: each country’s stake for participation in the AEC; preparations for AEC integration; and, the countries’ stance in the regional trade treaties in relation to the changing global economic architecture. 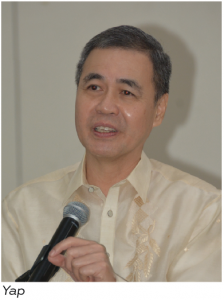 Philippines’ (in)actions. Using PovcalNet, an online poverty analysis tool by World Bank, Yap showed how AMS’ economies improved. “From the 1990 ASEAN poverty rate of 45 percent, it was lowered to 14 percent by 2010. Poverty gap also decreased in the same period, from 14 to three percent.”

The Philippines abided with the Common Effective Preferential Tariff (CEPT) rates, which are very low to zero percent. “Executive Order 850 was passed in December 2009 which brought down tariffs on imports from AMS to zero percent in 2010,” Yap said. Exempted from the EO are imported rice and sugar which are important products of the Philippines. The CEPT is a tariff agreed upon by ASEAN to be applied to goods originating from the AMS.

The ASEAN Single Window (ASW) is a regional initiative in 2005 that connects and integrates the National Single Window (NSW) of AMS. The ASW seeks to expedite cargo clearance and promote ASEAN economic integration by enabling the electronic exchange of border documents among AMS.

Preparation for the Philippines NSW and its linkage to ASW began in October 2009 and continued until early 2010 when the NSW “reached the stage where 40 regulatory agencies could participate in the system,” Yap said. However, the NSW implementation was stalled in late 2010 when technical experts said the software became outdated, thus, a need to start again. 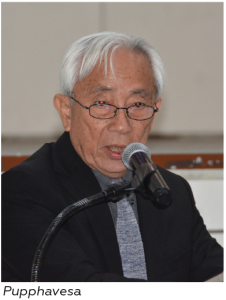 At present, Indonesia, Malaysia, Singapore, and Thailand are using the ASW to exchange electronic certificates of origin.

Yap is a professorial lecturer at the UP School of Economics and former president of the Philippine Institute for Development Studies.

Thailand’s difficulties. Pupphavesa believes AEC will be helpful for Thailand. “The AEC is important because the ASEAN Free Trade Area (AFTA) was not enough in terms of economic development,” he said. AFTA mainly covered trade in goods and only instituted tariff reduction.

ASEAN also needs to pursue deeper and more comprehensive integration “to increase efficiency, productivity and competitiveness in the world market and to gain bargaining power in international forum…Some of Thailand’s economic policies are inconsistent with AEC commitments like the domestic price intervention on rice and maize and non-tariff barriers on maize,” he said.

Other economic policy concerns are “inadequate financial and technical assistance to farmers and small to medium enterprises (SMEs); inappropriate investment promotion and incentive instruments; unnecessary and overlapping documents and permits requirements; and, inadequate infrastructure like transportation and power, among others.” 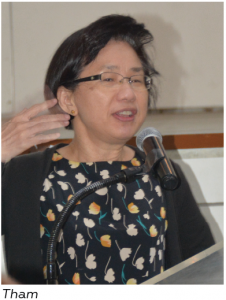 These concerns can be addressed with “ASEAN which is now connecting with the international market,” he added.

As globalization is inevitable, he suggested that “Thailand and the rest of AMS should also join the Trans-Pacific Partnership (TPP), reinforce ASEAN Centrality and build a bigger TPP plus Regional Comprehensive Economic Partnership block.”

Pupphavesa is a senior adviser for International Economic Relations of the Thailand Development Research Institute.

Malaysia’s competitiveness. Tham said AEC is important to Malaysia because it brings  foreign direct investments to the country and serves as a tool for capital export.

In addition to a competitive income tax of zero to 28 percent and a corporate tax of 19 to 24 percent (19% for SMEs), Malaysia also has a high score in infrastructure competitiveness in ASEAN, second to Singapore, according to the World Economic Forum.

“While Malaysia continues to accord high priority to the rule-based multilateral trading system under the World Trade Organization, Malaysia is also pursuing regional and bilateral trading arrangements to complement the multilateral approach to trade liberalization, both for goods and services.” 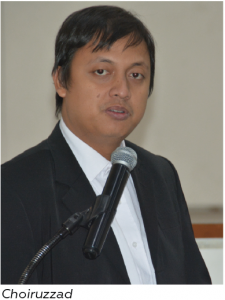 Malaysia already fulfilled several of its commitments to AEC. “Our NSW is already linked to the ASW while our National Trade Repository is already in the ASEAN Trade Repository, which provides information on trade and investment,” Tham said.

The country’s Ministry of International Trade and Industry (MITI) already conducted several information dissemination events like “an outreach program to Malaysia’s business community in 2014 to brief them on the role of ASEAN, as well as an ASEAN SME Showcase and Conference in 2015.”

She concluded that “as a small, open economy, Malaysia is engaged in multilateral, regional and bilateral initiatives for liberalization. It has always supported ASEAN integration for peace and regional stability and for market access.”

Tham is a senior fellow at the Institute of Southeast Asian Studies – Yusof  Ishak Institute in Singapore.

Indonesia’s challenges. “The AEC is good to Indonesia’s economy as long as it is consistent with national priorities,” Choiruzzad said. Quoting Ralf Emmers’ 2014 article in The Pacific Review journal, he said Indonesia’s “leadership has so far been limited to the political and security spheres, leaving other sectors, like economy, to others.”

The local professional and businessmen’s associations also view the AEC “as a national threat to their dominance in the local market,” he said.

An additional concern is Indonesia’s low ranking (90) in the Global Talent Competitiveness Index 2017 for Asia Pacific, compared to other ASEAN countries like Singapore (2), Malaysia (28) and Philippines (52). Indonesia’s Logistics Performance Index, based on World Bank (2007-2016), “is not so heartwarming and lagged behind Singapore, Malaysia, Thailand and Vietnam.”

In the strategy conceptualized by the Indonesia’s Ministry of Trade, competitiveness can be enhanced with the help of the Central and local governments, private sector and the academe. Infrastructure is also crucial and is the priority of President Joko Widodo (Jokowi) as elaborated in the Medium Term National Development Plan.

Domestic concerns should be prioritized so that integration in the global arena will be effective and efficient. “An example is Indonesia’s action regarding TPP. Former president Susilo Bambang Yudhoyono decided that Indonesia will not participate but Jokowi said this case should be studied first in relation to the textile industry lobby,” Choiruzzad explained.

The 2-level game should also be remembered because “actions in the global arena are influenced by competition of actors at domestic level.” Strategic proximity with all major powers is also an important factor to consider.

Choiruzzad is a research fellow at the ASEAN Study Center of the Faculty of Social and Political Sciences, University of Indonesia.

ASEAN founding. ASEAN was established on Aug. 8, 1967 in Bangkok, Thailand, with the signing of the ASEAN Declaration (Bangkok Declaration) by the Founding Fathers of ASEAN, namely Indonesia, Malaysia, Philippines, Singapore and Thailand. Brunei Darussalam joined on Jan. 7, 1984, Vietnam on July 28, 1995, Lao People’s Democratic Republic (Lao PDR) and Myanmar (formerly Burma) on Jul. 23, 1997 and Cambodia on Apr. 30, 1999, making up what is today the 10 Member States of ASEAN.

The public forum was organized by the Asian Center Bugkos Research Program with the support of the UP Political Science Department, UP Third World Studies Center and the Asia-Pacific Pathways for Progress Foundation.