Back in the Final 4! 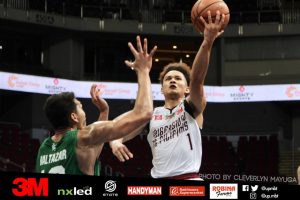 After 21 years of futility and disappointment, the UP Fighting Maroons are back in the Final 4 of the 81st Season of the University Athletic Association of the Philippines Basketball Tournament.

The Maroons clinched the number 3 spot by beating the De La Salle University (DLSU) Green Archers, 97-81, Wednesday  at the Mall of Asia Arena in Pasay City.

There were only four deadlocks throughout  the game, the last one, 16-16, happened at the 1:51 mark of the opening salvo. After that, UP never looked back, building the lead to as much as 26 points. 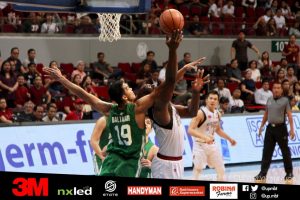 UP simply stamped its class on DLSU all game long, dominating all the major statistics categories. The Fighting Maroons waxed hot from rainbow territory, shooting a scintillating 44.44 percent, converting on twice as much attempts made by the Green Archers.

Justin Baltazar topscored for the DLSU with 22 markers, while pocket rocket Aljun Melecio and senior Andrei Caracut contributed 19 and 12, respectively.