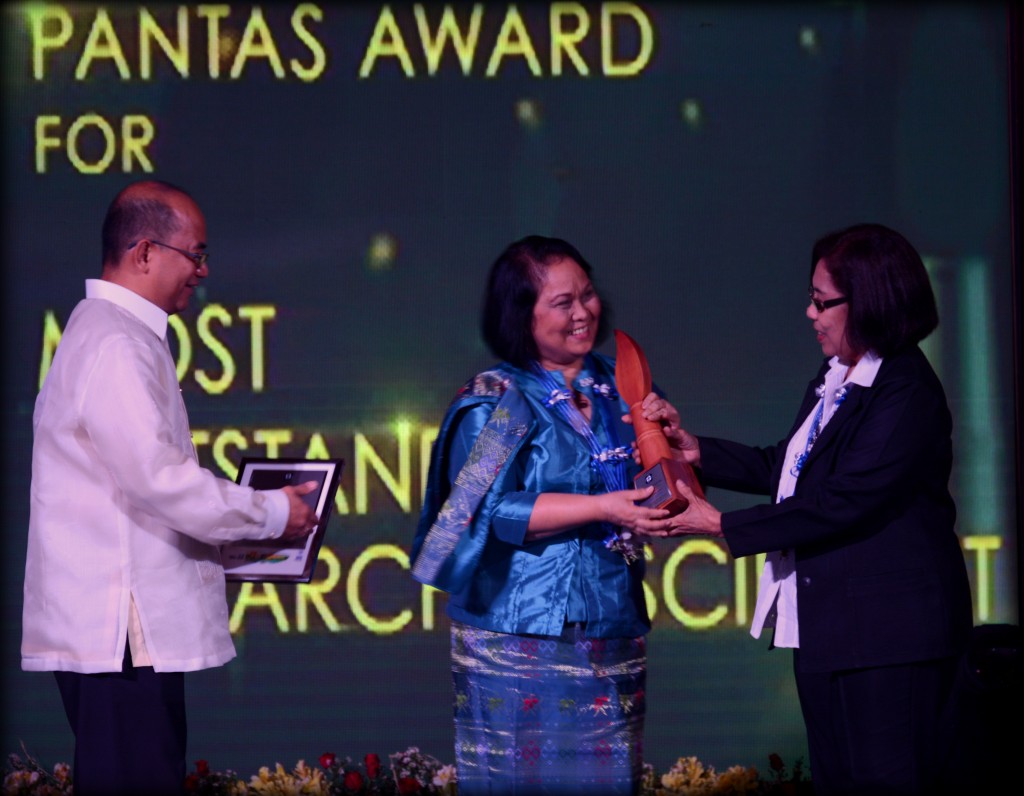 The Pantas Award is given to outstanding scientists/researchers and research administrators who have made exemplary contributions for the advancement of agriculture, aquatic and natural resources in the Philippines.

She received a trophy, cash and a P2 million-research grant at the 4th anniversary celebration of PCAARRD on Jun 22 at the Philippine International Convention Center.

At the MSI, she led in conceptualizing and implementing multidisciplinary, interdisciplinary programs that aim to understand red tide/harmful algal blooms outbreaks and to identify factors that affect the occurrence of algal blooms, and design proactive strategies to mitigate their harmful effects. In the last five years alone, she has published 19 scientific papers in ISI covered journals and other international publications.

For her significant contributions in the study of the red tide phenomenon in the country, Azanza was elected Academician in the Biological Sciences Division of the Philippine National Academy of Science and Technology in July 2009.

Azanza has served the University in various academic and administrative positions. She has the distinction of being the first woman dean of the UP Diliman College of Science (1999 to 2006). She is currently the Assistant Vice President for Academic Affairs and director of the Office of the International Linkages of the UP System.–Image by Nero Austero