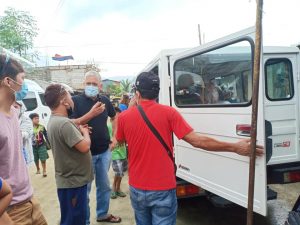 (MAR. 12)—The All UP Workers Union Diliman Chapter (AUPWUD) is set to elect its next set of leaders during its assembly on Apr. 23, Friday simultaneously in person and via Zoom.

Aside from the election, Cabrera will deliver a report on AUPWUD activities and achievements; a presentation of the AUPWU’s General Program of Action/Resolution; a presentation of what the said program will mean for the AUPWUD in the next three years; and tackling other local, sectoral and national issues that may affect the organization.

The final venue has yet to be determined, but the zoom details will be sent to members who confirmed their attendance seven days before the actual assembly.

AUPWUD members who have yet to confirm their attendance may send their filled-in reply slips to the AUPWUD offices at Fonacier Hall, UP Alumni Center or through email buboycab@yahoo.com no later than Mar. 15.