An avenue for papers in RP languages 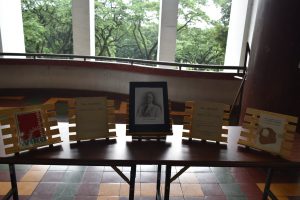 Published by the Department of Linguistics of the College of Social Sciences and Philosophy (CSSP-DL) the journal was launched on Aug. 25 at the Palma Hall.

Prof. Farah C. Cunanan, chair of CSSP-DL, said most often, linguists and researchers of Philippine languages and dialects find it hard to publish in social sciences or humanities journals, because the editorial boards consider their researches as “off from the listed topics” the journals require.  The editorial board also finds it difficult to look for the right reviewers for the research works.

Cunanan said a dedicated journal like “The Archive” will be good for the researchers of the country’s languages and dialects although the review process would be harder, because the journal’s reviewers are experts in the field. 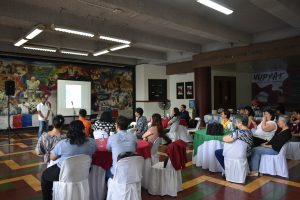 Two special issues of “The Archive” will be published this year and regular issues will be released biannually starting next year.  The journal will feature full-length articles, squibs (non-conclusive, empirical data-centered brief articles), linguistic data sets from the field, field notes and linguistic ethnographies, interviews of key personalities of Philippine linguistics, review articles and commentaries.  Research works submitted will be subjected to a double blind peer-review. The first special issue is expected to be released this December.

“The Archive” has been the official publication of the CSSP-DL “but it was originally conceptualized as a sort of research platform by the former Diliman Linguistics Circle that later the Philippine Linguistics Circle,” said Prof. Aldrin P. Lee.

The earliest copy of the “The Archive” at the University Library is the 1970 Vol. 1. No. 1 issue that was dedicated to the memory of Otto Scheerer.  In its foreword, the 1970 issue accorded Scheerer as its founder and first editor.

Scheerer is a German who lived in the Philippines and was appointed as Provincial Secretary of Benguet in 1900, according to the University of the Philippines Baguio Library (http://mainlib.upb.edu.ph/page34.html).  He published “The Nabaloi Dialect” in 1905, was the Lt. Governor of Cagayan in 1908 and was the first Governor of Batanes in 1909.  He taught German in UP in 1911 where he stayed until his retirement as Professor Emeritus in 1929.

UP Department of Linguistics