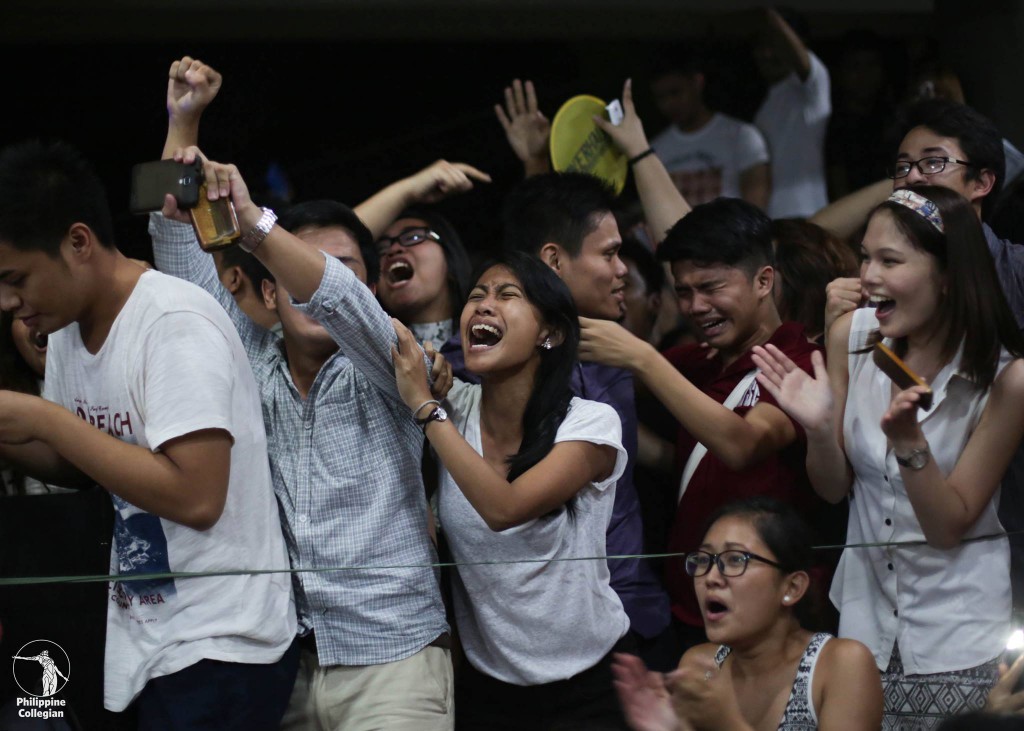 ALYANSA supporters burst into tears and laughter after claiming victory in this year’s UPD USC elections.

According to Article IV Section 2-A of the Constitution of the USC in UPD, “The college representative shall serve as a liaison between the USC and the local student council.”

Election results are inclusive of the number of students who voted online and 11 students who voted manually.
This year’s automated election was facilitated again through the use of the open-source software called Halalan. It was initially used in the 2009 USC elections.

All elected student officials will serve in UPD’s USC for Academic Year 2015-2016.–Photo courtesy of the Philippine Collegian