Sixty-three UP Diliman (UPD) students were conferred the honorific title “UP Performing Arts Scholar” and receiving their certificates of scholarship on Apr. 25, 2017 at the Balay Kalinaw.

Recipients of the Performing Arts Scholarship Program (PASP) of the Office of the Chancellor, and administered by the UPD Office for Initiatives in Culture and the Arts (OICA), the scholarship is for the 2nd semester of Academic Year (AY) 2016-2017.

The scholars are members of the seven current UPD Official Student Performing Arts Groups (OSPAG) chosen through the Honorific Award for Student Performing Arts Groups program (HASPAG). The scholars are from the UP Concert Chorus (UPCC, 6), UP Dance Company (UPDC, 4), UP Kontemporaryong Gamelang Pilipino (UP Kontra-GaPi, 2), UP Repertory Company (UP Rep, 9), UP Singing Ambassadors (UPSA, 9), UP Streetdance Club (UPSDC, 20) and UP Symphonic Band (UPSB, 13).

PASP scholarship is in the form of a tuition waiver and is good for one semester, renewable every semester until the last year of appointment of the recipient’s organization as an OSPAG. All OSPAG members may apply for the PASP through their faculty adviser. HASPAG and PASP were approved by the UP Board of Regent at its 1312th meeting on Oct. 20, 2015.

“PASP was established to appreciate the efforts of our student-artists. During my first term as chancellor, my administration’s theme was ‘Pride of Place.’ We expanded our theme in my second term as ‘Pride of Place, Pride in People.’ During my first years in UP, there was a system for awarding scholarship to student-artists. Later, it was discontinued and I believe there was a need to revive it. Thus, HASPAG and PASP were formed,” UPD Chancellor Michael L. Tan said in his opening remarks.

“Through HASPAG and PASP, we can tap the groups to provide cultural performances to the communities as extension activities that will bring UP to the people. In such way, we can counter the notion that UP people are elitists especially with our recent issues with Pres. Rodrigo Duterte like conferring him with an honoris causa. I also hope that more OSPAGs and PASP scholars will be named in the future,” Tan continued.

Speaking on the recipients’ behalf, UPDC member Leong Sil Rose Y. Panuelos said she “learned two important things while preparing for our performances – commitment and sincerity. We must be committed to develop our craftsmanship as we put long hours into practice. Nothing is gained without much hardship. Second, sincerity is important in everything we do. We can achieve greatness by sincerely investing our time, effort and heart in our crafts,” Panuelos said.

“What we achieve today shows the importance of balancing time for study, friends, family and self. I also congratulate each one because we lighten the burden of our parents through this scholarship. Let us continue to strive for excellence both in academic and extra-curricular activities,” Panuelos ended. She is in her second year in the dance program of the College of Music (CMu).

Forty-one of the 63 recipients were present during the ceremonies with UPDC, UP Kontra-GaPi and UPSA having 100 percent attendance. For the 1st semester of AY 2016-2017, 49 were given scholarship, 34 of whom were renewed.

ConChords, an a capella group composed of five College of Music students, provided the special number. 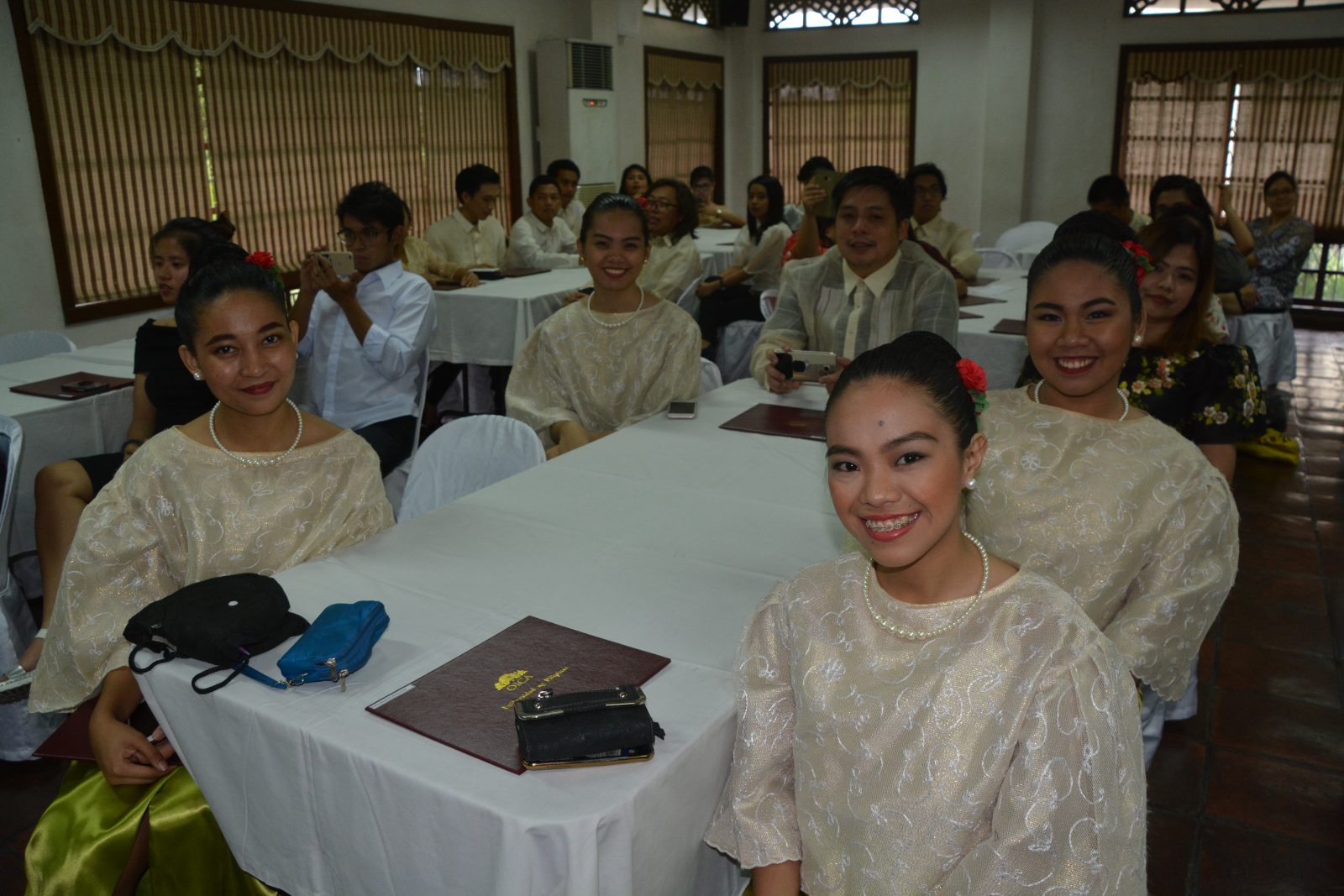