3 new deans for UPD; affirmations at home unit a first

Three new deans were appointed by the Board of Regents (BOR) at separate meetings between April and May: Dr. Orville Jose C. Solon for the School of Economics (SE), Dr. Joefe B. Santarita for the Asian Center (AC) and Dr. Amihan Bonifacio-Ramolete for the College of Arts and Letters (CAL). 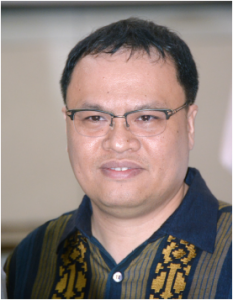 Santarita and Solon’s appointments were approved at the BOR’s 1307th meeting on Apr. 29. Both appointees’ terms are from May 1 to Apr. 30, 2018. Meanwhile, Ramolete’s appointment was approved at the Board’s 1308th meeting on May 28. She serves as CAL dean from Jun. 1 to May 31, 2018. Both Santarita and Solon were affirmed on May 25 at their home units, the former at GT-Toyota Asian Cultural Auditorium at AC; the latter at the SE Julius Limpe Lecture Hall.

An associate professor at the AC, Santarita’s areas of specialization are in Indian studies, migration studies, Philippine culture and society, maritime history and Southeast Asian political economy. He holds a PhD in South Asian Studies from the National University of Singapore, an MA in Asian Studies (Southeast Asia) from AC and a BA in HistoryCommunity Development from UP Visayas. In his executive board are Prof. Rolando G. Talampas as College Secretary and Dr. Ma. Cecilia T. Medina, Tricollege Coordinator.

Santarita’s affirmation marked the first time the ceremony was held in a dean’s mother unit. Previous affirmations were held at the Office of the Chancellor, witnessed by a few university officials, the dean’s family and some college constituents. Chancellor Michael L. Tan said upon Santarita’s selection, he thought of holding said ceremony as UP Diliman (UPD) needed “to have rituals” because as an anthropologist, he believes transitions must be observed.

Present at the affirmation were UP Staff Regent Anna Razel L. Ramirez, UPD Vice Chancellor for Student Affairs Neil Martial R. Santillan, deans of UPD and other UP constituent units and the AC faculty, staff, alumni and students. 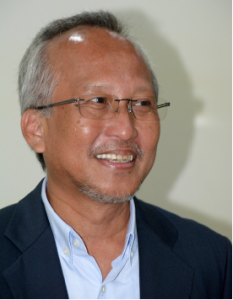 Following Santarita’s affirmation, Solon was also affirmed at SE. The eighth SE dean, Solon is known for his work on health economics, public health issues, public economics and the economics of regulation. Health economics is “the application of economic theories to understand the behavior of individuals, health care providers, public and private organizations and governments in decision-making,” defines the Johns Hopkins Bloomberg School of Public Health.

Solon is known for his leading role in the Health Policy Development Program (HPDP) in 2012. HPDP is a multi-year effort based at SE that supports the formulation of Philippine health policies. Solon said his top three priorities for the School are: to produce more PhD graduates, encourage younger faculty members to publish in peer-refereed journals and secure enough resources to pursue the first two endeavors.

Currently Professor 4, he teaches Health Economics, Public Economics, Economics of Regulation, Econometrics and Mathematical Economics.  Solon received both his bachelor’s degree (1980) and his PhD (1987) from the SE.  He conducted post-doctoral studies in Harvard University from 1990 to 1991. 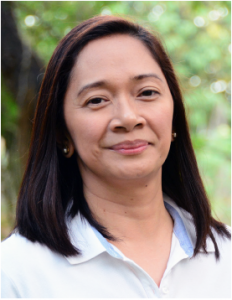 In a statement, Ramolete said she would “serve as an enabler of creative collaborations” to the college known to be one of the most diverse and dynamic on campus. “Since the five departments may each have their unique activities anchored in the programs and courses they offer, the College should serve as a coordinating body to maximize their efforts— the College would function as the point of convergence to further highlight and emphasize the relevance of arts and letters to the bigger society outside the academe,” she wrote.

In related news, the appointments of two UPD deans have been extended: Dean Rolando B. Tolentino of the College of Mass Communication will hold over the position until July 31, and Dean Ronualdo U. Dizer of the College of Human Kinetics will hold office until May 31, 2016.—With reports from Anna E. Regidor