The Philippine Linguistics Congress (PLC) for this year has gone virtual due to the COVID-19 situation.

Now on its 14th year, PLC was streamed live on the official Facebook page (https://www.facebook.com/UPLinguistics) and YouTube channel (https://www.youtube.com/channel/UC0CTbBubzFNEn_eNq1Lvq3g) of the UP Department of Linguistics from August 24 to 27. 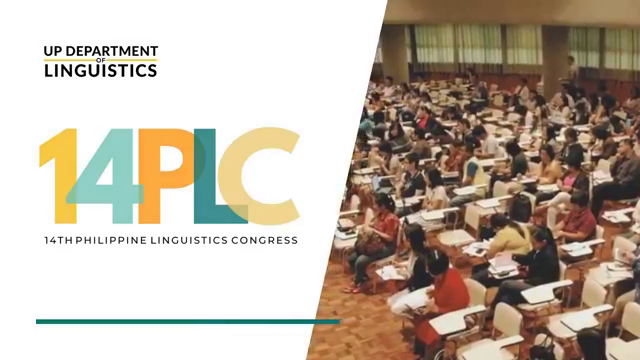 Prof. Jem R. Javier, department chair, remarked that although the face-to-face gathering with its perks of “the smell of good brewed coffee, a hearty ‘lugaw’ for breakfast, luncheon comparable to a wedding reception, cute tote bags,” was greatly missed, a positive outcome of going virtual is that the “conference has been accessible to as many audience members as possible.”

The 14th PLC was held together with Linguistics Month, celebrating the 99th founding anniversary of the UP Department of Linguistics.

In her message to the participants, College of Social Sciences and Philosophy dean, Prof. Maria Bernadette L. Abrera, PhD, said “language, and significantly its study, provides us an insight into the human historical experience, human knowledge, and behavior that we wish to understand. The papers that you will find here will be a record of this human experience that we hope to deepen our awareness of ourselves.”

According to Zorc, as early as 1972, he found innovations “that did not belong to any specific subgroup, but had crossed linguistic boundaries to form an ‘axis.’” He noted that this term is related to German ‘Sprachbund,’ ‘network,’ and ‘linkage.’

In his paper’s abstract, Zorc said his study discusses at least a dozen axis relationships throughout the Philippines.

“Out of over 6,700 etyma in the Zorc Data Sheets, 285 represent axis relationships.  This is less than 4 percent, so they do not undo the overall standing of well-established subgroups, which make up its bulk.  However, these illustrate undeniably evident interrelationships among languages which subgrouping could not otherwise account for,” he said. 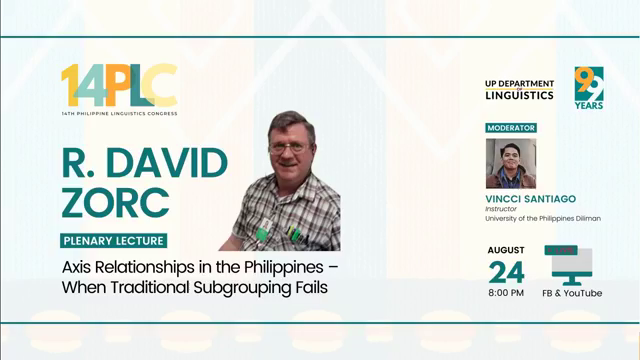 The eminent linguist said, “Most scholars seem to agree that the Malayo-Polynesian expansion left Formosa around 3,000 BCE and virtually raced south through the Philippines in less than one millennium. From southern Mindanao migrations went westward through Borneo and on to Indonesia, Malaysia, and upwards into the Asian continent (Malayo-), and others went south through Sulawesi also going eastward across the Pacific (-Polynesian),” which makes the Philippine languages as the “‘left behinds’ allowing at least two more millennia for multiple interlanguage contacts within the archipelago.”

Zorc has over 40 years of experience in comparative-historical linguistics, lexicography, language teaching, language analysis, curriculum development, and applied linguistics. He is one of the world’s leading authorities on less commonly taught languages, especially of the Philippines.

An accomplished author, Zorc has published 31 books on 24 languages, 40 journal articles, and six dictionaries. He has also presented 30 papers in various international conferences. In 2005, the Linguistics Society of the Philippines awarded Zorc with the Brother Andrew Gonzalez, FSC Distinguished Professorial Chair in Linguistics and Language Education.

Five panels.  Meanwhile, the conference had five panels spread throughout the event’s duration.

“Counter-Babel: Reframing Linguistic Practices in Multilingual Philippines” was a round-table discussion that explored the various faces of multilingualism in the Philippines, in large- and small-scale communities, and in different modalities (oral, written, physical, and virtual).

“Rising to the Challenge of Teaching Foreign Languages during a Pandemic” discussed case studies of some of the Department’s Asian language instructors during the pandemic. Presented at the panel were “Designing a Responsive Curriculum for Teaching Foreign Languages during a Pandemic” by Prof. Farrah Cunanan, “Developing Oral Communication Skills Online” by Prof. Kritsana Canilao, PhD, “Nurturing Language Learner Autonomy” by Prof. Kyung Min Bae, PhD, and “Creating and Maintaining Student Engagement in Distance Learning Courses” by Prof. Ria Rafael. 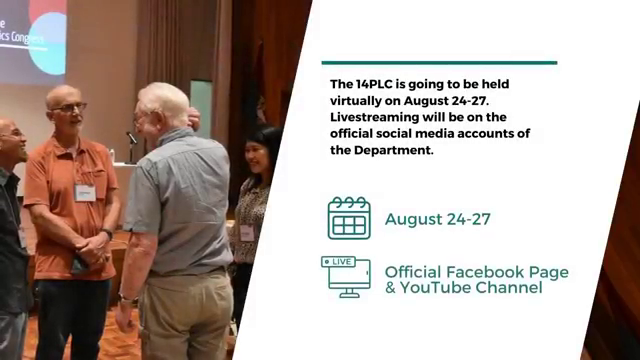 The third panel, “SIL LEAD and Translation Services in the Pandemic,” shared the innovations made to the methods and processes involved in addressing language-related issues during the time of pandemic. It also discussed SIL Philippines’ projects.

Panel 4, “Philippine Lexicography through the Ages,” explored different aspects of Philippine lexicography, from past to present, and toward an envisioned future.

Discussed were “Trends in the Philippine Lexicography against the Linguistic Milieu of the 1950s to the Present” by Honeylet Dumoran, “#LexiCOVID2: Language of the Pandemic”–a group research by Prof. Divine Angeli Endriga, Vincent Christopher Santiago, Noah Cruz, and Janes Dominic Manrique, and “Introducing Marayum (marayum.ph): An Online Dictionary Maker for Philippine Languages” by Samantha Sadural.

Lastly, “Disaster Dialogues: Analyzing Multivocal Experiences of Disaster Narrated through Various Media” investigated how language is used in the experiences of disaster.

PLC.  PLC is an international occasional conference that focuses on advances in the scientific study of language, the realm of theoretical or applied linguistics, as well as the application of linguistic theories in the context of the Philippines.

It is a platform for disseminating the developments in Philippine linguistics where scholars get to share their research on various language issues in the country. It also serves as a good venue where academics can present their comparative analyses of Philippine and foreign languages.

In closing, Javier said, “May the research projects and advocacies presented during this PLC always remind us of the dreams of linguistics as a social science: To bust stereotypes and prejudices, to empower and inform communities, and to bring truth and justice to all.”